Bharatiya Janata Party leader, Tejasvi Surya, has landed himself in controversy after he tweeted about the vandalisation of a banner over outside a Jain temple. The Bengaluru South MP wrote that he was ‘deeply hurt over attack on our Jain brothers in Bengaluru’ while responding to the incident. He also wrote how Jains have been a part of the state’s culture and have made a great contribution in the field of Kannada literature. 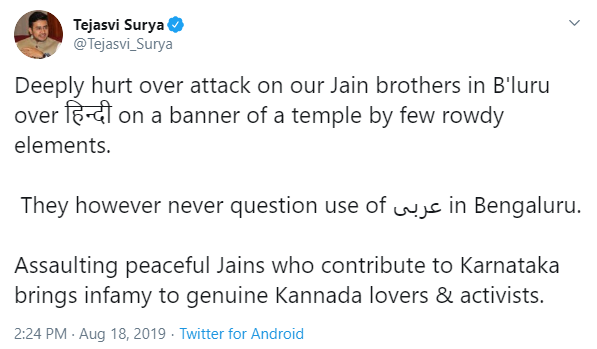 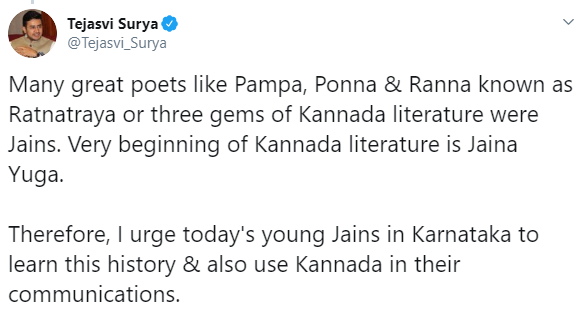 However, what Twitteratti didn’t like was his out of the place reference to Arabic. 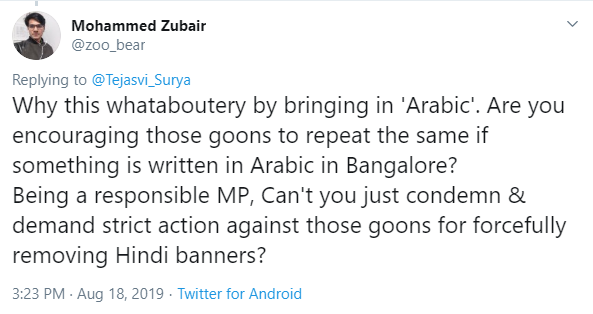 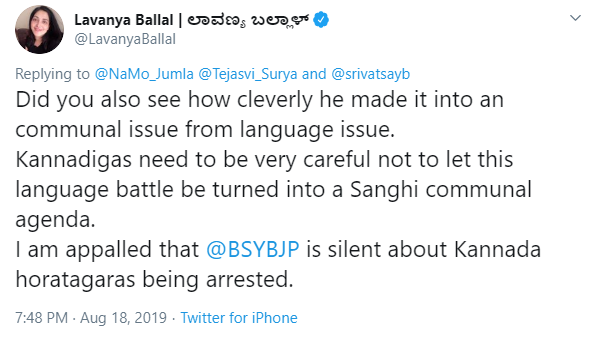 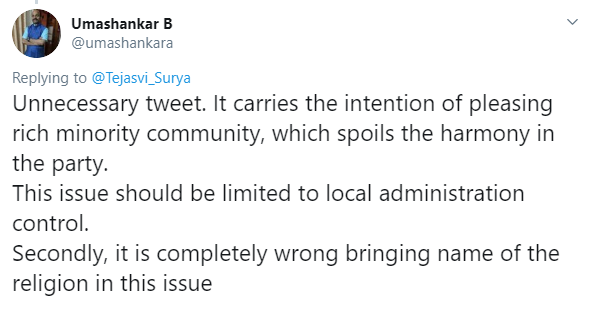 Some also criticised him for not standing up for the cause of Kannada and Kannadigas: 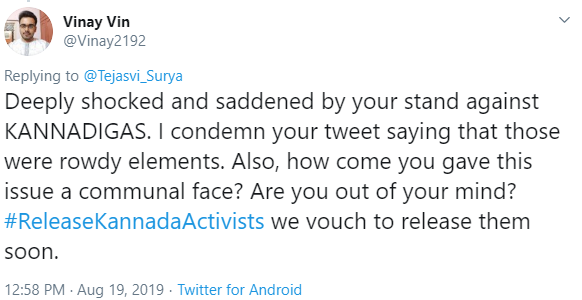 On Friday, activists belonging to the Karnataka Rakshana Vedike vandalised a hoarding outside Ganesh Bagh which is the prayer hall for the Jain community. They uploaded the video on social media platforms in a bid to emphasise the usage of Kannada on hoardings in public, reports Bangalore Mirror.

Meanwhile, six people have been arrested after Bengaluru’s Jain community filed a complaint against some pro-Kannada activists over removing Hindi posters from a temple which allegedly hurt their religious sentiments.

Karnataka Rakshana Vedike, a pro Kannada outfit has been carrying out such activities in Bengaluru. In 2017, they defaced Bengaluru Metro signboards at 8 metro stations. The blackened the names of the stations written in Hindi in a bid to counter Hindi imposition.