“Don’t treat your mom as Goddess and put her on some high pedestal, she is a wife and above all she is a woman,” says Renee (Sanya Malhotra) as she tries to reason with her boyfriend Nakul (Ayushman Khurrana) who has forced himself into a seclusion after coming to know about his mother’s pregnancy. This comes at a time when he was planning to marry Renee (Sanya Malhotra). Badhaai Ho tackles with the subject of middle-age pregnancy and how it touches upon the lives of three generations of a quintessential Delhi family. Here are some reasons why we feel Badhaai Ho is one of the most progressive films of recent times.

The amazing, amazing Neena Gupta:  Bollywood has never been kind to this incredible actor. Time and again, Neena Gupta has mastered the thankless art of disappearing into characters.Here, she is  Priyamvada (Neena Gupta), a mother of two “grown up” sons, unexpectedly finds herself pregnant again. Her husband Jeetender Kaushik (Gajraj Rao), a TTE who is nearing retirement, doesn’t know where to hide his face. More shocked are his two sons who could not take it that their parents still have an active sex life. Gupta brings in a delightful mix of weariness and determination to her character. Yes, she is initially embarrassed with the situation but she also knows what she wants. Even when she is tackling the disapproval of her family, it is done with kindness and grace. In her quiet determination, we see a different kind of feminism. 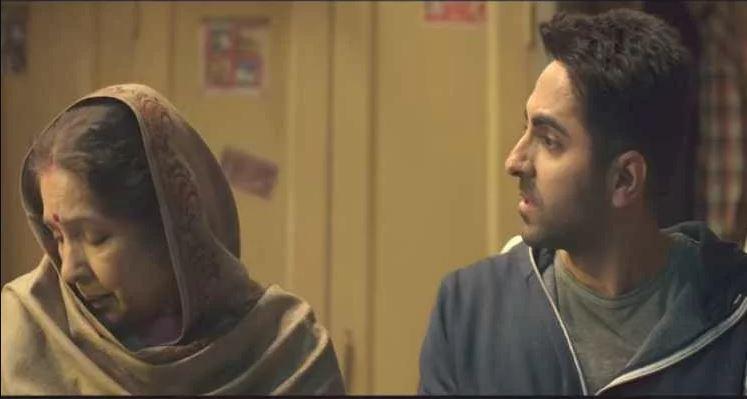 The men and their journey:  Yes, Ayushmann Khurrana is delightful as the perpetually embarrassed son, but this film is also about his journey to acceptance. Indeed, he is the prude who needs to loosen up in this story. In contrast, the shy middle-aged father comes across as more sexually liberated person. He reads his wife poetry on  rainy nights, he shaves off his mustache on his wife’s insistence, he quietly supports her decisions.

The women actually stand up for each other: The most amazing camaraderie in Badhaai Ho is shared by its female characters.  Veteran actor, Surekha Sikri, excels as the typical Dadi who blurts out home truths and defends her daughter-in-law even when she constantly bickers with her. She is a product of patriarchy, yes. She spews venom on her when she finds out about the pregnancy but also defends her when she realises that the situation is getting out of control. The bond of empathy between the female characters is resilient and unyielding. Sanya Malhotra, the son’s love interest, is the voice of reason of the film. She constantly chides her boyfriend for being so harsh on his own mother. He encourages him to accept her as a woman too.