What are we teaching our kids? An excerpt of a lesson from a textbook of a reputed Delhi school is floating on the social media which offers a bizarre experiment to students to find out whether living things need air to survive or not. It says: “No living thing can live without air for more than a few minutes. You can do an experiment. Take two wooden boxes. Make holes on the lid of one box. Put a small kitten in each box. Close the boxes. After some time open the boxes. What do you see? The kitten inside the box without holes has died.”

This is part of the textbook – Our Green World by PP Publications – meant for Class IV students and is being used in several schools across North India to teach environmental science.

Though after a complaint, the publishers stopped its distribution, it is still being taught to children in several schools that had already purchased it. Federation of Indian Animal Protection Organisations (FIAPO) have also received a complaint urging the organisation to launch a formal protest against the publishers of the book.

The one pertinent question that arises out of the situation is: what are we teaching our future generations. Isn’t it time for a serious relook into the school curriculum and literature that is provided in schools?

By what it looks like, the authors and the publishers of the book took the Schrodinger’s cat experiment way too seriously. The experiment, which is often described as a paradox, was devised by Austrian physicist Erwin Schrödinger in 1935. As per the thought experiment, a cat is imagined to be enclosed in a box with a radioactive source and a poison that will be released when the source emits radiation. According to quantum mechanics, the is considered to be simultaneously both dead and alive until the box is opened and the cat observed.

After the excerpt of the book was found online, several people have been urging the governments to take action against such books and schools who are teaching such things.

This part of the textbook comes to the fore just days after a class 12 sociology textbook published by Maharashtra board stated that “ugliness of the girl” is one of the reasons why families seek dowry during marriage. “If a girl is ugly and handicapped, it becomes very difficult for her to get married. To marry her, the girl’s bridegroom and his family demand more dowry. The helpless parents of such girls are then forced to pay up,” the book read. Having been used for over two years, students prepared for their the Higher Secondary Certificate board examinations studying this said excerpt. 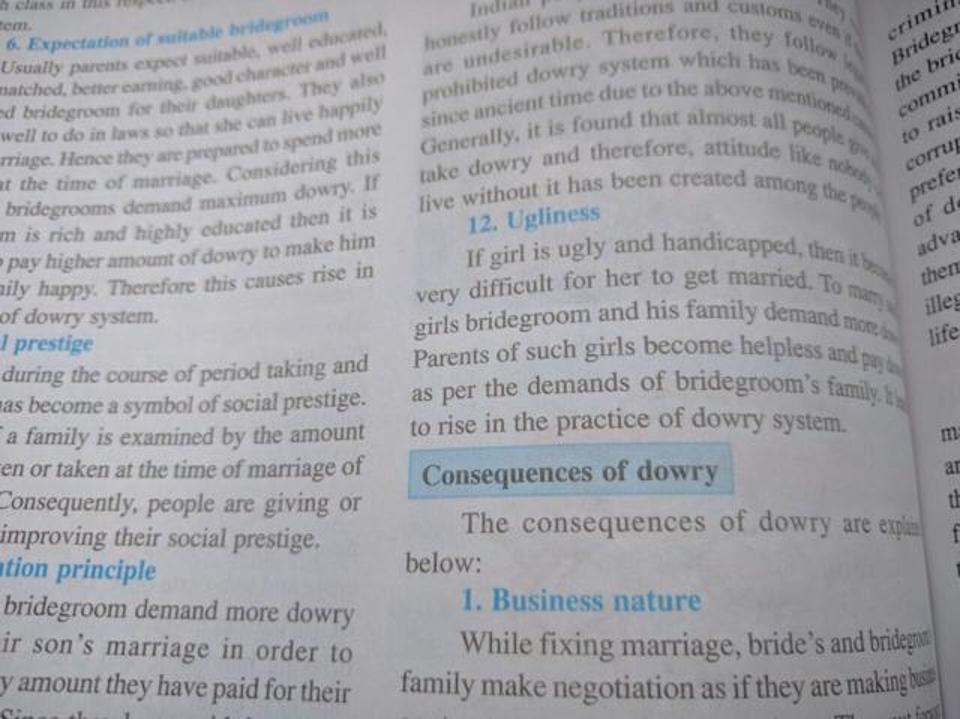 Such issue have brought to light the lapses in the existing educational system. ‘What are they trying to teach??’, is one question that everyone is vehemently asking.