“Lamborghini” aka Goth Chicken is a coal-colored chicken from Indonesia is not just completely black in appearance, but all of its internal organs, muscles, and bones are black too!

The effect is known as fibromelanosis, caused by a genetic variation. It may sound alarming but it simply means that this bird produces about 10 times more melanin than the normal chicken, according to Science Daily. This process begins when the chicken is in embryo and finally produces the most adorable little black chicks.

This chicken was initially discovered in Indonesia, however, since the United States has directly banned imports from the country, this chicken has become all the more rare and fancy to people and pictures of the ‘Goth Chicken’ have gone viral. The chicken has also been reportedly found in China, Sweden and Vietnam. 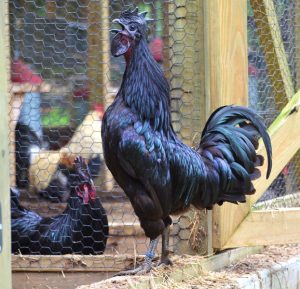 Reports suggest that a new-born chick (any gender) of this breed can be very expensive to an approximate cost of $199!

There are other websites advertising sale of a similar breed, but given their rare nature there is a high probability that those aren’t authentic chickens. 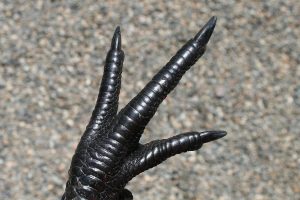 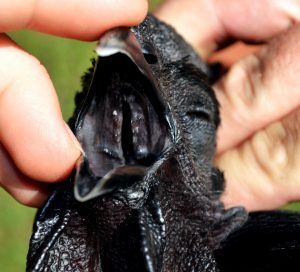 It is supposed to be found in royal courts and not eaten for its meat. It also served for religious purposes and people believe that it is an emissary between the human and supernatural world. 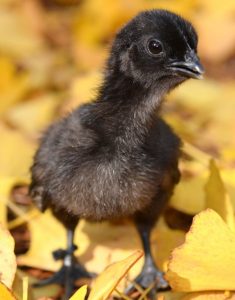 The black pigmentation is formed by the genetic fluke of duplication of two DNAs (one of them upside-down) which causes them to have black meat, black bones and a black tongue as well.

Because of its dark hue the Javanese believe the Goth Chicken can bring power, reputation, and wealth.