We have seen several road safety campaigns. But how to raise awareness on road safety in an innovative way? Well, this 19-year-old from Kerala is telling us, in a unique way, how a split second of carelessness on road could lead to fatal accidents.

Hafiz Sajeev from Alappuzha district is recreating such accidents into photographs and mini videos. It was a near miss which made Hafiz think about something to create awareness among people.”I was travelling in a public transport bus in Kochi. A little ahead of the bus, on the side, was a man opening the door of his car, without looking. The door hit another man who was coming on a bike from behind. He lost his balance and fell on the road. The bus I was riding in would have run him over if the driver had not been careful. Back home, I discussed it with my friend Anas we thought we should capture it in,” Hafiz says.

Following this Hafiz went on to capture those fatal moments, where even a stray dupatta can be the cause of an accident. 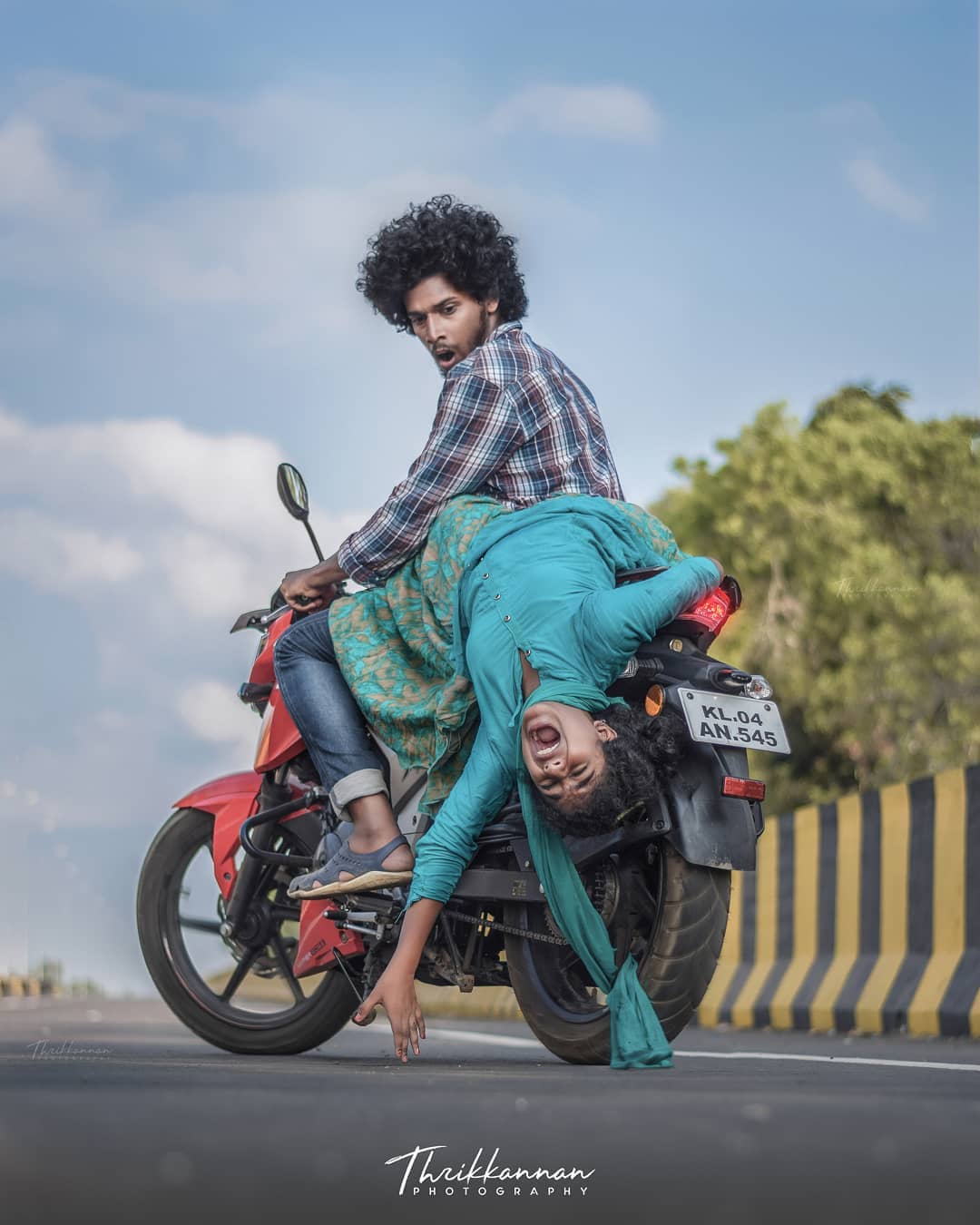 It’s not just the road accidents that have caught Hafiz’s imagination. The 19-year-old has also made a video on chain snatching which also is a retake of an incident where a woman got injured while chasing a snatcher.

Hafiz is aided by his models’ – his friend Anas and sister Hasna. “Basically I have three weapons my friend Anas my sister Hasna and my camera. It’s a Nikon’s basic model camera but its everything for me,” says Hafiz.

Recreating these incidents have their set of difficulties. “During a photoshoot, Anas had to jump from a bridge right into the water. I got the right shot after a few takes. By that time, people gathered around wondering what was going on. It took some effort to make them understand that it was just a photoshoot and not a real accident,” says the 19-year-old.

Hafiz, who studies VFX at a Kochi college, shares these images and videos through his Instagram handle-‘Thrikkannan’- meaning the third eye. “The name Thrikkanan means the third eye and I like to see the world from my third eye- my camera,“ he says.
Started in 2016, Thrikkannan has more than 1 lakh followers now. Hafiz says the followers and these supporters are his fuel that inspire him to do more such work.

His dreams, however, are not limited to this. “My dream is to start a company with production of filmmaking and photography. I also want to take care of children and start an NGO.”
Despite awareness campaigns, police data says Kerala witnessed more accidents in 2018 than the previous year claiming around 4,200 lives. In such a scenario, creative initiatives like that of Hafiz do assume significance.