The houses in Dharavi, Dhobi Ghat and Jaffer Baba Colony slums in Mumbai have been given a facelift with ‘rainbow’ colours. Mumbai-based artist Rouble Nagi’s NGO, the Rouble Nagi Art Foundation started this initiative three years ago.

Rouble’s ‘Paint Dharavi’ project began in 2016, where she along with her team painted and waterproofed houses in the slum. Later, this project was expanded and renamed ‘Misaal Mumbai’.

The NGO has till date painted and waterproofed over 43,000 houses in parts of Dharavi, Dhobi Ghat and Jaffer Baba Colony in West Bandra.

“It’s not just about painting houses. We want to work for the betterment of their lives. It’s about educating those living in this area about cleanliness, good health and hygiene”, says Roubal.

The artist is happy with the support from those living in the slums. “They earlier used to be ashamed of revealing their address they told me, but now they point towards the colorful stretch and say ‘that’s where we live’,” she says. 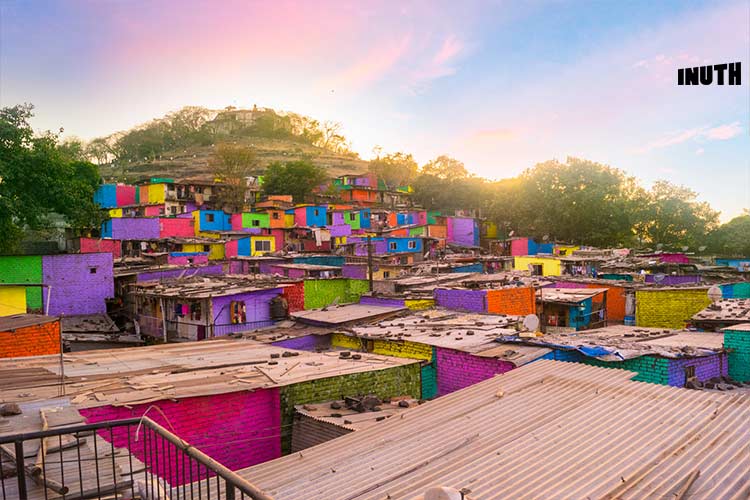 “Art brings people towards us, so through Misal Mumbai, we try to take as many kids to school as possible. We do skill development courses for women so that they can work from home and support their families”, says Rouble.