The trailer of Baahubali: The Conclusion has created a stir, which is nothing that was unexpected. After the humongous success and the popularity of the first film in the series, Baahubali: The Beginning, the excitement around Baahubali 2 was unprecedented. However, as soon as the trailer got released, reports started coming out that the makers of the film have already earned their profits from the part one and therefore, with Baahubali 2, they will be superseding their profit margin. This is not true, though.

SS Rajamouli had earlier told in an event that the budget of Baahubali series was Rs 450 crore. And since it was not possible to incur the amount with just one film, they decided to split it into two. When Baahubali released, it made a terrific record at the Box Office. The revenue for the makers turned out to be close to Rs 320 crore. This amount is still less than the total cost of the film, which substantiates that the makers are yet to make any profit from the Baahubali series. Though the distance to the profit amount is not very difficult to achieve and the makers shall incur the full cost of the film just by selling the satellite rights and the music rights. While the details of who has acquired the satellite rights are not yet out, the music rights of Baahubali 2 have been divided between T-series and Zee Music. The Bhushan Kumar-helmed company owns the music rights of the Tamil and Telugu version of the film while Zee has the rights to the Hindi version. Recovering Rs 120 crore from just the satellite and music rights is not difficult considering the music rights of Baahubali 1 were sold to Zee for around Rs 30 crore, while the satellite rights went for around Rs 42 crore.

With Baahubali 2, the amount of satellite rights is expected to go high and so is the amount of the music rights. Even if the music rights are sold for Rs 70 crore (which is a basic minimum rise) and satellite for Rs 50-60 crore (which again is a very basic minimum increase), the makers will be rest assured to incur the cost of the film, which currently needs Rs 120 crore to be recovered.

Also read: Forget Troy, Bollywood churning out an epic like Baahubali seems to be next to impossible

For the makers to earn profit already, Baahubali: The Conclusion has to earn an amount of at least Rs 120 crore. Currently, the breakup of the business done by Baahubali 1 is as follows: 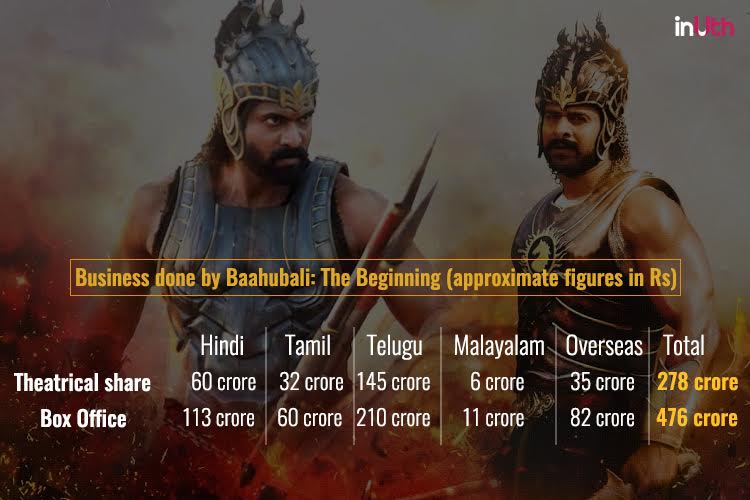 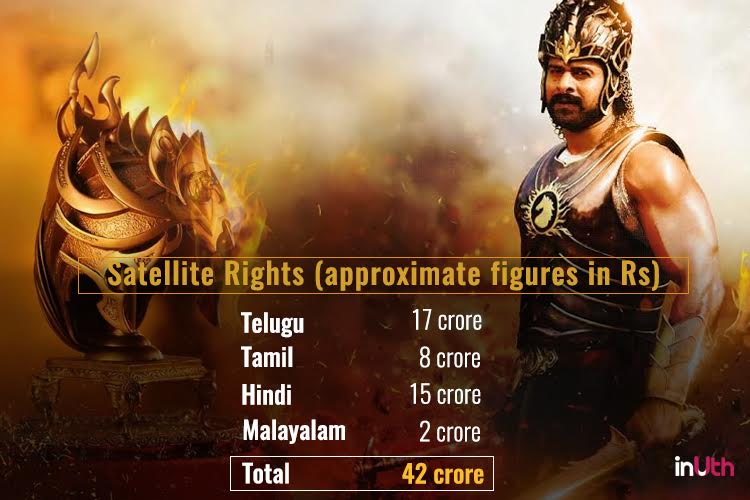 Featuring Prabhas, Rana Dagubatti, Tamannaah Bhatia and Anushka Shetty in the lead, Baahubali 2 is slated to hit the screens on 28 April. By the way, if you want to know about the top three theories seeking the answers of — why did Katappa kill Baahubali, here’s your guide: