Sohum Shah is a self-professed contradiction. He begins certain sentences with prakriti ka niyam and points out the disparity between our desires and the opportunities presented to us by the universe. In the space of a sentence, he’s both a philosopher and an astute actor-producer.

His latest film, Tumbbad is a meticulously planned horror film, but Shah himself doesn’t claim to be a fan of the genre. “I think I’ve seen about one and half to two horror films, in my lifetime. I tend to lose my sleep after watching them,” Shah says in a telephonic interview with InUth.

Making his feature film debut with Anand Gandhi’s Ship Of Theseus, Shah claims to have grown up on the huge Bollywood melodramas. “The ones starring Shah Rukh Khan, Salman Khan or Aamir Khan – they’re the kind of films I’ve grown up on. I’m a typical Bollywood wala insaan. Hum Aapke Hai Koun is my film. In fact, I’ll tell you one thing – I’m still unclear if I love my brother like I do because of the bond we share, or because we saw Mohnish Behl and Salman Khan at a very young age”, Shah recounts in a freewheeling chat.

Excerpts from the conversation:

You told a newspaper that you had to maintain the look, physique of your lead character for over 6 years. What kept you motivated for such a long time?
It’s like falling in love. 6 mahine kya, 1 saal kya, aur phir 6 saal kya! And it’s not like we were sitting idle over long stretches of time, we were constantly writing, re-writing, there were look tests, the music of the film was being composed.

The physicality (of the character) is easy to maintain considering we have the luxury of gyms, trainers. The tricky part is the emotional continuity. We were shooting for a few months at a time, and that sur (pitch) that I held in the first shot, had to be consistent through the rest of the film. So how did I keep myself motivated for all this time? I was in love, and this is a film I don’t think I’ll ever get the opportunity to make again.

In an interview you said you didn’t grow up reading a lot of books, or watch a lot of world cinema. So how did you choose Ship Of Theseus (SoT) as your first film?
I guess it is bhagya (luck), uparwaala (almighty), whatever you want to call it. A lot of times, there is a gap between what you want to accomplish in life and what life offers in return. When I started out, I wanted to star in those big, melodramatic Bollywood films, a desire that remains till today. But then I found the story of Ship Of Theseus, and it was something absolutely new and I told myself to dive in.

The kind of films I wanted to make, and the kind of films that were offered to me – were completely different. And I think I made the most of it. Whether it was SoT or even Tumbbad, that releases this Friday. I think I’m quite satisfied with my journey up till now. I think we’ve done well, and made a nice film. 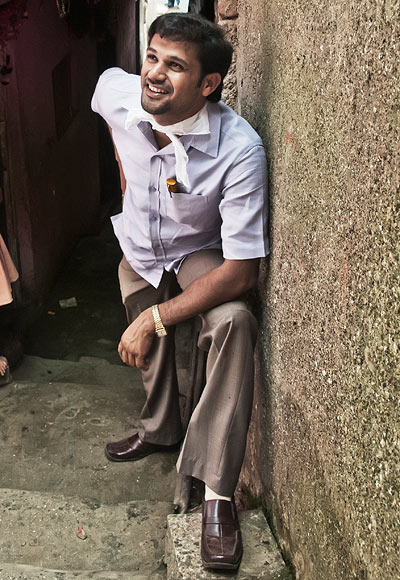 So then did you take part in some acting courses, before you set foot in Mumbai?
I’ve learned from life. In fact someone quoted Steven Spielberg in an acting workshop that I attended, where he said that if you surround yourself with brilliant people, then you automatically start learning. I think I had the good fortune of working with the ‘right group’ of people. Whether it was Anand Gandhi who I spent a lot of time with during SoT, Rahi Anil Barve (director of Tumbbad), Pankaj Kumar (cinematographer), Mitesh Shah (writer of Tumbbad). I’ve hung out with these individuals for about 4-5 years, and I think that’s why I haven’t felt the need to go to an NSD or FTII. I educated myself as an actor simply while talking to them, over a meal, or just by observing them on set. 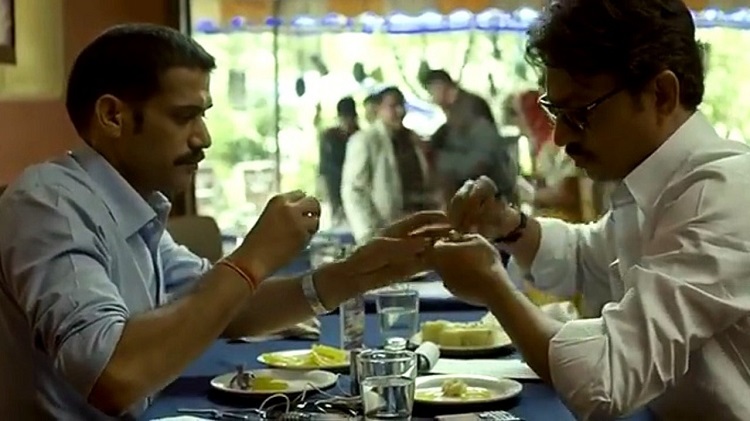 When did you move to Bombay, to become an actor?
I used to keep shuttling between cities till around 2010, until the production on SoT began. Those two years that I spent in Mumbai, was not a pleasant experience at all. The culture shock of moving directly from Shri Ganganagar (Rajasthan) to Mumbai was so drastic, that it took me a long time to get used to it. It was hard for me to fathom the courage to enter a coffee shop and ask for a cappuccino. There was hardly an experience or exposure before this because even in Ganganagar, I was a kuey ka mendak (a frog in a well). So what I did was, I moved to Jaipur – since that would be close to both Ganganagar and Mumbai. I spent 3-4 years there, but then I realised that if I have to seriously carve a place for myself in Hindi films, then I will have to stay in Mumbai. I’ve been living here for about 2 years now.

Had I come down between the age of 18-22, then it would have been relatively easier to gel with the city. Mumbai has this way to make you feel isolated, when in fact I come from one of those Hum Aapke Hai Koun-type families.

Your film choices have a studied quality to them – what is the one characteristic in a role that appeals to you?
Character mein dum hona chahiye. Whether it is Talvar (Shah played ACP Vedant Mishra) or Simran (where Shah played the typical introverted but sharp, settled-in-US bloke) they weren’t merely incidental characters. Before I began my acting career, I had already spent a majority of my life working for money. I didn’t become a part of this industry, to make money. Thanks to my work in Shri Ganganagar, the parts I choose have nothing to do with a paycheck. That’s liberating because I can choose to only to do roles/directors that dazzle me.

With Talvar, Meghna (Gulzar) approached me. I really liked the script, and I immediately said yes. The character had weight, and was of consequence to the film’s climax. The duration, positive or negative, all that doesn’t matter. You could be doing a long-ish part but still have no impact on the film. That’s no fun either. There were also films I missed out on, because I was working with Tumbbad not just as an actor, but also as a producer. Tumbbad is my dream project, and I think it is my privilege to be a part of it in not one, but two capacities. 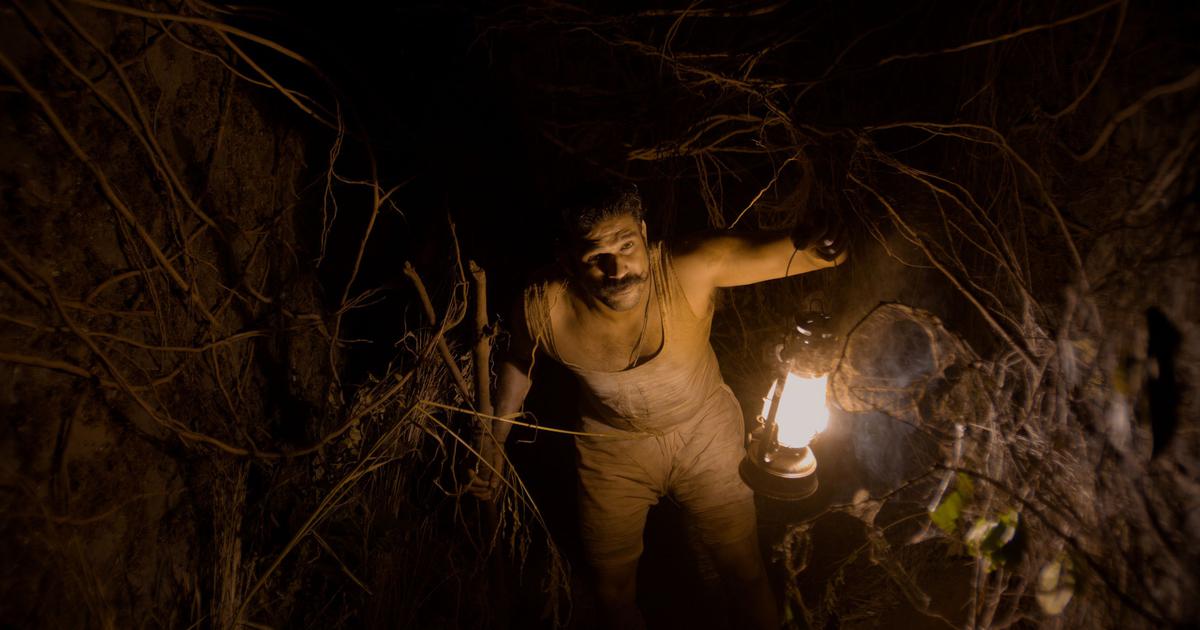 You’re quite a savvy producer too, along with being an actor. How does that work?
Acting is what I came here for. I also sometimes back the films as a producer, so that I get to act in those parts. It liberates me to take those manmarzi waale (as the heart pleases) acting jobs. I’m able to produce some of these films, because I have been a businessman earlier. I understand numbers. I’ve set up a reasonably solid business in Shri Ganganagar, so I’m able to devote those skills to films I truly believe in.

With Sacred Games, and streaming services entering the market – there’s opportunity for a lot more edgier content. Do you see yourself getting into it?
I don’t like to speculate about the future, but at the moment I’m not really very enthused about web content. I’m more into films that release on the big screen, because I like to take my own time with them. I would be a little hurt if I saw someone saw Tumbbad on a phone or a laptop. It’s one of those films that has ambitious VFX, it has atmospheric music in the background… alag film hai yaar. We’ve devoted an unusual amount of time to get the little things right, only so that it’s absolutely ripe for the big screen experience. If you watch it on the phone, mazaa nahi aayega. 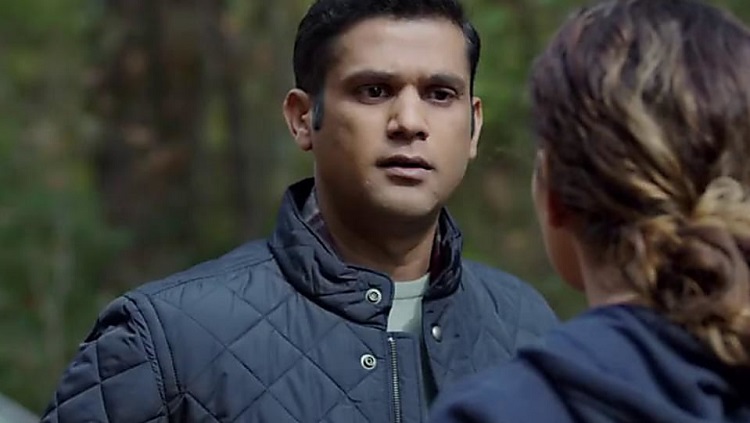 What do you think of the state of horror films in India? Why do you think it was abandoned as a genre after great directors like Bimal Roy delved in it, during the 50s and the 60s?
I guess it is the law of nature, something is destroyed and consequentially something is created. And the other way round too. Now, I think the trend of good horror films is about to return to Bollywood. Recently, Stree came out with its own brand of horror. With Tumbbad, we’re going to explore other areas in the genre, and if it gets a fraction of the response, then that will bring the limelight back on ‘smart horror’. Horror is such an interesting genre, when you fuse it with anything, the possibilities increase exponentially. Khelne ka maidan badh jaata hai, nothing is sacred anymore. The skies could explode, the ground could disintegrate, anything can happen.

Character-actors like Pankaj Tripathi, Sanjay Mishra and Nawazuddin Siddiqui, are taking the centre stage. Do you think this is a phase or a trend that’s here to stay?
Definitely a trend that is here to stay. I think we’re past the stage where the only thing you bring to a film is ‘swag’. These character actors you’ve mentioned, they bring surprise giggles in an otherwise ordinary scene, they bring emotional heft when necessary. They are able to do that because they’re engaging actors.