Prabhas and Rana Daggubati essayed the role of warring cousins Amarendra Baahubali and Bhallala Deva in SS Rajamaouli’s Baahubali 2.  The cinema goers loved the fictional epic which has already crossed the Rs 1,500 crore mark in terms of worldwide collections. The viewers loved to see them fight against each other in the magnum opus. But off-screen, their equation is completely different. Prabhas and Rana Daggubati are Telugu cinema industry’s ideal BFFs.

In a country where the film industry is star-centric, there are reports about some actors not going well along with each other. In Bollywood, there are instances of popular tussles between stars. So, how can the South Indian cinema fraternity be left behind? But Rana Daggubati and Prabhas’s friendship is known in the industry. They are often spotted together at public events and you cannot believe they shared animosity on the silver screen. It is one of those rare occasions that the viewers have loved both the hero and villain in a film. In an interview to Bollywood Life, Prabhas revealed that he and Rana became best friends while shooting for the first instalment.”I had met Rana just 2-3 times before the shooting for Baahubali commenced. Soon, we became really good friends as the filming progressed.” 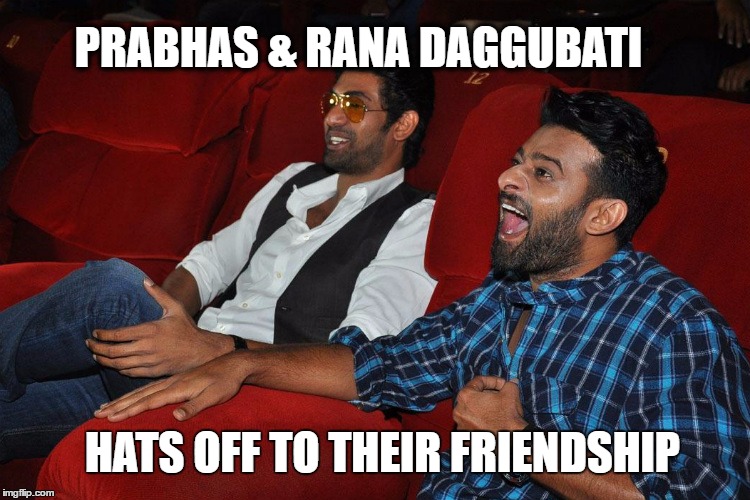 Prabhas and Rana Daggubati are best friends in real life.

On the other hand, Rana also heaped praises on his Baahubali co-star and hailed him as the biggest pan-India superstar. In a heartfelt Instagram post, he wrote,

A big shoutout this fine gentleman my co-star, friend and the Baahubali himself. He was the one who stood by this film rock solid for over 5years at the peak of his career unquestioned and with a smile….today he stands as the biggest pan-Indian superstar and deserves every bit of it. Proud and happy to be a part of his journey!! Saahore Baahubali!!

Prabhas revealed that during the shooting of the film, they had grown too close that it was difficult to spend time without each other on the sets. “We were a great source of entertainment on the sets. Only when Raja sir (SS Rajamouli) used to shout at yes, then we would realise that such a film did require a lot of dedication. We shot for around 150-200 days,” he added further. When asked who was his favourite co-star, Rana said it was none other than Prabhas. In fact, he even backed Prabhas when there were reports that Hrithik Roshan and other actors were in fray for the titular role of Baahubali.

Not true at all 🙂 Prabas was on the project during the script stage and I got on board right after!! https://t.co/Ed0TOiwd0I

Now, you know how great fans they are. 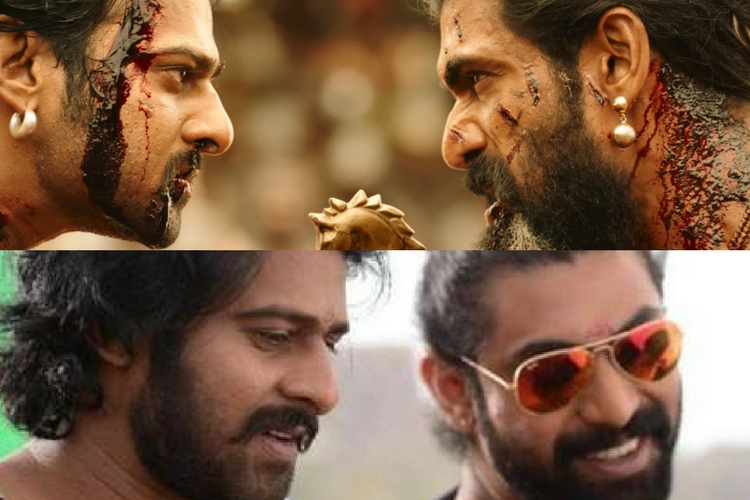 No friendship without pranks

Prabhas and Rana Daggubati enjoy playing pranks on each other. As far as we know, it is the shy Prabhas who was at the crosshairs of his co-star. On a chat show, Daggubati once revealed how he gave a prank call to his on-screen cousin and pleaded for help as apparently, the police had caught him. It took no time for Prabhas to guess that it was actually a prank and he said over the phone,”Tell them you are my companion in Baahubali 2 and they will leave you.”

Rana Daggubati was again in his joyful mood when he posted a funny matrimonial ad for Prabhas. In the post, he wrote,”36-year-old warrior and military leader from a respectable nomad family. 6’2″, extremely well-built-will help with heavy household chores.”

Wonder what Anushka Shetty aka Devasena might be thinking about their bromance. 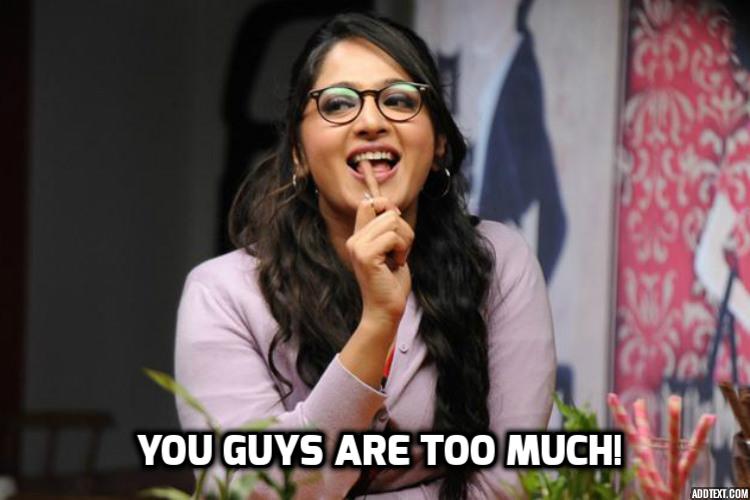