Popular Punjabi pop singer Parmish Verma, best known for his hit single, Gal Ni Kadni, was shot at by unidentified persons in Mohali on Friday. The incident happened in Sector 91 where Verma was attacked near his home.

According to a report by IANS,  a white Hyundai Creta car had followed the singer’s Toyota SUV from Chandigarh. The car then stopped in front of his vehicle near his residence and assailants fired the shots.

Also Read: WATCH: Punjabi singer Indeep Bakshi opens up about his rift with Badshah and his bond with Raftaar 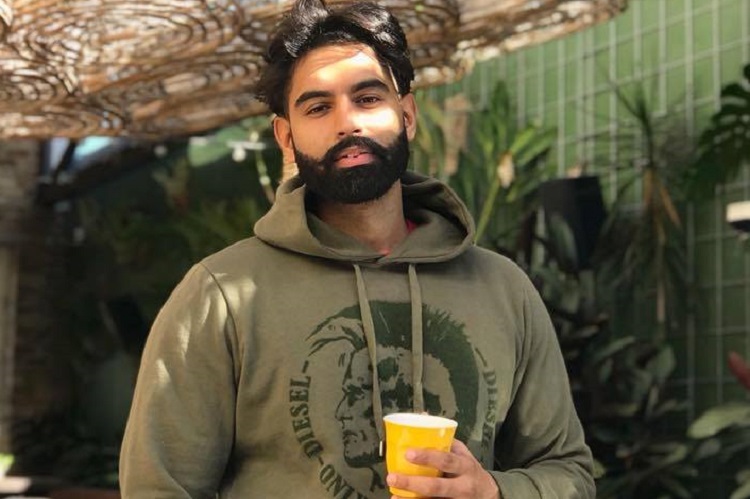 Verma sustained an injury on his thigh and was later admitted to the nearby Fortis hospital. His friend, who was accompanying him also received injuries, however, both are now out of danger.

Gangster Dilpreet Singh Dhahan, a notorious gangster in Punjab who is wanted in many cases of murder and attempt to murder, claimed the responsibility of the attack. In a Facebook post, which was put up around four hours after the attack, Dhahan admitted to shooting at Verma. However, the motive behind the attack is still unclear. 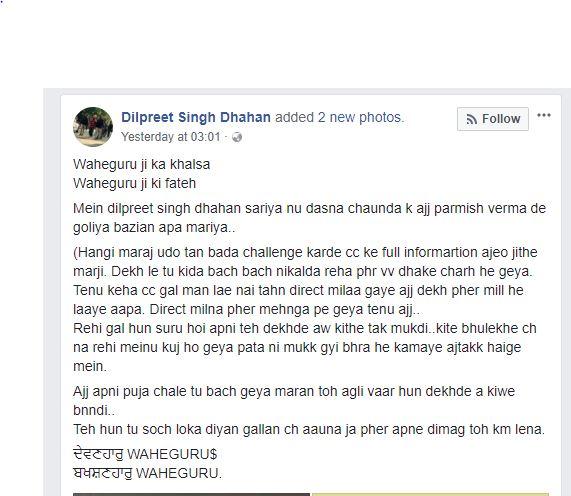 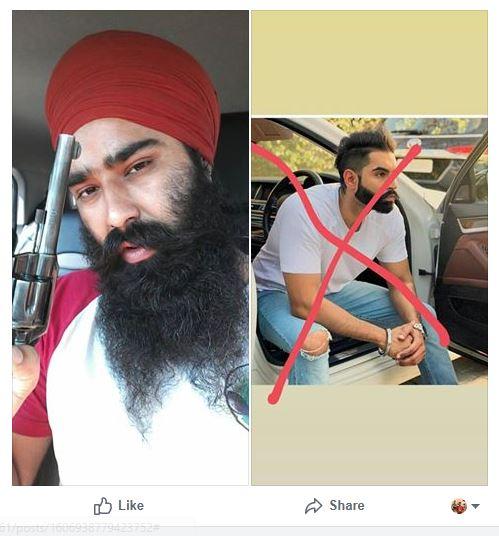 ALSO READ: How this Mumbai gangster-turned-marathon runner outran his underworld past

The post reads, “See, how you always used to run away but somehow I managed to get you. I had warned you to listen to me else you’ll have to pay a heavy price. See, what happened now. This has now started between us. Don’t be in an illusion that anything will happen to me. You were saved today because of your prayers but let’s see what happens in future.”

The investigating agencies, however, are yet to confirm whether Dhahan was actually behind the attack or this ploy to distract the investigators. “Cyber experts of the district police are trying to find from where the post was uploaded and whether it is authentic or it was an attempt to distract the police investigation,” Kuldeep Singh Chahal, SSP, Mohali told the Indian Express.

The trend of gangsters openly bragging about their crimes on social media isn’t new to Punjab. In November last year, Saraj Sandhu, a wanted gangster in a Facebook post, openly declared that he killed Hindu Sangharsh Sena leader Vipan Sharma. In the post, Sandhu justified killing Sharma as an act to avenge his friend’s father’s murder, reported Tribune.

In February, another gangster named Davinder Singh alias Babli Randhawa posted four Facebook live videos in which he talked about murdering a financier in a busy market area in Sangrur district. In the videos that later went viral on social media, Randhawa sang songs in his own valour and claimed that he killed him out of personal enmity, reported Hindustan Times.