In a shocking case, three minors were mysteriously found hanging from a tree in Rajasthan’s Barmer. The incident happened in Swaroop Ka Tala village where the deceased, two Dalit girls who were cousins and a Muslim boy, were found dead.

According to the authorities, the matter is said to be a case of suicide and it is being probed to ascertain further details. The bodies of the victims were found on Friday morning and were later handed over to their respective families after post-mortem.

However, the mysterious deaths have raised several questions. Many villagers claim that the boy was in a relationship with the two girls, which is the reason why the trio may have taken the extreme step. 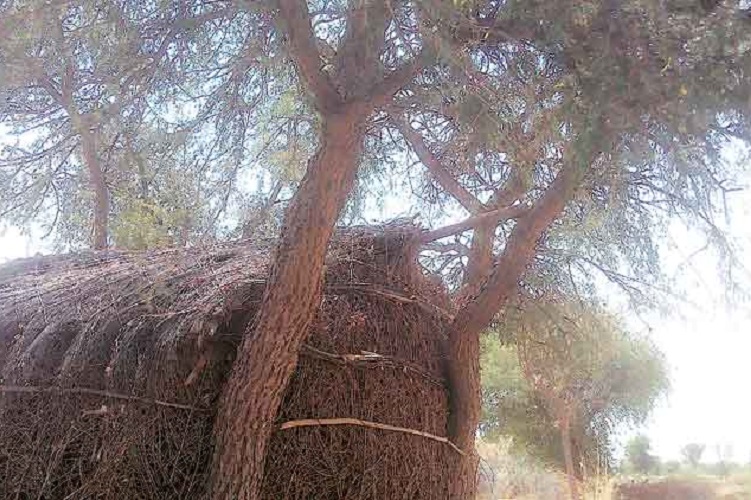 The spot where the bodies were found | Source: Indian Express/Deep Mukherjee

However, the father of one of the girls, who belongs to Meghwal community, has said that the girls were kidnapped, raped and later murdered. He blames the minor youth who was found dead with the two girls, as per a report by The Indian Express. He has filed a case of murder and rape.

The IE report also talks about the strained relationship between Meghwals and Muslims of the village, which is why many refuse to call it just a suicide.

Another report in The Times of India confirms that the mass suicide is linked to a love affair between the trio.  They reportedly were involved in an affair which wasn’t approved by the villagers. A meeting was also held in this regard to dissuade them from continuing it.

But when InUth spoke to Barmer Superintendent of Police Gagandeep Singla, he brushed aside all the accusations of murder and rape. “The post-mortem report clearly says it’s a case of suicide. Nothing else, has been substantiated as of now,” Singla told InUth.

He also added that there hasn’t been any sort of communal disharmony in the village. “There have been no conflicts between the communities till date. All such reports are untrue,”  he added.