Three days after a 23-year-old youth was allegedly murdered over an inter-community love affair, Raghubir Nagar in west Delhi’s Raghubir Nagar continues to be manned by security personnel. The deceased Ankit Saxena was stabbed to death in full public view by the family members of the girl he loved on Thursday, in a brutal murder that has shocked the entire locality.

Ankit, a photographer by profession, was in a relationship with a 20-year-old woman who belonged to the minority community. The girl’s family was opposed to the relationship because of which they never agreed to marry her off with him. On Thursday night, he was confronted by the girl’s family which later snowballed into a violent altercation leading to his death. The girl’s parents, as well as her uncle, are now in judicial custody while her brother has been sent to juvenile home. 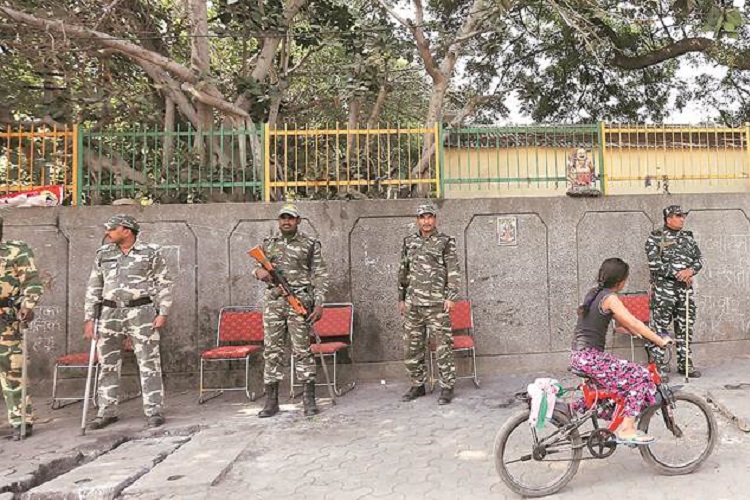 What actually happened on the day of the murder?

On Wednesday, the girl’s 16-year-old brother saw Ankit’s messages on her phone and showed it to their parents. This angered her father resulting in a big fight between them. Her parents also threatened her to marry her off with someone else. The next day, at around 7:30 pm, the girl locked her members of the family inside the house and went to meet Ankit. Suspecting that she might have eloped with Ankit, her family members went to confront him. They spotted him near his house in Raghubir Nagar after which altercation was triggered.

When the accused asked him about the girl’s whereabouts, he suggested that the matter could be resolved in a police station. But they paid no heed and began assaulting him. In the commotion, the accused took out a butcher’s knife and slashed his throat. Ankit’s mother Kamlesh and father Yashpal were also assaulted when they came to intervene, reports the Indian Express. 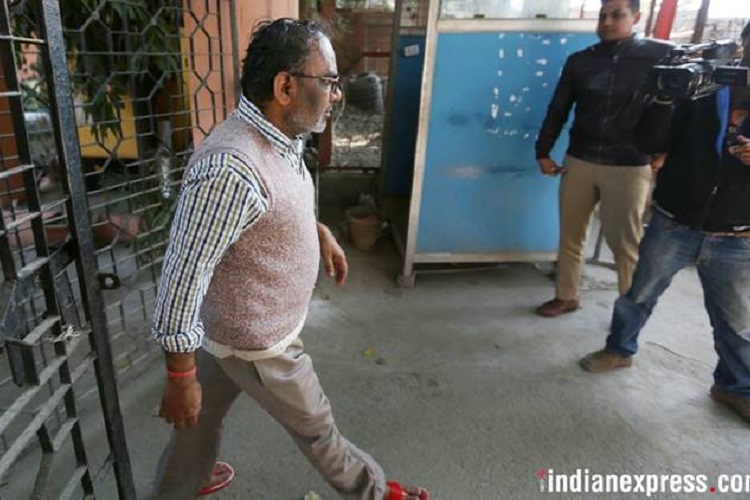 Ankit was immediately taken to Guru Gobind Singh Hospital where he succumbed to the injuries. Meanwhile, police spotted the girl waiting for Ankit at Tagore Garden metro station. When she was informed about the murder, she went to Khyala police station.

The murder has left the residents of the society horrified. A day after the murder, police deployed a commando unit and more than two dozen policemen. BSF personnel were also posted near the house of the woman’s family, the funeral site and around Saxena’s house. Senior officials assured that they have taken adequate measures to ensure that the murder doesn’t trigger communal clashes. Meanwhile, the family has requested that the murder shouldn’t be given any communal colour, reports The Times of India. 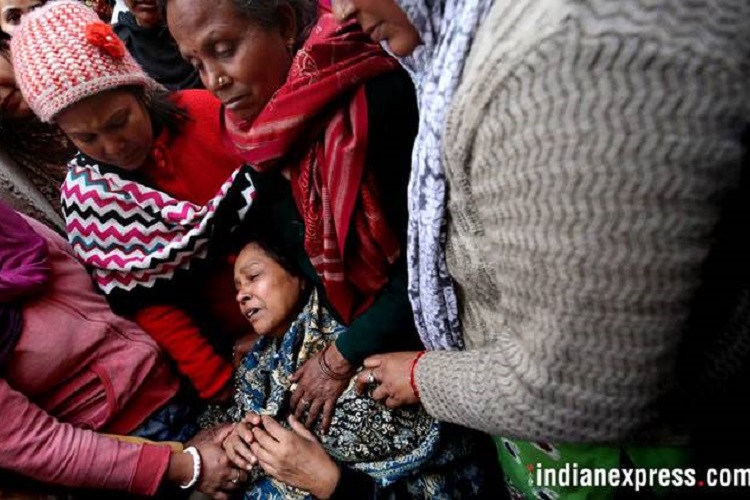 Mother of 23 years old Ankit who stabbed to death on road side, by his girl friend’s family at Raghuvir Nagar area in New Delhi on Friday. EXPRESS PHOTO BY PRAVEEN KHANNA 02 02 2018.

What happens to the girl now?

The girl has refused to go back to her home and has been staying at Khyala police station since the murder. The girl’s house has been sealed and all the accused are under judicial custody. Her relatives who live in the same locality are scared to take her in and are themselves planning to leave. The girl has also maintained that she doesn’t want to go back to her family. She is now living under the protection of Child Welfare Committee.

A day after the murder, Bharatiya Janata Party Delhi chief Manoj Tiwari slammed Delhi chief minister Arvind Kejriwal for his silence over the issue. “The family made several attempts to seek medical assistance, but got no help. It is sad to see such incidents in the national capital, and the silence of the CM and several NGOs in the matter indicate that these people speak on such issues only when it serves their political interest,” he said after meeting the victim’s family, reports The Indian Express.

AAP, on the other hand, said that it chose to remain silent because they felt that ‘BJP was attempting to polarise it’. On Sunday, Kejriwal condemned the murder and assured that Delhi government will appoint the best lawyer to ensure justice for Ankit’s family.