She has worked with many big stars in films and is often regarded as the Sri Lankan beauty of the glamour world in India. Jacqueline Fernandez has a good number of successful films in her kitty — Murder 2, Race 2, Kick and Housefull franchise, among others. Yet she is not the one who you can term as an actress first and a star later.

While watching last night’s episode of Koffee With Karan, in which she featured with her co-star Siddharth Malhotra, I realised that she is aware of the misconception people have about her. Quite sensibly, she said that only because she always remains happy and jovial, people think of her as a bimbo — somebody who doesn’t have enough gray matter to have a strong opinion on things.

There’s no denying that Jacqueline is a true happy personality. Meet her in interviews, spot her on the sets or just observe her at those regular public events, she always maintains that pumped up, energetic, positive stance. Jacqueline credits this effervescent self to her upbringing. She says that she has been taught to remain positive and her family values inculcated a feeling of spreading happiness in herself. Still, she agrees that whenever she sees her contemporary giving good performances in films, she tries to rethink her choices.

It’s time Jacqueline works on establishing herself as more than just a pretty face in Bollywood. She is talented and definitely has all the potential to be a good actress. First time I had this thought was when I saw her showing some scintillating dance moves in Kick‘s Jumme Ki Raat Hai song. She took over the screen for just a few seconds and completely raised the oomph. This…

What was fascinating for me was to know that she did that in just one take. Jacqueline is an expressive woman too. I like how she describes and expresses her comments for participants on Jhalak Dikhhla Jaa. Her suggestions and that eye to notice tricky tiny things in the dance performances make so much of sense. Then where is she lacking?

I think the problem lies in choosing scripts that give her chance to flaunt her physical beauty but not her acting talent. Murder 2, in which she featured as a struggling model happened to be a nice script. However, it did not give Jacqueline enough scope to perform. There’s a need for her to look for meaty roles and content-driven films. I think her bestie in Bollywood, Sonam Kapoor is doing the same now. Her last on-screen outing — Neerja was a great step for Sonam to venture into the cinema which is rich in content and not boring. 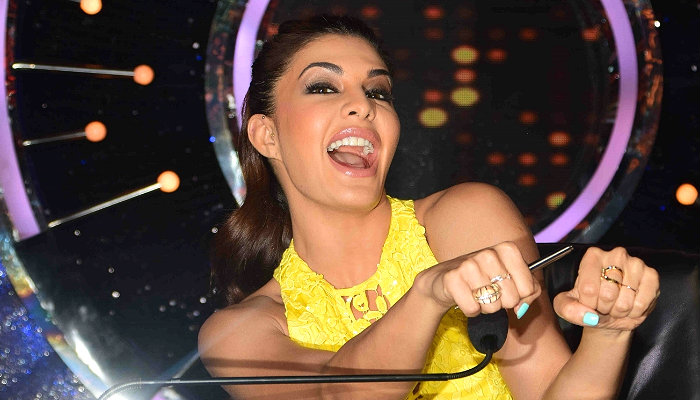 Jacqueline is clearly one of the most popular actresses we have in Bollywood today. She does four films in a year which are hits and stays in the audiences’ eyes. I don’t think doing two films a year but with good roles is going to do any harm to her popularity in the audience.

Therefore, dear Jacqueline, please look for good stories, substantiate characters and performance-oriented roles in films now. We have seen you Murdering people with your Dishoom which eventually create Housefull at the Box Office. And we appreciate you for that. Give us a chance to say ‘Oh, she acted so well in a film,’ ‘her role had so much to contribute to the story’ or ‘Jacqueline just stole the show with her acting’. We know you have it in you. Don’t say that those are not the kind of scripts that come in your way. Find your way to create that special space in the audience’ hearts. Extract the actor in you and show it to the world.