After Amitabh Bachchan starrer highly acclaimed, Pink, that released last year, producer-director Shoojit Sircar has brought Running Shaadi. Featuring Taapsee Pannu and Amit Sadh in the lead, the film is a romantic comedy set in Punjab. Shoojit, whose on screen works have been giving strong female characters since always says that it’s not a deliberate decision to present powerful women in his films. Instead, that’s how he sees the world around him.

Talking to InUth while promoting his films in Delhi, Shoojit mentioned how he has seen strong women in his own life including his mother and wife. And that’s simply what transcends in his on screen offerings. Not just his films, the producer talked about talented Taapsee Pannu, his trust in ‘running shaadi’ and small-town love stories. Excerpts:

Runningshaadi. If Shoojit Sircar is producing a film, it has to have something special in its content. What is special of the content of this film?

Don’t say this. This is the first film in which I am not creatively involved. I am only involved as a producer. This is completely Amit Roy and Taapsee Pannu’s film. This is Amit Sadh’s film. I’ve just supported them. They are friends, they wanted to make this film. So I just supported them. I just thought that it’s a nice story. It’s all about running and making others run. The one who are in love elope and get married. I just thought that this could be an interesting film.

How does Shoojit Sircar personally support this idea?

I myself ran away to get married.

Also read: Here’s the story of how Taapsee Pannu’s fan got a role in her film Running Shaadi

(laughs) And I also helped a lot of my friends to run away and get married. Their families don’t like me. But, you have to do things for your friends. What is special is all my friends are happily married. It’s been more than 18 years of their marriage.

Are your in-laws also happy now?

Absolutely. They all are happy. I won’t reveal more now. Don’t ask me. (laughs) But everything is fine.

Even when you’re not creatively involved with a film, you’ve to make sure that it at least fall at par with certain expectations that come with your name.

I think that part I did through casting. Taapsee Pannu is like a blessing in this film. She’s incredibly brilliant, beautiful, girl-next-door. She’s like an honest girl from a small town. This film is riding on her shoulders.

You break stereotypes around women in your films whether it’s Pink or Piku. What stereotypes are you breaking with Running Shaadi?

You will see a fierce and powerful Punjabi girl in this film. Like there was Meenal Arora in Pink. She was brave, she didn’t surrender to the circumstances and maintained that she had not committed any crime till the end. She had to face a lot in the court but she remained adamant on her stance. Nimmi (Taapsee’s character) is also brave. Punjabi woman doesn’t mean a girl who speaks in Punjabi language. Being Punjabi is an attitude. You’ll see that. 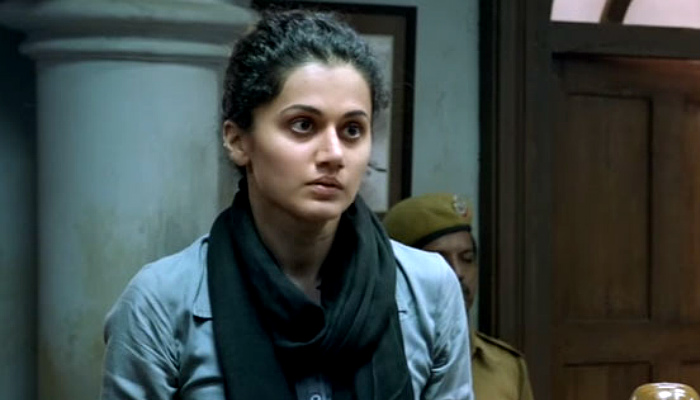 When you say that you’re showing powerful women on screen, is that a conscious idea or is that an observation around that you put into your characters?

I think it’s very natural. My wife is very powerful. My mother used to be so. This is the way I see the world. It’s not that Shoojit Sircar is contributing something to women empowerment. It’s just natural. Strong female characters in my films is not a deliberate attempt. You can see it in all my films.