After beating Pakistan by a huge margin of 124 runs, Team India was high on confidence and were all set to enter the Semi-Finals by beating Sri Lanka on June 8. India lost the toss and had to bat first. The batting performance was once again impressive where Rohit Sharma and Mahendra Singh Dhoni ended up scoring ha;f-centuries and Shikhar Dhawan roared loud with his 10th career century. India set a target of 322 runs for the Lankans to chase but the result of the game was a great disappointment. Indian bowlers failed to take wickets while Sri Lanka emerged as the match-winners. Sri Lanks were finally back in the tournament after losing two back-to-back practice matches and their first match of the tournament against South Africa. Moreover, it was an ICC 8th-ranked team who defeated one of the table toppers, Team India.

REACTION: Join us on the field as @OfficialSLC celebrates their magnificent triumph over India at The Oval #CT17 pic.twitter.com/QAhbu9j9a1

Now the question arises, where did Team India lose the control? After watching yesterday’s clash, we have come up with 5 reasons why India, despite batting phenomenally well, lost the game.

Team India’s most reliable spinner who knows the English conditions perfectly. He did an extraordinary job in 2013 but he has been kept out of the playing XI for staright two games. On the other hand, India opted for a 6-batsmen team conposition including Hardik Pandya and Ravindra Jadeja who can perform with the bat as well. But yesterday, when Gunathilaka and Kusal Parera blazed their guns without any worries, a right-hand spinner like Ashwin might have earned some wickets with his spin skills.

The field set up by the Indian captain was totally unexpected. Especially, no slips provided to Umesh Yadav and Bhuvneshwar Kumar. The Sri Lankan soon read the field set-up and thus, executed their shot all across the ground. Gunathilaka and Kusal Parera found easy gaps to go for boundary however, they found taking quick singles much simpler. The required run rate never went beyond 7 runs per over ending up to an easy run chase for Sri Lanka.

3. 6 overs spell by Kohli and Jadhav

Despite having Yuvraj Singh in the squad who could bowl perfectly as a part-timer, skipper Kohli preferred himself and Kedar Jadhav to bowl out 3 overs each. Though those six overs cost 35 runs but it gave an easy passage to the Lankan batsmen to splay freely. A few overs from an ‘experinced part-timer’ might had created a difference in yesterday’ game.

Unlike Edgbaston, Virat Kohli and Yuvraj tumbled while batting against Sri Lanka. Skipper Virat Kohli came in to bat at number three after Rohit Sharma was dismissed at 78. Kohli came, face 3 balls and was caught behind in the fourth and went for a duck. It was after 45 ODI innings that Virat was out for zero.

A rare sight in ODI cricket – @imVkohli gone for a duck!

Next, Yuvraj Singh also couldn’t perform well and was out for just 7 runs off 8 balls. These two failures are the reasons why Team India fell-30-40 runs short.

WICKET! Yuvraj chops on a yorker from Gunaratne.

Jaspreet Bumrah, Bhuvneshwar Kumar and Umesh Yadav started the attack brutally but towards the end, they seemed under pressure. Despite tight bowling, they failed to take wickets while during the death overs, they missed the plot. Less number of dot balls, more extras and full-toss deliveries – all these commotions resulted in minimising the asking run rate for Sri Lanka and making Angelo Mathews and Kusal Perera play big shots fearlessly. 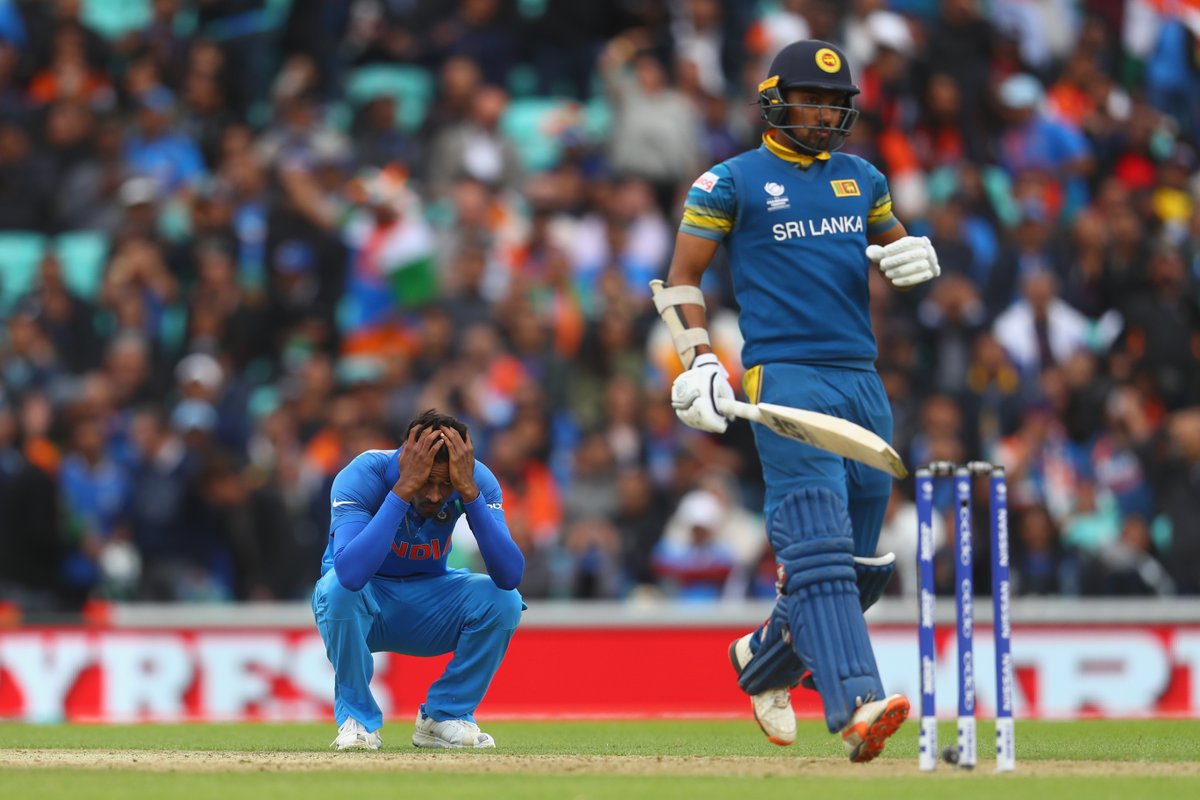