In Assam’s riot-hit Hailkandi district, a Muslim man risked his life to help a pregnant Hindu woman reach hospital ensuring safe delivery of a baby boy just in the nick of time. Maqbool Hussain Lashkar defied curfew which was imposed following communal strife in the region, and drove his neigbours Reuben Das and his wife Nandita, who was in labour, in his auto rickshaw to the hospital.

The incident happened on Sunday when Nandita went into labour. With the curfew in force, a worried Reuben made frantic calls to hospitals and friends asking for help but to no avail.

“I was trying to calm my wife down saying someone will surely come to take us to hospital in Hailakandi town,” Reuben told news agency PTI.

When Maqbool came to know about his neigbhour’s predicament, he immediately rushed to their help. Maqbool took out his auto-rickshaw and drove the couple to SK Roy Civil Hospital, which is a few kilometres away from their village. 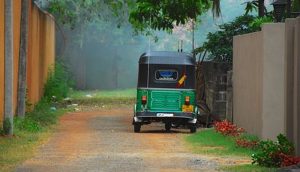 “Rubon is my fellow villager and his wife was in pain since morning so despite the curfew I decided to risk taking my autorickshaw. We stared at 5 pm. It takes about 20 minutes to reach the hospital from the village. The delivery happened within 10 minutes,” The Hindustan Times quoted Maqbool as saying.

Rubon immediately decided to name his son, who was born during a communal strife-induced curfew, ‘Shanti’.

Hailakandi Deputy Commissioner Keerthi Jalli lauded Maqbool for helping his neighbours at the time of distress, overriding the communal tension prevailing in the district. She also visited the residence of Rubon Das and Nandita, parents of the new-born, on Wednesday and said, “We need more such examples of Hindu-Muslim unity and amity.”