Hindi cinema is gearing up to produce more of sports-based films. And it’s good to see this change. After the tremendous popularity and Box Office success of films like Iqbal, Chak De! India, Bhaag Milkha Bhaag, Mary Kom and of late, Sultan, MS Dhoni: The Untold Story, and Dangal, the inclination of Bollywood towards sports drama has become evidently visible in last few years.

While Aamir Khan-starrer Dangal is still reigning the Box Office, InUth has got its hands on an exclusive story. Our sources have told us that actor Hrithik Roshan, who is currently busy with Kaabil’s promotions, is the next big star to do a sports-based film in Bollywood. The actor is keen to portray the role of another Indian wrestler — Virender Singh Yadav, more popularly known as Goonga Pehelwan. Sources claim:

Hrithik Roshan had met Goonga Pehelwan during the launch of a TV show. He was touched by the wrestler’s life story. He showed interest in making a film on Virender’s life. Things are being worked out. If all goes well, Hrithik will soon be seen playing a deaf and mute athelete on screen.

It should also be noted that after Kaabil, which is slated to hit the screens on 25 January, there is no confirmed project that Hrithik and his team have announced. Moreover, the story of a man who has won accolades for the country yet didn’t gain the kind of recognition, deserves to be told on the celluloid. When a big actor does so, the impact of that content on the audience doubles up. 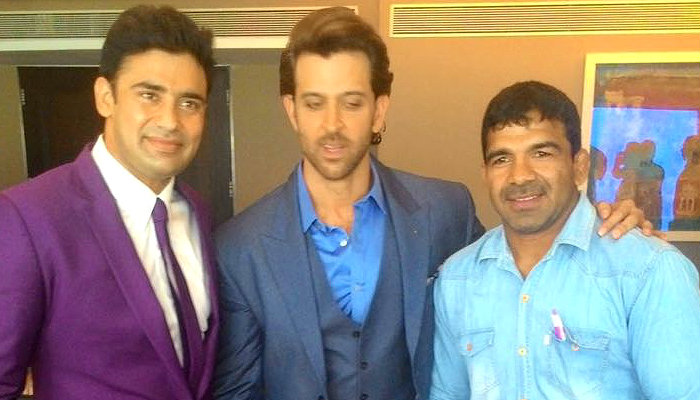 Who is Virender Singh Yadav aka Goonga Pehelwan?

Virender is one of India’s most proficient deaf and mute athletes from Sasroli village of Haryana. A World Champion and a Deaflympics Gold medalist, the wrestler didn’t get a celebrity status in the country. In fact, his family is fighting a legal battle with the government of Haryana for not giving him the prize money they announced. It is also said that Virender earned his livelihood by fighting against able-bodied wrestlers on mud-wrestling grounds. Goonga Pehelwan, a documentary made on the disable wrestler went on to win the 62nd National Film Award for the year 2014 under Best Debut Film of a Director (Non-Feature) Category.