“Whenever people find out I’m dyslexic they would make a facial expression and say ‘Oh’ with a sad face. We don’t need that sympathy, what we need is an opportunity”, says Ashish Jose Ambat, a student pursuing BSc Zoology from Madras Christian College, Chennai.

At the age of nine, Ashish was diagnosed with dyslexia. And although he loved going to kindergarten, learning new rhymes, and short stories, things became difficult when they started teaching letters, words, and numbers. “I could not differentiate between b, p, d letters. When teachers would write it on the blackboard and ask us to copy it down on the notebook, I would not be able to reproduce. Teachers would punish me or call me out saying I’m being lazy. But that was not the case,” he says.

According to the Press Information Bureau report, dyslexia is one of the most common learning disorder that affects over 5-20% of people in the world. Nearly 35 million children in India are dyslexic, says the PIB report.

Ashish, and many like him, become targets for bullying at school, and lack of awareness often means labelling a child ‘slow’, instead of identifying their learning disability. “It was my grandmother who identified that I’m not being lazy, but learning things in a different fashion. She would make me write letters in a big chart paper, and made toy clays that helped me learn the alphabets. I was also taken to a clinical psychologist, who diagnosed me with dyslexia,” he says. 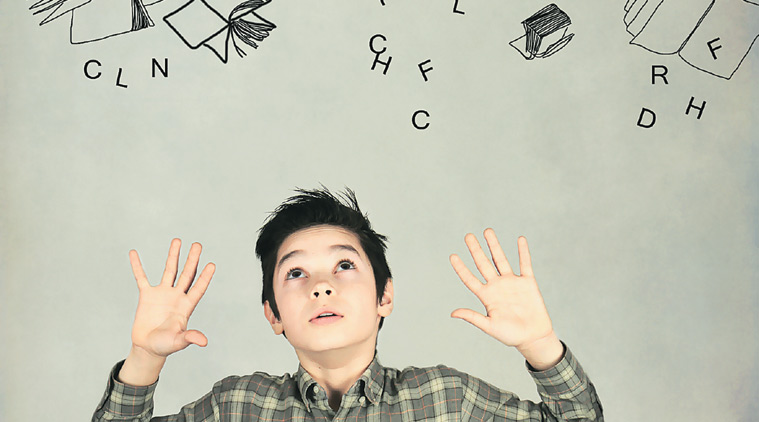 Despite how common this learning disability is, and how many famous people have been known to have it, including Albert Einstein and Agatha Christie, doctors point out that still there is a lack of awareness in the society.

“Children with dyslexia have no issue intellectually. It is a skill-based disability where children have a major issue in reading and writing”, says Dr. Geet Oberoi, a special educator and founder of Orkids, a chain of multidisciplinary clinics which provide remedial intervention to children with special needs, especially those with learning disabilities.

Dr. Geet believes the society has a vital role in encouraging children with any kind of learning disabilities. “Our teacher training programs need to be upgraded. Not just that even our leaders need to know about these disabilities,” she says.

Here’s hoping that in the future our political leaders as well as our educational system will become more sensitised.