Politician- writer Shashi Tharoor has done it again. While introducing his book on Narendra Modi, he made us visit dictionary.com. Why you do this Mr Tharoor? Don’t you know, we take great pride in the fact that our vocabulary is slimmer than a Chetan Bhagat book?

Following this, there was a heightened search for the word ‘floccinaucinihilipilification’ on Google. While it might seem as if a cat accidentally walked over your keyboard, the word actually exists.

It is a rare noun and means ‘the action or habit of estimating something as worthless.’

My new book, THE PARADOXICAL PRIME MINISTER, is more than just a 400-page exercise in floccinaucinihilipilification. Pre-order it to find out why!https://t.co/yHuCh2GZDM

The former Minister of State is a prolific writer and is known to make headlines for his rather lofty usage of the English language. Previously he exasperated us with his “exasperating farrago of distortion” and introduced us to a new word ‘snollygoster’ which means a shrewd, unprincipled politician.

If you’re wondering if floccinaucinihilipilification is the longest word in the English dictionary, it is not correct.

According to the Oxford dictionary, it is Pneumonoultramicroscopicsilicovolcanoconiosis which means ‘an invented long word said to mean a lung disease caused by inhaling very fine ash and sand dust.’ 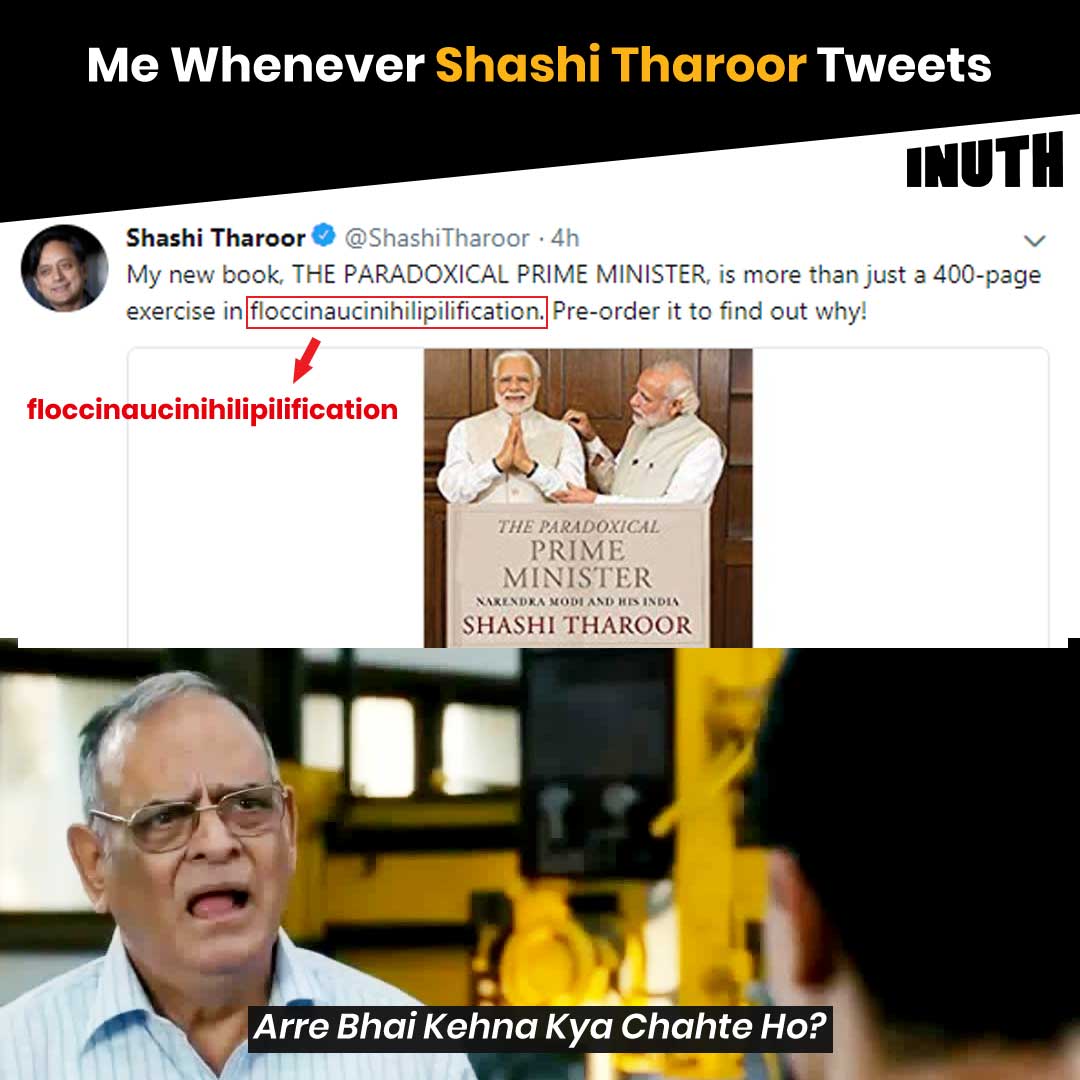 Here is how Twitterati reacts to it:

I am wondering what Shashi Tharoor’s Siri is like. Does she ask Shashi the meanings of words instead of it being the other way round?

His Siri might have committed suicide already. @ShashiTharoor might be the person AI companies are secretly hoping to build an assistant for.

This one slapped the longest word on Tharoor:

Thanks sir, will try to read. Hope the book doesn’t give me pneumonoultramicroscopicsilicovolcanoconiosis ! Now your turn to google…

While others inquired if a dictionary is packaged with his upcoming work:

You should sell it with a dictionary attached