Indian Twitter has been ablaze for the last few days with what can only be called India’s #MeToo Weekend. How long, or if at all, the momentum will last, is anyone’s guess. But as a woman, it was deeply satisfying to watch women setting the world’s of their rapists, abusers, assaulters, molesters, and harassers on fire, when they were least suspecting it.

And it all started with simple screenshots that spread like wildfire across Twitter. The floodgates of women’s anger were opened as writer and comic Mahima Kukreja accused Utsav Chakraborty, a fellow comic who owes his success, at least in part, to his carefully created public image as a feminist ally. Kukreja named other prolific comics who knew and either did nothing, or, worse, helped Chakraborty thrive further as he continued his charade as a feminist darling of the Indian comedy circuit.

Popular names like Aditi Mittal, Varun Grover, Kunal Kamra, Abhishek Upmanyu and the group that has elevated pink-washing to an art form — AIB — found themselves at the centre of the conversation. Of the four, Kukreja claims Mittal and Grover were the only ones who unequivocally supported her. Upmanyu and Kamra stopped working with him but were otherwise silent, and AIB continued contracting him for further work, despite its founder Tanmay Bhat self-admittedly being in the know. 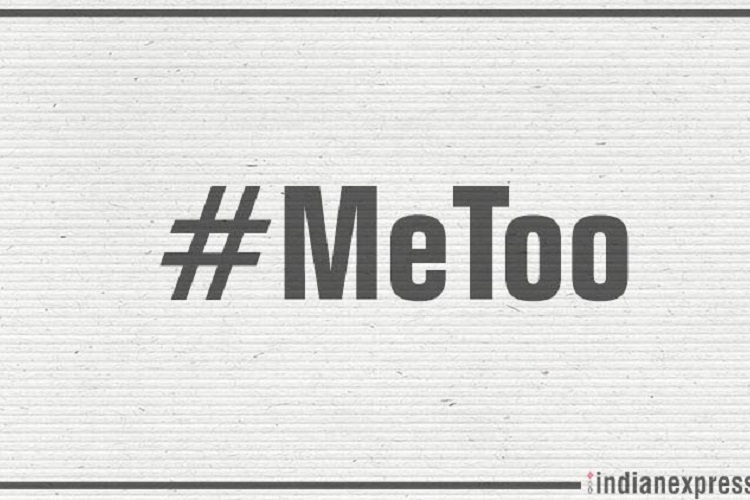 Kukreja’s allegations clearly hit a nerve, as woman after woman started messaging her privately, recounting their exchanges with Chakraborty, most of which revolved around him either asking for nudes and making unsolicited sexual advances. As the number of screenshots piled up, AIB, Kamra, and Chakraborty himself scrambled to put out statements.

While Kamra and AIB’s statements followed the ‘we are sorry — we should have done better — we should have known better — we promise to do better’ script perfectly, Chakraborty oscillated between feeling petulant about the lack of “context”, feeling victimised, forlorn, and finally, deigned to face a “scary personal truth”.

It’s amazing how many personal truths — even those that have been wildly waving their arms in the faces of the people that are now “shocked” and “amazed” — are realised only once the person in question has an unwipe-able amount of egg on the face. 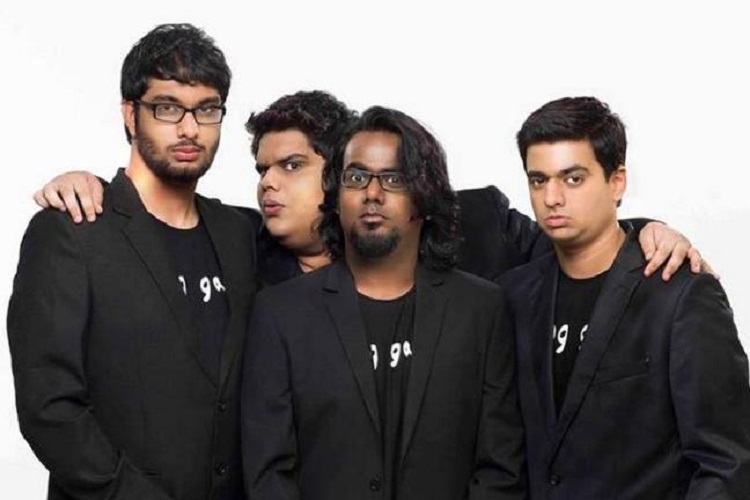 It must be truly difficult to wrap one’s head around the radical notion that women don’t exist to absorb men’s rage and lust.

Or the equally revolutionary idea that one must not help serial sexual predators thrive by offering them more work once you know about their pattern of abuse, especially when you’ve spent years thumping your chest as an outspoken, woke feminist ally. Not to mention all the money you’ve made off the image. Thanks a ton, AIB.

As the weekend wore on, Twitter turned into a war zone with women from all walks of life naming and shaming their fake feminist abusers. Indian media, in particular, had a #MeToo reckoning that had been a long time coming, as names of woke journalists started appearing on unofficial lists of predatory men. MJ Akbar, Gautam Adhikari, Prashant Jha, KR Sreenivas, Manoj Ramachandram, Mayank Jain, Fahad Shah, Anurag Verma, Dhrubo Jyoti, and many other editors and journalists across publications and platforms like Times of India, Hindustan Times, DNA, Business Standard, HuffPost India, The Kashmir Walla and several others, faced allegations from multiple women. The barrage of accusations forced them or their employers to release statements about “due process”, “zero tolerance policies against sexual harassment” and “thorough investigations”. Just before this article was published, HT issued a statement that Jha had stepped down as the chief of bureau and political editor, with immediate effect. 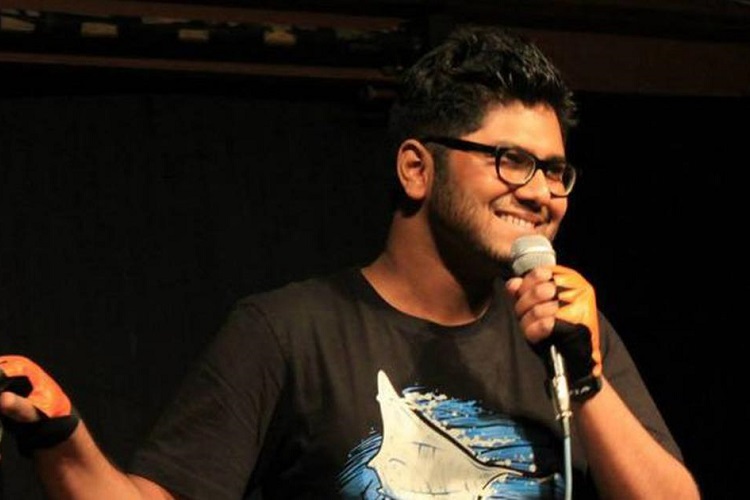 Famed authors Kiran Nagarkar, and Chetan Bhagat too found themselves accused of impropriety and sleaziness by journalists who had been assigned to interview them. Bhagat issued an apology, while Nagarkar rubbished the women’s accounts.

More comics were implicated — Kanan Gill was criticised for making women uncomfortable while posing for photographs, while Jeeveshu Ahluwalia has been accused of rape. Both released statements saying they hadn’t “intended to” and were apologetic “if they had made any woman uncomfortable” while interacting with them. A scant few hours ago, AIB’s second founding partner, Gursimran Khamba, was accused of harassing a woman he had a casual sexual relationship with, over a span of five months. This time too, AIB swiftly put out a statement saying both Bhat and Khamba had stepped down from leadership positions from the time being, while the company sought expert advice to fix its work environment and culture issues.

Bollywood too, was not exempt. While accusations were flying thick and fast, HuffPost India dropped a bombshell story about sexual assault allegations against director Vikas Bahl, of Queen fame, with a first-person account from the victim, and statements corroborating her story from director-producer Anurag Kashyap, who is also one of the four partners — including Bahl — of the company that the victim worked for. And there were allegations against singer Kailash Kher and actor Rajat Kapoor, who, as recently as last night, tweeted an apology saying, “If he had caused any pain or hurt.” 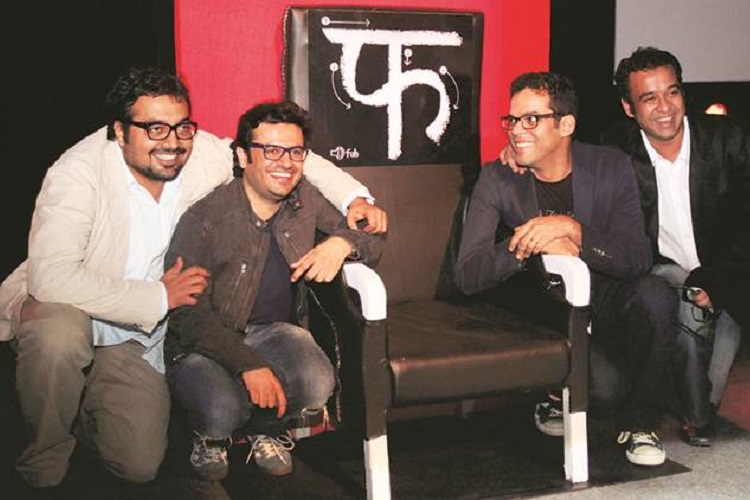 But the anger that has been scorching Indian Twitter like hot, bubbling, boiling lava isn’t just about comedy, or media, or publishing, or Bollywood, or about any one or all industry at all. It is about individual, not group, culpability.

It is about all the dude-bros who have made fortunes and gained fame giving interviews, claiming seats on TV shows and panel discussions, writing books, and op-eds, tweeting angrily, leading campaigns, and basically building public personas as ferocious champions of women and their rights, while privately abusing, assaulting and harassing the very women they gained access to, and whose trust and admiration they earned, as a result of their feminist charades.

Finding yourself at the receiving end of sexual misconduct is traumatising and terrifying enough, as is, without the added confusion of being harassed by people who are supposed to be giving you a leg-up, not tear you down.

Women are angry — of course they’re angry — about the number of secrets they’re forced to hide, and the breathtaking lack of accountability for the men who will happily and remorselessly fake feminism for publicity, while dehumanising the women around them in private. Our patience has been stretched, and like everything that is stretched past a point, it was bound to break some day. It’s no surprise that the tipping point came in the form of rage at watching pretenders appointing themselves the spokespersons and saviours of feminism. 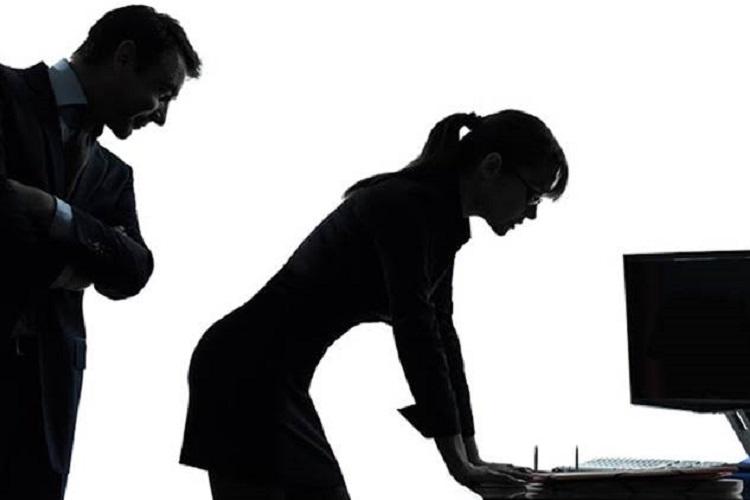 For years and decades, we’ve watched men live life with abandon, enjoying a brattish — and brutish — entitlement on women’s bodies. While we’ve been raised on a diet of ‘don’ts”.

Don’t wear this, or that, it might give him the wrong idea. Don’t go here, or anywhere. Don’t speak to him, or at all, he might think you were flirting. Don’t drink, don’t laugh, don’t allow yourself alone with him, or him, or him. And even if you play by every rule, they’ll still find a way to make it your fault, should something happen. We’ve spent our lives being scared, careful, confused, and paranoid — of losing our jobs, of having our bodies violated, of having acid flung in our faces, or being found dead in a ditch suddenly one night.

Which is why it hurts, and makes us want to torch the earth with our fury, when the few, very few men we gave ourselves permission to trust, the ‘good’ guys, the ones who were supposed to get it, and empathise, and be by our sides, turn out to be wolves hiding in sheep’s skin. 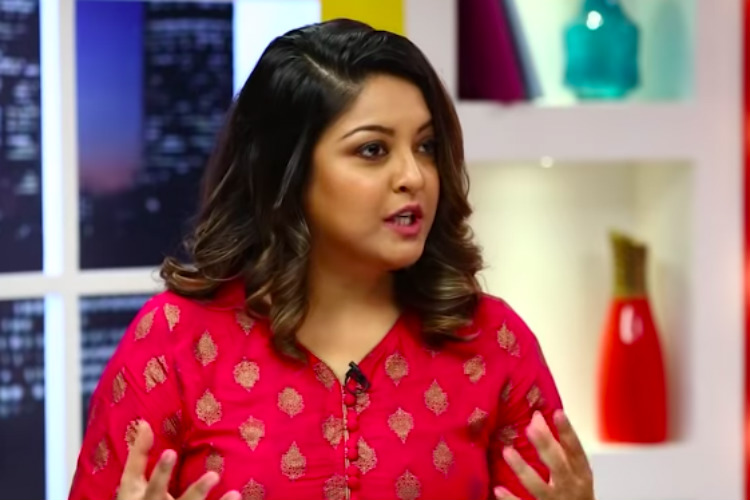 Our anger isn’t about one dick pic, or an arm that lingers on our waist for too long, or a YouTube video, movie or book by a poser — frankly, we’ve all endured much worse than the stuff we can even now get ourselves to articulate — it’s about the helplessness and hopelessness of finding out that men haven’t changed at all, it’s only the window dressing that’s better now. It’s about the weariness of realising that we really have no allies in men, because even the ones who claim to be “listening” pivot and reveal themselves to be surly, sulking babies whose egos can’t handle the slightest self-examination.

Our anger is about the “If I hurt…” in their half-hearted non-apologies. Each one of us has spent a lifetime justifying our feelings and qualifying our experiences, and this is not the kind of apology we can learn to live with, anymore.

And our anger is about all the time it’s going to take us to rebuild ourselves and our trust in human decency, now that we know that our idols were brutally demolishing it, as soon as our backs were turned.

Dear dude-bros of the comedy and media and Bollywood and publishing and startup and creative arts worlds, it might be hard to imagine, but this — this moment, manic, frenzied moment, this surge of anger that won’t be contained — isn’t about you at all. It’s about women coming into their own power, and realising that it’s time we built a new world order, one in which we don’t relinquish all power to you because clearly you can’t be trusted with it.

This moment is about balancing the scales, where, for once in their godforsaken lives, men have to worry about “sending the wrong message” and “being friendly but not flirtatious”.

This moment is what equality looks like. Prepare yourselves.