Tibetan spiritual leader His Holiness the Dalai Lama commenced the 13-day Kalachakra initiations 2017 in the most sacred of Buddhist pilgrimages, Bodh Gaya early this morning. Devotees and enthusiasts from more than 17 nations are in attendance to witness the historic spectacle.

His Holiness the Dalai Lama beseated himself on the throne and inaugurated the event with ‘Guiding the Disciples Ceremony’, the incantation of verses in the glorification of Lord Buddha and the Kalachakra deity. 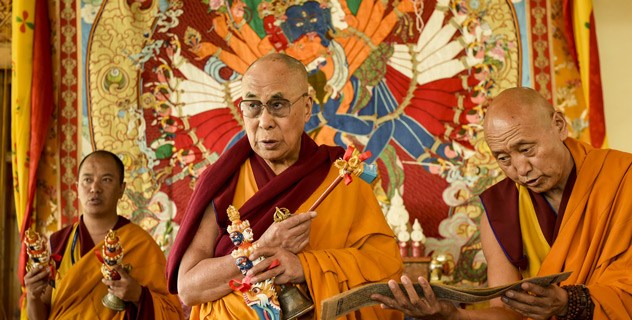 “Bodh Gaya is an extraordinarily sacred place of over 2000 years old. It is the seat of Shakyamuni’s enlightenment and therefore is a supremely holy place for all the Buddhists around the world. Some of the great Nalanda and Tibetan masters have accomplished their practices here. On account of this place being so sacred, we are doing the 34th Kalachakra initiation here for the following two weeks,” His Holiness spoke.

His Holiness further added, “Many of you have come here, leaving the comforts of your home, for spiritual practice and dharma. But regarding spirituality, you need to practice in order to draw blessings of the Kalachakra. Through mere prayers, you can’t draw this kind of inspiration and therefore you must strive for transformation of your mind and to the best your ability, try to integrate the teachings and train your mind.”

“The purpose of receiving the Kalachakra initiation is to make transformation within oneself. Therefore, having come here for the Kalachakra, your goal should be that you will become better in your spiritual practice. If you can do that, the purpose of coming here is served.” 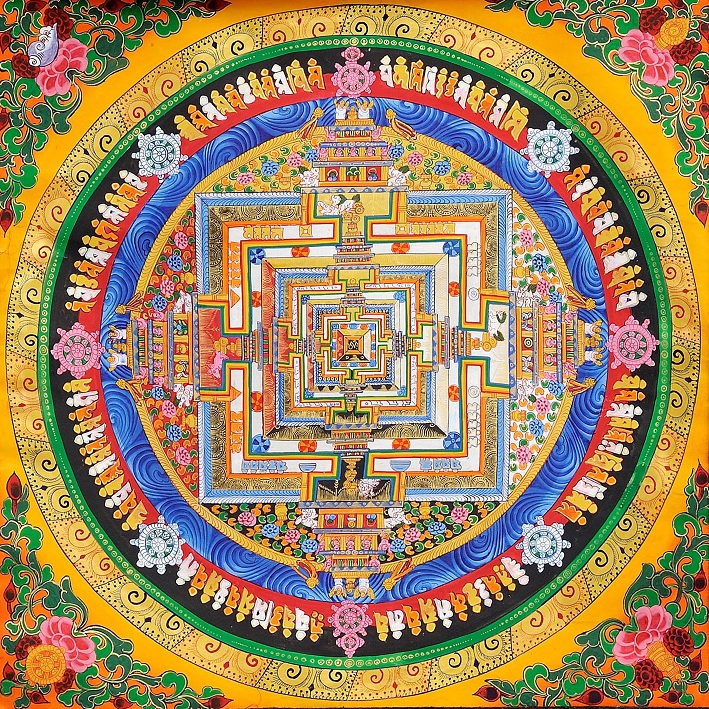 The word kala means “time” and chakra is “wheel”, thus Kalachakra is “wheel of time” or “cycles of time”. It presents three cycles – external, internal and alternative. The former two are associated with time, while the latter is a set of practices for gaining liberation from these two.

The structures of the external and internal cycles are analogous, this means that the same laws that govern a universe also pertain to atoms, the body and our experience of life.

On an internal level, the body goes through physiological cycles, many of which bring about associated mental and emotional cycles as well.

The initiation process spans several days, with the first day being a preparation ceremony, followed by usually two or three days of actual empowerment. 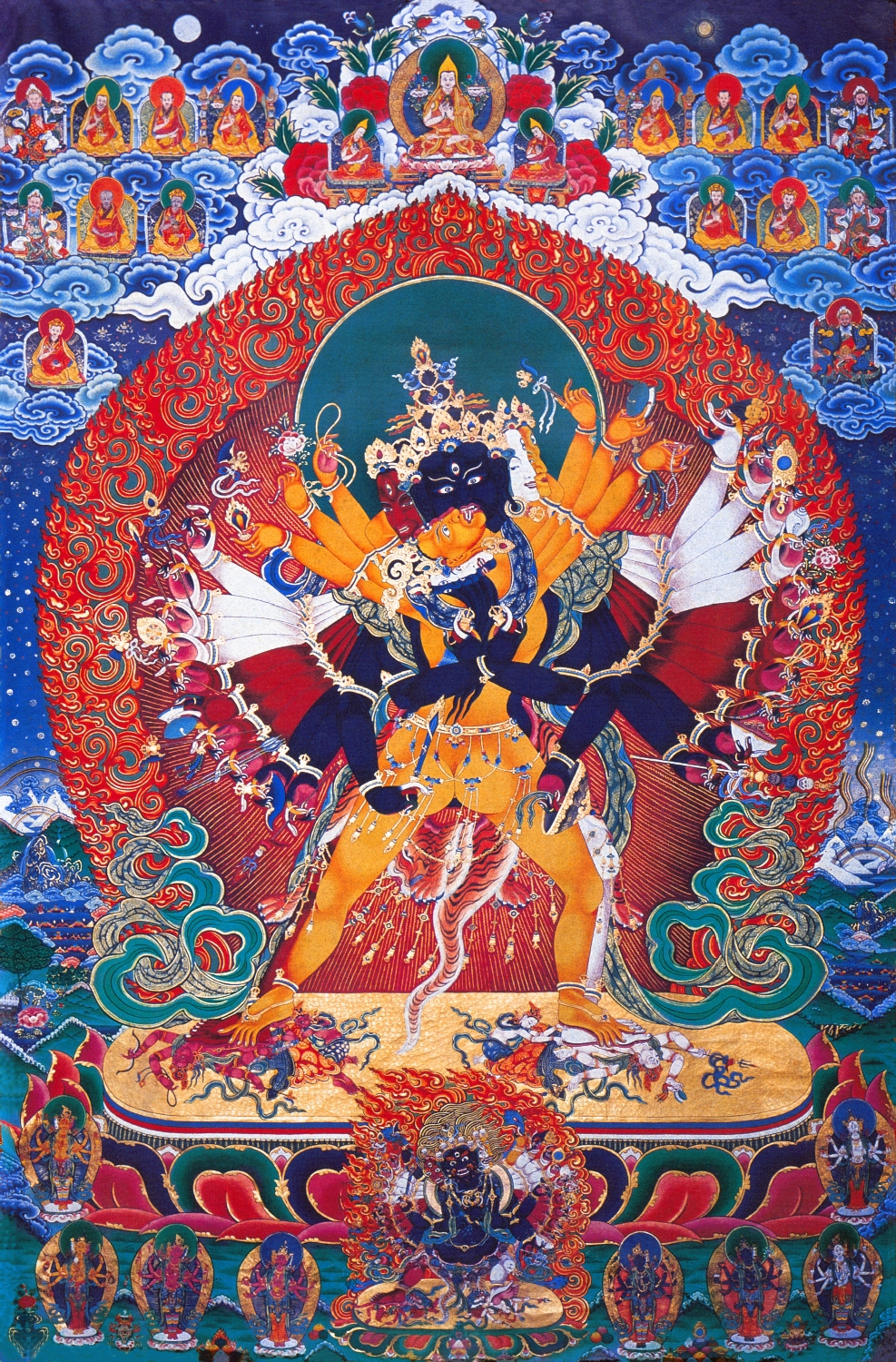 The most important part of the initial procedures is taking refuge and the bodhisattva and tantric vows. It is not possible to receive empowerment without these three, although one may subtly witness it and derive great benefit.

The empowerment itself involves a complex procedure of imagining ourselves transforming into a series of special forms, entering the mandala–a symbolic picture of the universe, of the Buddha-figure Kalachakra, and experiencing in it a sequence of purifications and the awakening and enhancing of potentials for future success in the practice.

The philosophy of Kalachakra is situated on the highest platform of Buddhist teachings. It urges us to reach a splendid, pure inner world while still living in our imperfect, earthly one, using Kalachakra as a model. A pure body comes from healthy eating and not smoking, drinking alcohol, or taking drugs. Pure speech means not gossiping or saying unkind things about others. A pure mind is trained away from angry, hateful and selfish thoughts. Once each of us purifies our body, speech, and mind, we can find inner peace. When we have inner peace, at last, it is possible to experience the state of bliss or perfect happiness.