Days after announcing its decision to offer Lok Sabha ticket to a man who hacked a Muslim labourer to death on camera, Uttar Pradesh Navnirman Sena is now planning to field one of the accused in the Dadri lynching case in the upcoming polls. The fringe Hindutva outfit will give a ticket to Rupendra Rana, who was allegedly involved in the lynching of Mohammad Akhlaque in Dadri over beef consumption rumours.

The outfit’s chief Amit Jani said that Rana would be the perfect candidate for cow protection as he had already spent 2.5 years in jail for the cause. He will be contesting from Noida constituency. Jana added that a formal announcement will soon be made in Bisara village where the lynching took place in 2015, reports The Times of India. 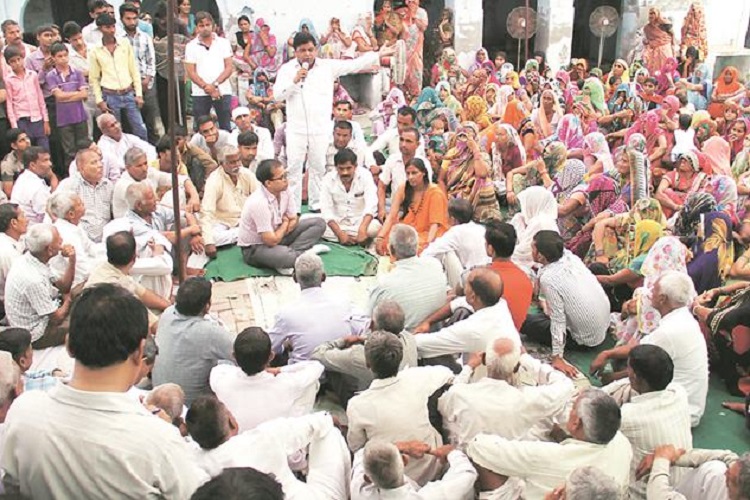 A meeting of Bisara villagers in support of the accused | Source: Indian Express

In September 2015, Mohammad Akhlaque and his son Danish were attacked by a mob which suspected them of slaughtering a cow. Akhlaque died on the spot while his son sustained injuries. The 18 accused, all of whom were local village youths, were arrested but got bail after spending close to two years in prison.

Last week, Jani said that Shambhulal Regar will be Uttar Pradesh Navnirman Sena’s candidate from Agra constituency in the 2019 Lok Sabha polls. Regar is currently lodged in Jodhpur jail for killing a Muslim man to death on camera, In the video that surfaced online, Regar claimed that the deceased, who was a Muslim migrant worker from Bengal, had “committed love jihad” and threatened that others who do so would also meet the same fate. 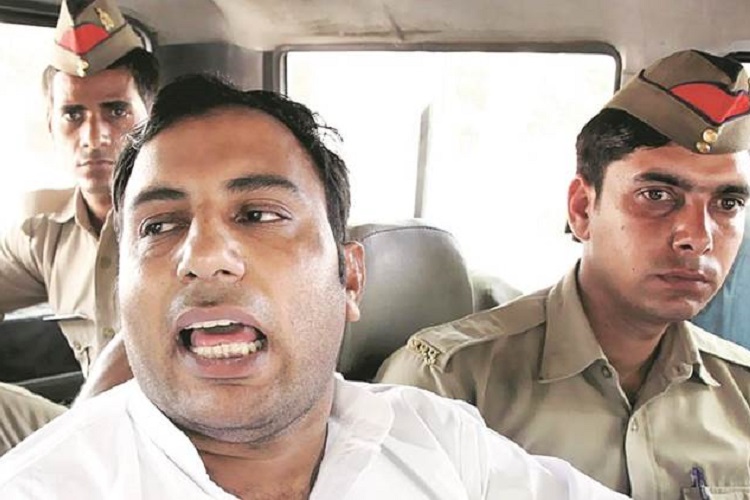 Incidentally, Jani himself was arrested after he issued death threats to Jawaharlal Nehru University Student Union (JNUSU) President Kanhaiya Kumar in a Facebook post from 2016. He was arrested again in April 2017 for putting up hoardings on the Delhi-Dehradun highway asking Kashmiris to “leave the state or face consequences”. Months later, he along with an associate, outrage religious sentiments for sharing a morphed picture of the Taj Mahal with saffron flags.