In last two months, as many as 75 people have lost their lives to snakebites in the city of Bengaluru, The New Indian Express reported.

With rains hitting the city, snakes are out in the open and the rescuers are having a tough time dealing with the surge in number of calls.

“We have been getting 20-30 calls every day during the rainy season. When it pours, snakes are unable to breathe and so, they get into houses or cars where they feel cosy and secure. This week I rescued around 50 snakes from Koramangala, OMBR Layout, HRBR Layout, Babusapalya and Hennur.” Mohan K, founder of Quick Animal Rescue Team told Bangalore Mirror.

The problem for the reptiles have further been aggravated by the rampant concrete spaces in the city which leave no space for snakes to enter their holes. The loss of green cover has forced the snakes to take refuge in cars, homes, offices and compounds.

Highest number of deaths due to snakebites

With an estimated death toll of 45,900 every year, India has the highest incidence of snakebites causality. While man y believe these numbers are under-reported as many deaths happen in rural India which often go unreported. 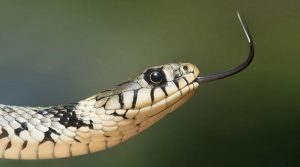 Shockingly, fear is one of the most common factor that lead to the death of the person after he or she comes in contact with the snake.

“There is an urgent need to educate the public as half of them die due to fear when they come in contact with snakes. Presently, we are holding campaigns in residential colonies, apartment complexes, etc once a week,” Prasanna Kumar, honorary wildlife warden, Bengaluru (Rural) district, told New Indian Express.

The biggest challenge rescuers face is to fight the superstition associated with snakes.

M Nagenderan, a snake rescuer who conducts awareness program to inform people, said, a few days ago, a snake was found in a bucket in a house in Vidyaranyapura. The owner of the house poured some milk in the bucket which made it hard for the snake to breathe. People usually start praying to the snakes and light incense sticks. The smoke suffocates the snake.