The second decade of the twentieth century was a period of great turmoil in India. The imposition of martial law and the Jallianwala massacre had caused widespread unrest. The demand for freedom from an unjust foreign rule could be heard loud and clear across the subcontinent. It was during this period that Amrit Kaur returned from England after completing her education.

It would only be a matter of time before the princess from the Kapurthala royal family would make the transition to a dedicated social activist and freedom fighter. Her determination had Mahatma Gandhi write to her in October, 1936 saying, “I am now in search of a woman who would realise her mission. Are you that woman, will you be one?” He was hoping more and more women would be part of the nationalist movement. 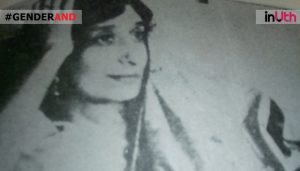 In the ensuing years as she interacted with freedom fighters like Gopal Krishna Gokhale and Mahatma Gandhi, Kaur would give up her princely comforts and discipline herself in following the Gandhian call. “The flames of my passionate desire to see India free from foreign domination were fanned by him,” she said. In the beginning, on her return to India, Kaur found it difficult to contribute wholeheartedly to the nationalist uprising.

During this period, she began work on a wide range of political and social issues, concentrating on abolition of purdah, child marriage and the Devadasi system. From the 1930s, when the civil disobedience movement took off, Kaur dedicated her life to it. “Rajkumari Amrit Kaur belonged to a generation of pioneers. They belonged to well to do homes but gave up on their affluent and sheltered lives and flocked to Gandhiji’s banner when he called women to join the national liberation struggle,” wrote the independence activist Aruna Asaf Ali. 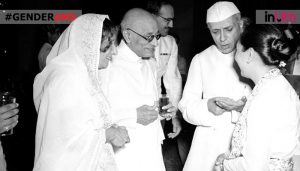 Born on February 2, 1889 to Raja Harnam Singh, the younger brother of the prince of the Kapurthala state, Amrit was the only girl among seven children. Harnam Singh had lost out on his chance to succeed as heir to the throne when he converted to Christianity, as a teenager. He later became the manager of the Oudh estates and it was in Lucknow that he and his wife raised their children in ideals of pious Christianity. Born in a princely family in India and schooled in foremost institutions of England, Amrit Kaur carried within her the grandeur of both worlds. 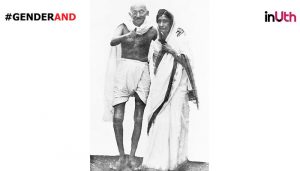 Amrit Kaur was elected to the Constituent Assembly from the United Provinces. Her most significant contribution to the nationalist and feminist project, was in ensuring extensive political participation of women. “Rajkumari was such an ardent believer in women’s role in public life that she did not even hesitate to criticise Pandit Nehru on this issue,” writes Aruna Asaf Ali in reference to a 1936 controversy when Nehru while composing the working committee of the Congress included names of a number of socialists and not a single woman. In her effort to ensure political agency of women, she vociferously advocated universal adult franchise.

Like many women in the Constituent Assembly, she did not believe in reservations for women. “In the matter of representation it was felt that if practical equality were secured for women in the domain of franchise, they would be able to find their way into the legislative and administrative institutions of the country through the open door or ordinary election, and no special expedients such as reservation of seats, nomination, co-option or separate electorates would then be necessary,” she wrote. 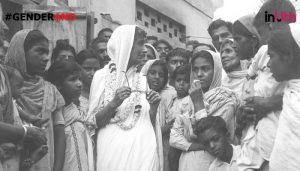 Along with Hansa Jivraj Mehta she was one of the few female members who were in favour of a uniform civil code. “There are several customs practised in the name of religion eg; purdah, child marriage, polygamy, unequal laws of inheritance, prevention of intercaste marriages, dedication of girls to temples,” she wrote in a letter to BN Rau, one of the key members of the Constitution drafting committee in March 1947. Along with a few other members she wanted “free practice of religion” to be replaced with “freedom of religious worship,” in clause 16 of the draft Constitution. When she was jailed after the Quit India movement, Amrit Kaur carried with her a spinning wheel, the Bhagwat Gita and the Bible. 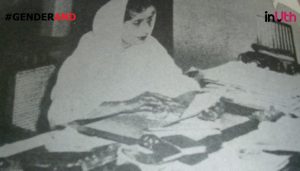 Amrit Kaur in her office as health minister. (Source: All India Women’s Conference)

One of the few women of her times holding high ranking positions in national and international organisations, Amrit Kaur was a modern and powerful voice for the freedom movement. She served as Gandhi’s secretary for 16 years and lived in the Gandhi ashram as an ordinary political worker. “I remember Rajkumari sitting at the spinning wheel and eating along with other ashramites, the simple fare prescribed by Gandhiji,” wrote Aruna Asaf Ali, narrating one of her fondest memories of Kaur. 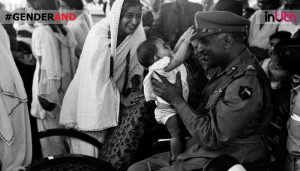 Amrit Kaur’s achievements went beyond the birth of the new country as she became the first woman to hold a cabinet position in India as health minister. The All India Women’s Conference Center, the Lady Irwin College in Delhi and the All India Institute of Medical Sciences (AIIMS) are few of the reputed organisations that owe their existence to her. 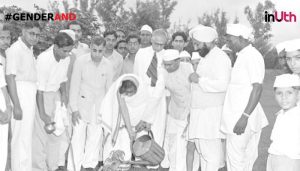 Amrit Kaur passed away on February 6, 1964, at the age of 75. Though a practising Roman Catholic, on her death she was cremated as per Sikh rituals in the Yamuna river. Apart from being a passionate social and political activist, Kaur was a gifted pianist and tennis player. She never got married and left behind no descendants. Loved and admired by her contemporaries, she was known for being a graceful, elegant and simple woman. Writing about her memories of Kaur, former president of AIWC, B.Tarabai said: “When I picture her, it is always Rajkumariji with her head covered by the white saree with little flowers on it. She spoke and wrote in beautiful English and had an equally beautiful handwriting.”

#GenderAnd is dedicated to the coverage of Gender across intersections. This article first appeared on The Indian Express.