The new word is Safdar Hashmi

It was the first day of the year 1989. A group of young enthusiastic men and women from Jana Natya Manch JANAM set out from Delhi to Uttar Pradesh’s Jhandapur Industrial Area in Sahibabad where they were to present a play Halla Bol! on workers’ rights. The artists were elated to witness a huge audience already gathered at the time of their arrival. Hurriedly the actors sneaked into their trademark black clothes and started their well-rehearsed play. 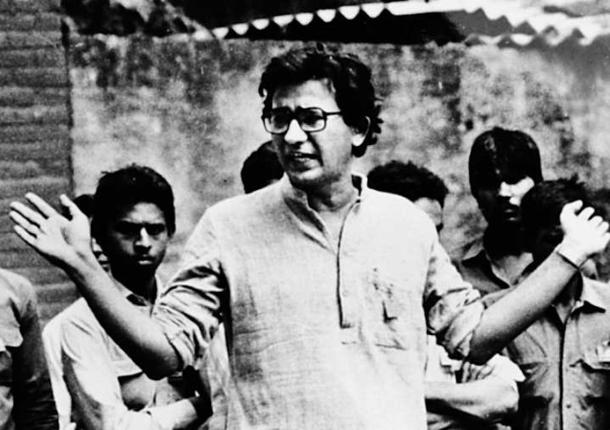 The play picked up the pace and in the middle of a satirical romance scene, a violent mob started disrupting it. The goons accompanying Mukesh Sharma, the Congress-backed independent candidate for Municipal elections had come looking for Ramanand Jha, his contender from Communist Party of India (Marxist), also the party most actors from the group had been actively associated with. The goons would shoot a worker mistaking him to be Ramanand and beat up everyone they could take hold of. In the midst of this frenzy, a 34-year-old Safdar Hashmi, the founder of JANAM tried to mediate with Sharma but was barbarously assaulted. He would die the next day. 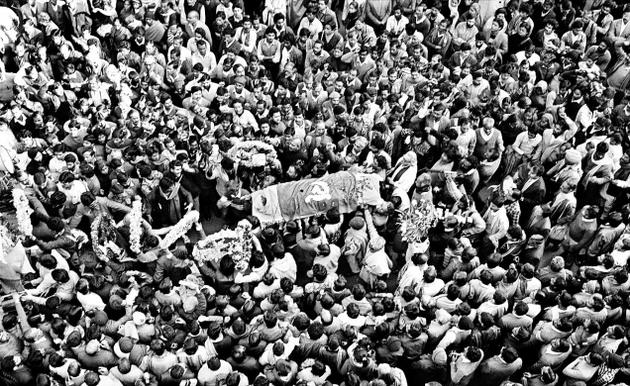 To show their solidarity with this show of valor, thousands of artists, intellectuals, and workers showed up on the streets as part of Hashmi’s nearly 10-mile-long funeral procession on 3 January. A crowd like that had never gathered before. 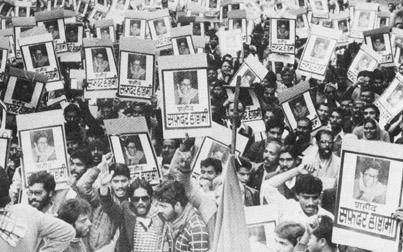 And all of them shared one belief: that art and words should be reasoned, debated and argued but never desolated.

The next day, JANAM actors in memoriam of Hashmi would go back to the same street and finish Halla Bol! with an even huge gathering in attendance. The demise of Safdar Hashmi gave birth to a powerful idea of  ‘unyielding cultural resistance’. Nobody realized then, what the impact of the murder of a theater activist would have on the entire society years or decades later. Habib Tanvir noted, “A great force of artists, intellectuals, and painters . . . gathered spontaneously.”

In the April of same year, Safdar Hashmi Samaroh witnessed 25,000 street performances across the country. The demise of a left-wing theatre actor had captured the attention of ‘artist elite’ and unified what would be called as a fragmented artists’ community. A close to hundred poets flew to Delhi at their own expenses, including some who had not recited in the past decade. Safdar Hashmi had become a word, an idea, and a phenomenon. Safdar had become a symbol of freedom–free speech and free expression. 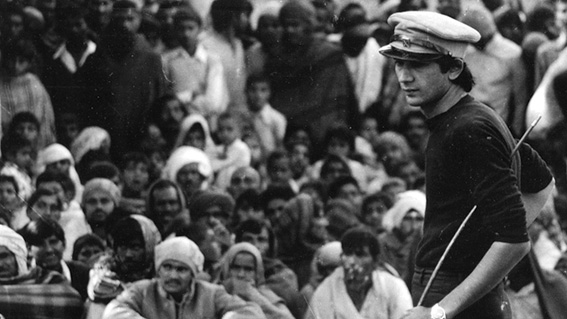 (Safdar Hashmi in a performance in early 80s)

Safdar Hashmi became a cult hero of his personality. A worker committed to warp the idea of art as a rampart of the elite and providing an in-depth, cultural experience to the masses.

He graduated from St. Stephen’s College, New Delhi, took up a government job as a lecturer but resigned from it after the Emergency to dedicate his life to street theatre. His greatest contribution to art would be the principles on which he developed his work.

He believed in the power of the written word, of colloquialisms, of music, and of satire, to craft plays that his working-class audience could engage with; to share with them tools that enable them to deconstruct hegemonic narratives and ask questions that empower them.

It was during the ’84 riots that many people got to know him–and like him. “He worked his feet off at that time,” said a friend. He also loved children and wrote funny poems for them. “He would make funny faces at a child on a bus and strike up a friendship,” recalled his wife Moloyashree. His dear ones remember him for his warmth and kindness. Even on the day he died, he saved six lives by donating his organs. For this, he had convinced Moloyashree long before his death. 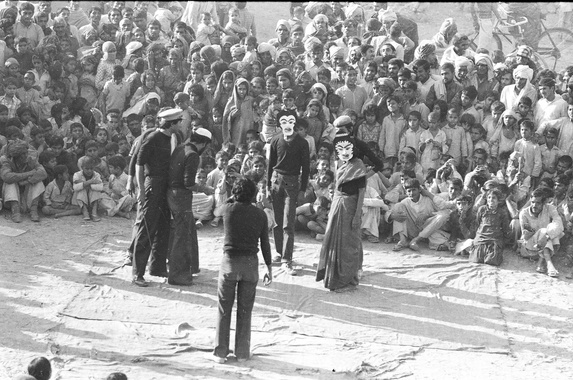 Hashmi performed Kursi, Kursi, Kursi before the Emergency to highlight the government’s obsession with, and exploitation of, power; Machine to articulate the basic demands of factory workers; and Hatyare, against engineered communal riots in Aligarh.

“Safdar’s legacy is not confined to the organizations that are run in his name. It is a wider legacy of the idealism and creativity of youth; of cultural resistance against any kind of authoritarianism”, notes Shabnam Hashmi, Safdar’s sister.

“A lot is won when a single man gets up on his feet and says no.” – Bertolt Brecht

The world has not turned any better after Hashmi’s cold death. As filmmaker Anand Patwardhan noted in his dedication to Hashmi:

so you missed the demolition of the babri masjid

and the violence and hate that followed

you missed ramabai and other dalit massacres

you missed your nation’s love for the atom bomb

in 2002 you missed the Gujarat pogrom

and in neighbouring Pakistan you missed

the creation of the Taliban and here

this year you missed the coronation of killers

we who survived you missed none of these