English singer Ed Sheeran has just dropped the video for the hit song Shape of You from his upcoming album ÷ (Divide). The 25-year-old singer had recently released a video for Castle on the Hill but this latest video is nothing like it just like how both the songs are completely different. The two songs were released earlier this month when Ed teased his new album after a year-long hiatus. Divide will be released on March 3.

First things first, Ed Sheeran looks totally hot in the new boxer avatar. The video also features an unfamiliar face that we wouldn’t hate to be familiar with. Besides giving us total workout/fitness goals, the video is a perfect representation of those first few days of a new relationship. The bliss of discovering new things about one another, the first kiss, the heat…

ALSO READ: What a comeback! Ed Sheeran’s Shape of You is on a record-shattering spree 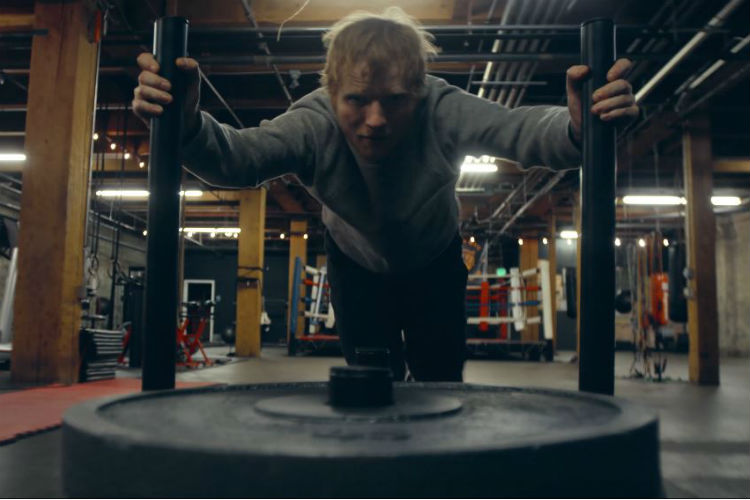 Ed had teased the video’s release on social media yesterday. The post went viral on the internet and now, the same is happening to the video for Shape of You. The song has been trending ever since it’s release and it’s not all good. Besides topping the charts along with Castle on the Hill, the song also gathered a lot of controversy over copyright issues.

Recently, on BBC’s The Chris Evans Breakfast Show, it was brought up that the song sounded somewhat similar to Tracy Chapman’s song Mountains O’ Things. Check out the song below to see if you think they sound similar because we totally don’t.

Some others have claimed that the beats at the beginning are reminiscent to Sia’s party anthem Cheap Thrills. Okay, now that is just of bull. The song is great, the video is perfect and Ed is adorable! Can we just stop bashing good things? There are a lot of bad shit to focus on anyway (Hint: Trump).

Ed even shared a behind the scenes image from the official video of Shape of You to notify the release.

Shape Of You video – watch it & then share it with your mates x https://atlanti.cr/shapevid