Call it a daring act, zeal for adventure or something stupid – young aspiring Russian model Vici Odintcova has taken the world by storm with her death defying photoshoot which she has done on a 1,000-foot high skyscraper. Before you jump to the conclusion that she must have used a cable as a support – we would like to tell you that is not the case!

Vici Odintsova who never shies away from saying yes to any daredevil plan left us speechless when we saw her scary video. In the video, she can be seen hanging on one of the highest towers in Dubai. The only support that she took to shoot for these breathtaking photos was from her friend photographer who accompanied her on top of the building.

The only support that she took to shoot for these breathtaking photos was from her friend photographer who accompanied her on top of the building. From the looks of it, she seems a bit nervous at first but then we feel that she starts enjoying the moment. Now, this is one daring act! 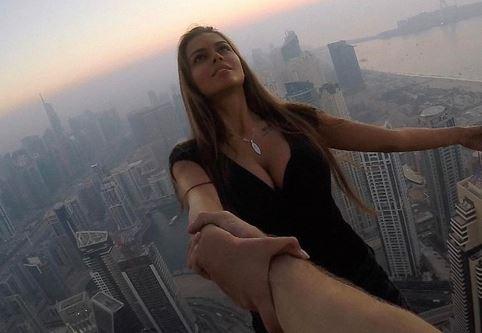 The Cayan Tower is one of the tallest skyscrapers in Dubai. We have seen so many videos and photoshoots in the past, but this is got to be the scariest we have seen so far! Within hours of putting it on her Instagram account, the video and pictures have raked in a high amount of likes. 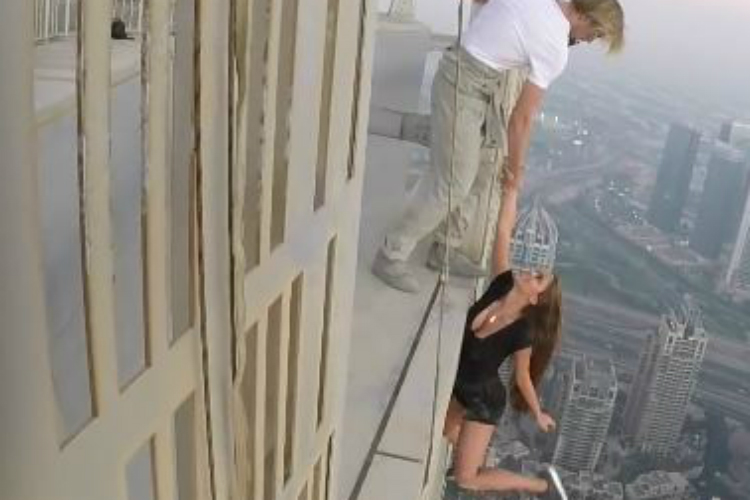 After watching the videos, the audience has a diversified opinion regarding Vici’s act. Some feel that this is too dangerous to be tried. Some even opined that such things are very risky and one should be accountable to his/her life. There was a section who felt that this is got to be the coolest acts they have seen ever.

You tell us what you feel about this act? Do you think it is fun or is it too risky to be tried?