Love can be found in the most unusual of places. Often you don’t even get to know what made you fall in love. It does not need to be some expensive diamond or a fancy gift on Valentines Day that draws you close to someone. It could just be a caring hug or a beautiful smile that may make you believe in the power of love.

There are times when you don’t even need to meet the other person, just a chat can also do the trick for you. Don’t believe this? This Valentines Day, check out these stories where strangers met on Tinder, Linkedin, Twitter and soon fell in love with each other. 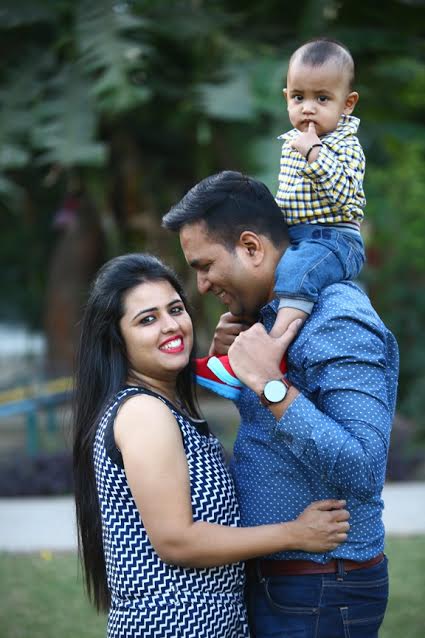 2. Alisha and Varun Aren’t we all strangers to each other before we meet? These two met on Tinder, chatted, met and instantly clicked. Alisha had never been on a formal date before, but when Varun asked her out in his ‘unique fashion’, she was all floored. “He quizzed me about my preferences on WhatsApp, and then sent me a calendar invite on my email with my answers in the description. I, of course, accepted it,” she says. Alisha’s family is a misture of all religions. Her dad is Muslim, mother is Roman Catholic, sister-In-Law is Parsi, and she is now married to Varun who is a Gujarati. After dating for 6 months, he proposed to her and 3 months later, Varun and Alisha got hitched. 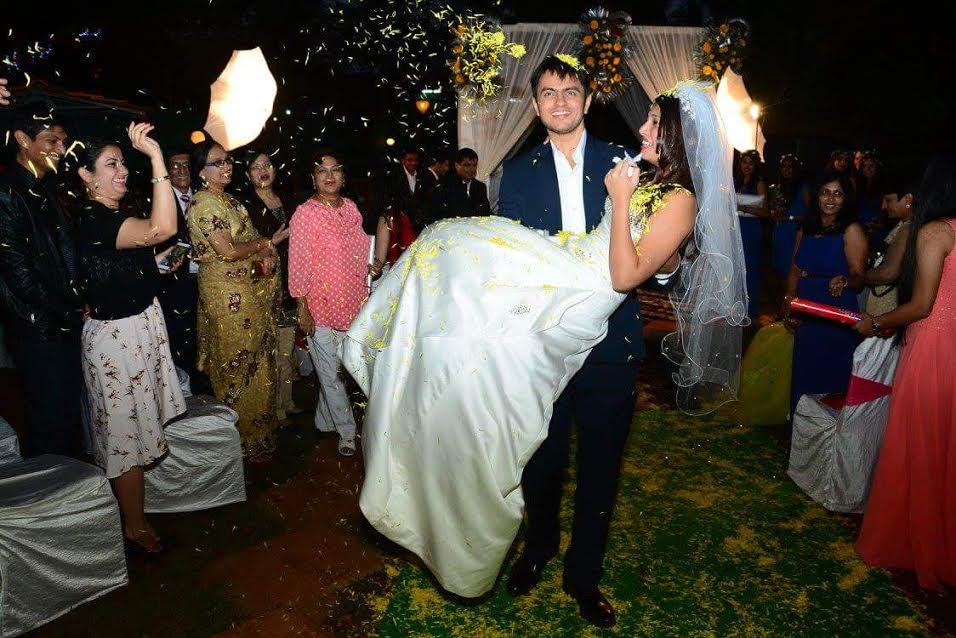 3. Kartik and Shruti: His mother had been looking for girls for him but things were just not working out. It was then on the insistence of his friends that Kartik Nigam downloaded Woo where he met Shruti and started chatting with her. After days of chatting on the virtual platform, the two finally decided to meet. The nervous yet excited couple kicked off at the first meeting itself. The first meeting converted into a series of dates. Just before stepping into the new year, he proposed on 31st December 2014 and she agreed. 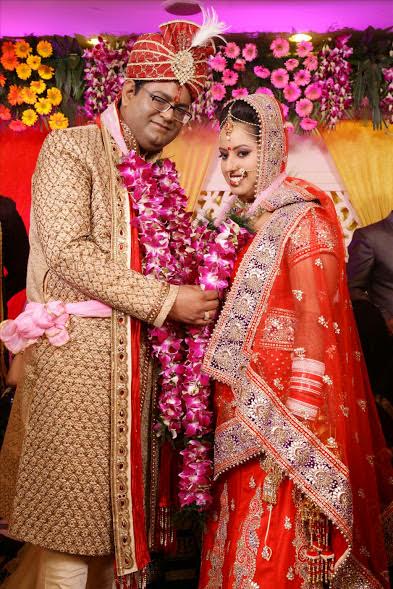 4. Sharjil Shaikh and Nazneen Shaikh: Linkedin is just for the professional world – If you thought that, Sharjil Shaikh is here to break that myth. While working with a PR agency, he used to browse LinkedIn to pitch for his business. It was during his usual routine that he stumbled upon a beautiful photograph of a lady working at a French MNC. Though he wanted to make a pitch for business to her, destiny had some other plans. He sent her a request, she accepted. He looked for her on Facebook, he accepted it there too. After a few chats, he asked her if she would like to meet him for a cup of coffee. Again, she agreed. The first meeting over coffee took place in May and in November, the two got married. 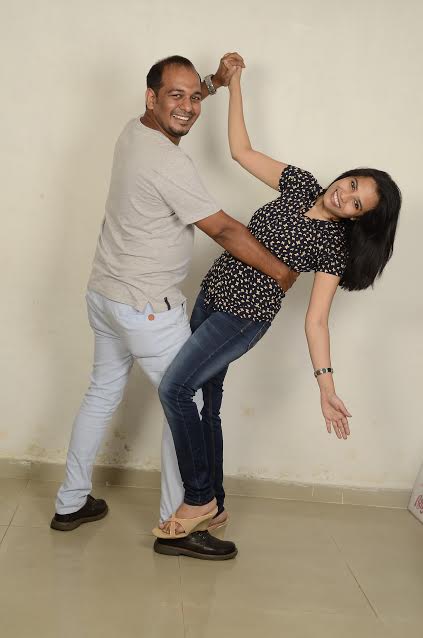 Sharjil Shaikh with his wife

5. Rishabh and Nelly: What makes anybody fall for a stranger? Nelly Wadia swiped right when she saw Rishabh on Tinder because of his description and also because she thought he was cute! “I think when I met Rishabh, I didn’t have any inhibitions, I was very excited to meet him in fact – he’s quite nerdy so I was really looking forward to the conversation,” she says. She joined Tinder as she felt lonely and wanted to go out for a dinner or grab a drink with someone. Love or sex was not on her mind. But she got lucky! The two are now just engaged and want to thoroughly enjoy their courtship period. Wedding for them, is not an immediate plan, as both want to make a mark for themselves and want to to be financially independent before tying the knot. 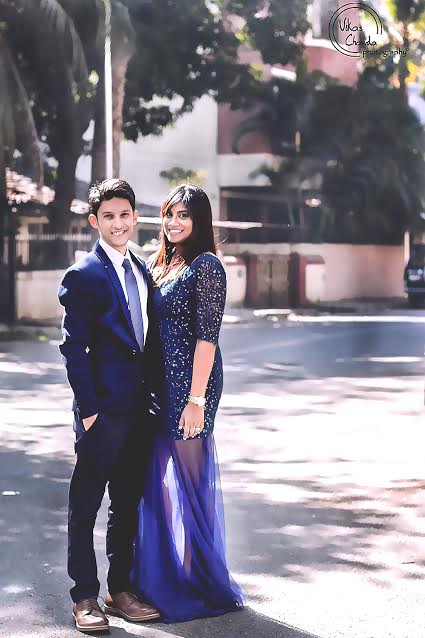 6. Shakti and Kaiwan: If matches are made in heaven, they are surely brought closer on Twitter. In yet another classic case of fairytale romance, the Twitter bird played cupid in bringing closer Shakti Salgaokar and Kaiwan Yezdani. This couple first started talking when Shakti was crowdsourcing opinions on long-distance relationships and Kaiwan directly messaged his opinion to her. Their friendship continued till they decided to date. Two years later, this ship found its destination when they got married to each other!

7. Pranav Sapra and Sakshi Bawa: The thing about love is that it eventually finds its way. And if you are destined to be together, every word, every character matters. Pranav Sapra and Sakshi Bawa couldn’t agree more. These two love birds met on Twitter and fell in love. Love fostered deep inside their hearts as their tweets gathered pace. Pranav and Sakshi got married soon, teaching us an important life lesson–your one true love may be just a tweet away!

Tip1: Meet your love every day, if that’s how you want life to be #EveryCharacterMatters
Back to you @Square_Boxes pic.twitter.com/c1k0YF4KnV

8. Durjoy and Avantika: Writers have an uncanny way of touching our souls with the characters that they create and the story they weave. Indian novelist and entrepreneur Durjoy Dutta set out to create his ‘happily ever after’ by live tweeting his proposal to his then girlfriend (and now wife) Avantika. Tweeting his heart out, Durjoy used #marrymeavanitka to convince his lady love to say ‘yes’. Hours later, his quest came to an end when Avantika wrote a big ‘Yes’, which of course she shared with his readers. They got married shortly after.

SHE SAID YES!
Now we can calmly go ahead with the wedding next week. pic.twitter.com/LBhnFAlJex

9. Sourabh and Preeti: They say that you find love at the most unexpected places. PR executive Preeti wasn’t looking for a partner, but when her family insisted on getting her married. Like other solo travellers, she turned to matching making sites for help. After going through countless profiles her eyes stuck on a weird profile of a not-so-hot guy who wanted a life partner to make his journey beautiful and happening. Intrigued by the description, she decided to contact him. Gradually their casual chats grew longer and two started sharing laughter in what can be described as a ‘Tannu weds Mannu’ kind of romance. It has been almost a year and PR Preeti and scientist Sourabh are going strong with every passing day. 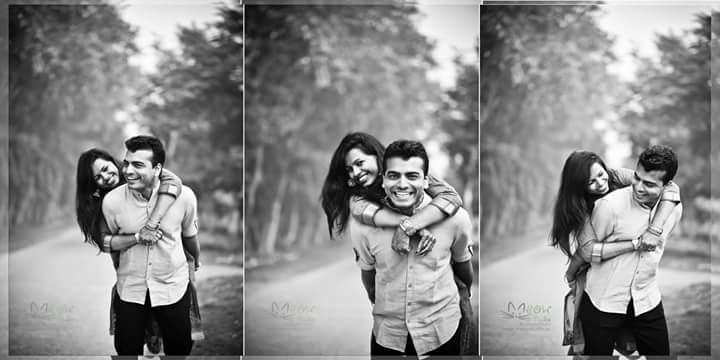