Weddings have always been a big deal in India. The D-day of your life is mostly all about pomp and show. The financial status of a person is judged on how much moolah he spends on the occasion. And when it’s the rich and famous, they leave no stone unturned to make sure everyone remembers it for days to come and the event goes down in history. Here’s a list of the most expensive fairy tale Indian celebrity weddings that only money can buy:

How can a ‘most expensive’ list not have Shilpa Shetty Kundra and Raj Kundra? It is still one of the most talked about weddings of Bollywood. The total cost of the event was Rs 4 crore approx. It took place at a hill resort in Khandala. Everything was made to match perfection- right from the wedding cards to the decoration. The wedding reception saw over 500 guests and was held at Grand Hyatt, Mumbai, which was again a grand affair. 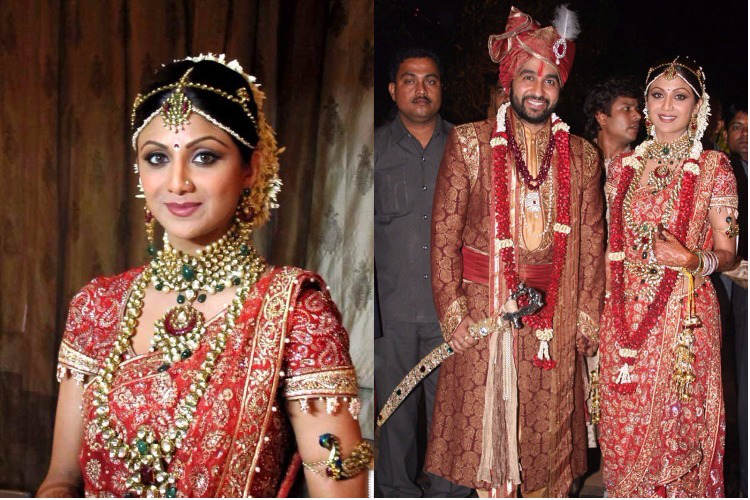 Shilpa Shetty Kundra and Raj Kundra at their wedding

Arpita Khan got married to long time boyfriend Aayush Sharma in a splendid way at Taj Falaknuma Palace in Hyderabad. It was a star-studded affair and saw all the big faces from the film industry, politics, sports, and business world. There were about 300 guests. Salman Khan also gave the couple a 3-BHK flat and a car as a wedding gift. They spent a total of Rs 5 crore on the wedding. 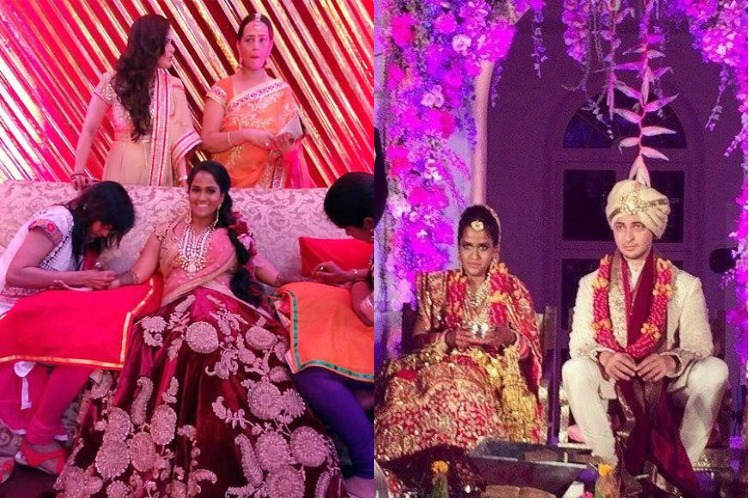 Imran Khan tied the knot with Avantika Malik in 2011 after dating each other for about 10 years. The lavish nuptials took place in Avantika’s home in Pali Hills, Mumbai followed by a wedding reception which was attended by all the important people from Bollywood and business world. The total spending of the royal wedding was Rs 5.5 crore. 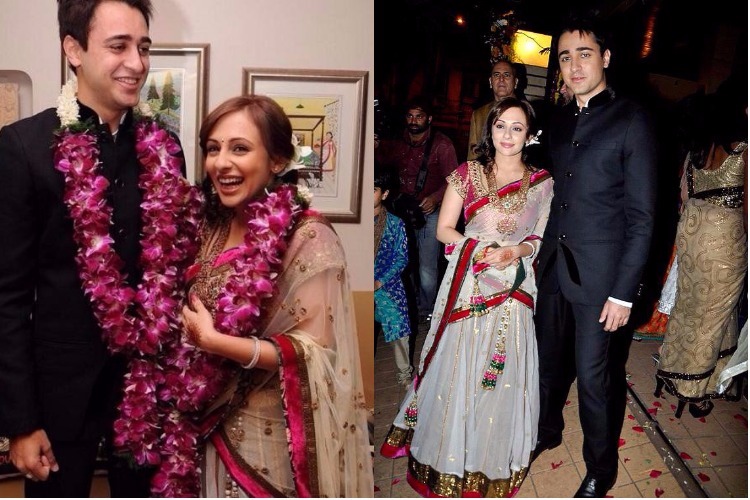 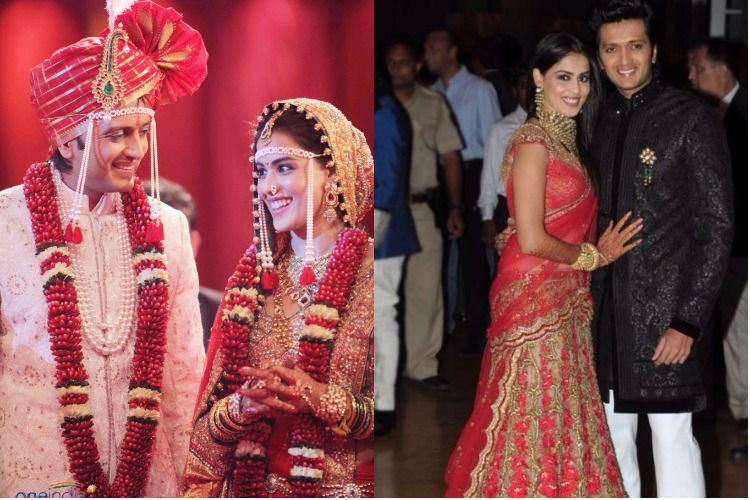 The wedding of beauty queen Aishwarya Rai Bachchan and Abhishek Bachchan was the one of the most talked about event in 2007. Even though it was an intimate affair, everything from the elaborate pujas to the marriage ceremony was grand. The venue for the marriage was the Bachchan residence at Juhu and was attended by who’s who of our country. The food was prepared by chefs from Taj hotel and was the mixture of sumptuous dishes from various cuisines. The amount spent on the wedding of this power couple was Rs 6 crore. 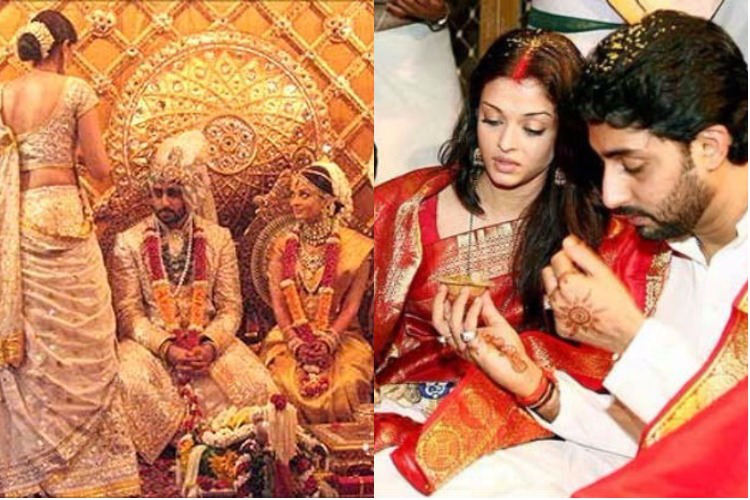 The royal wedding took place in the year 2012. Though it was named as an intimate affair, a lot of money was spent on custom made outfits, splendid ceremonies and of course the guests. The invitation for the reception Dawat-e-Walima had the royal Pataudi emblem on it and a large part of the budget was invested in security. If reports are to be believed, the couple booked two entire five-star hotels with helipads in Gurgaon for the reception. They lashed out a total amount of Rs 10 crore for the wedding. 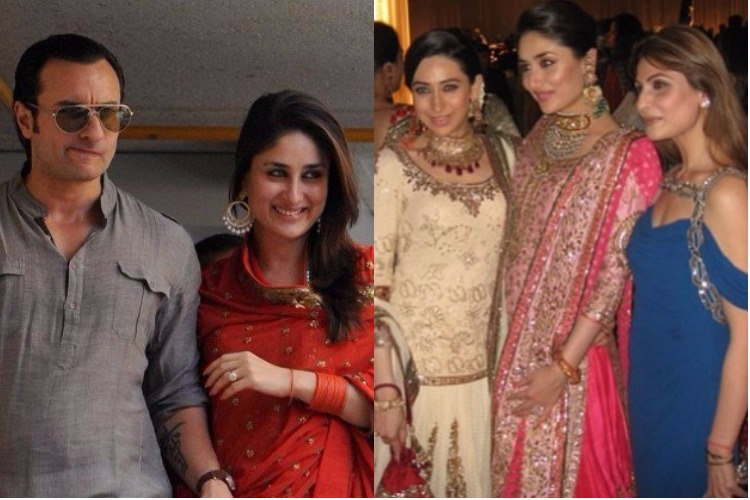 NT Rama Rao Junior is one of the biggest superstars in Tollywood and a household name in Andhra Pradesh and Telangana. It was one of the biggest and fattest weddings celebrated traditional Andra style at Hitex city in Hyderabad. The mandap was designed by art director Anand Sai and there were live coverage and broadcast of the marriage ceremony for his fans. Pretty decent for a paycheck of Rs 18 crore, no? 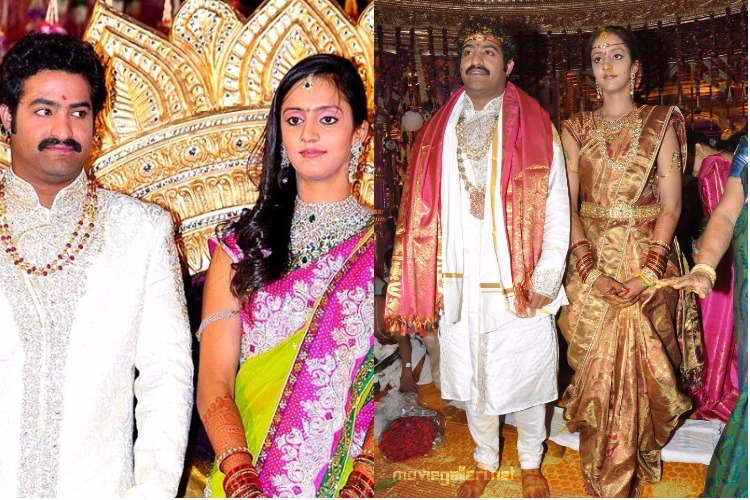 Actor and hotelier Vikram Chatwal got married to model Priya Sachdev in 2006 and it was a lavish affair. The couple also got divorced after a troubled marriage in 2011. But what was noteworthy is that the Chatwal family spent a whopping Rs. 100 crore for the wedding that took across 3 cities over a span of 10 days. The guest list included global celebrities like Naomi Campbell, Prince Nicolas of Greece and the son of the late Shah of Iran among 600 guests from over 26 countries. 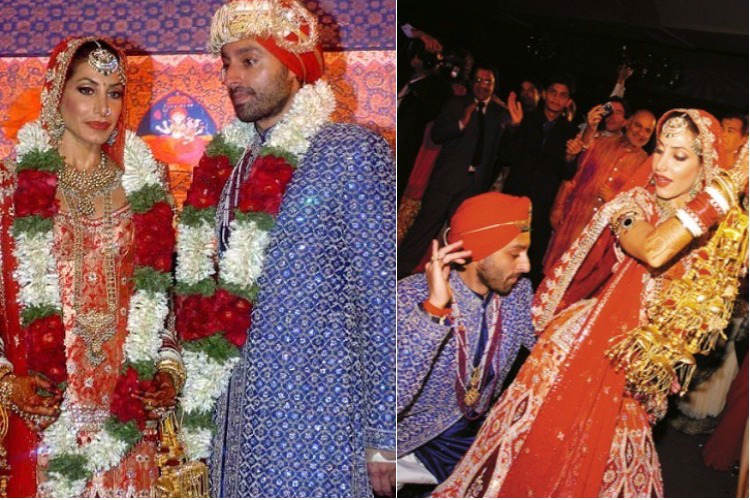 When the world’s second richest Indian, Lakshmi Mittal’s daughter got married, it does not come as a surprise that it was outrageously expensive. Vanisha Mittal got married to banker Amit Bhatia in 2004 and the total spending was about Rs 240 crore which is approximately Rs 350 crore today. The business tycoon flew more than 1000 guests from all over the world to France. The engagement was held at the Palais de Versailles which was once home to the richest in French aristocracies and the reception saw a surprise performance by pop star Kylie Minogue. 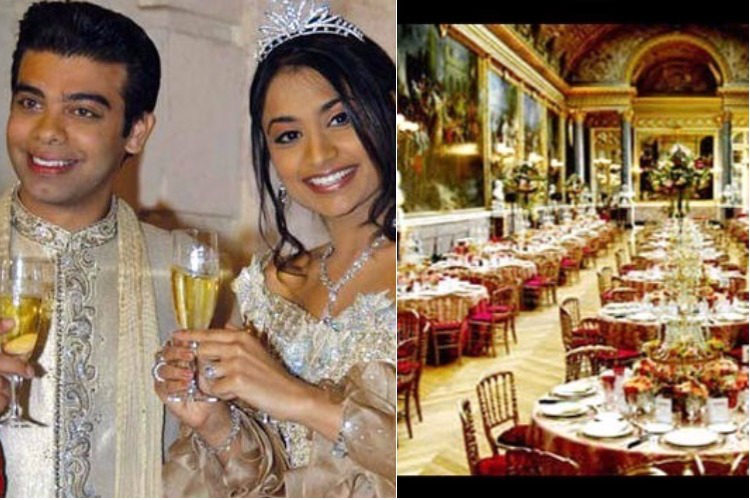 The founder and Chairman of Sahara India, Subrata Roy spent a total sum of Rs 552 crore on his son’s wedding. Both of his sons Seemanto Roy and Shushanto Roy got married on the same day in 2004 in Lucknow. It is probably the biggest wedding that India has seen. The guest list was dotted with about 10500 people from all over the world. Everything about this wedding was extraordinary. The seven vows were inscribed on 7 pillars and there were performances by well-known artists. The extravagant wedding had 101 cuisines and they also served food to about 1,50,000 beggars. 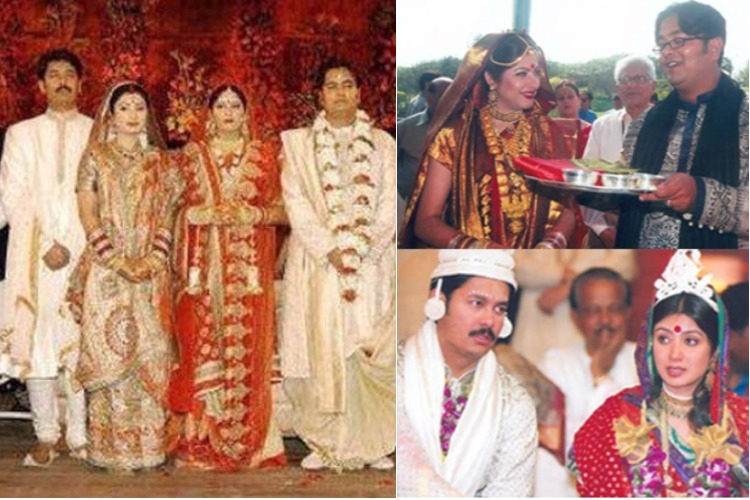