When it comes to understanding the real meaning of  — There is more to what meets the eyes‘, our Bollywood can be the classic example to study. While anything and everything related to our film industry might appear to be glamorous and golden on the surface, what lies beneath are simple human beings like you and me, who lead normal lives. It is very easy to think that these celebrities who are heeded as demi-gods by millions of people would be so full of themselves to worship anything other than their own selves, but that is not entirely the case. Here we bring you a list of b-town celebrities who have been able to see beyond the glitz and glamour of Bollywood and have taken to the path of spirituality to implore the inner realms of their beings.

Irrfan: The Hindi Medium actor who is an avid reader of Osho’s books, recently spent a day at the serene Osho International Meditation Resort in Pune. Sharing his experience Irrfan said that Osho’s resort is like a hamam where one can wash away all the dirt of previous conditionings. The actor laid stress on how it is necessary to experiment with the external and as well as internal self. 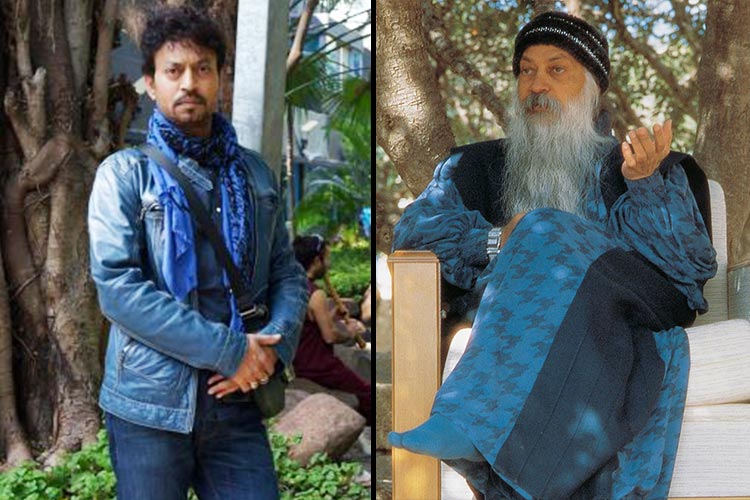 Aishwarya Rai Bachchan: Known as the most beautiful woman in the world, this blue-eyed beauty is an ardent follower of Sathya Sai Baba. Since Aishwarya’s parents were Baba devotees, it was only natural for her to follow suit. Upon Aishwarya’s birth, Baba went on to say that the little baby would grow up to be an embodiment of all true virtues.

Hrithik Roshan: Now Greek god looks were just not enough for Hrithik as he is striving hard for a halo over his head too. The actor who has had his share of ups and downs in life has now resorted to a spiritual way of living. Post joining the Oneness University and following Sri Bhagavan, Hrithik claims to have transformed into a much ‘calmer’ and a ‘happier’ person.

ALSO READ: 11 quotes from the Tibetan spiritual leader that would inspire every millennial 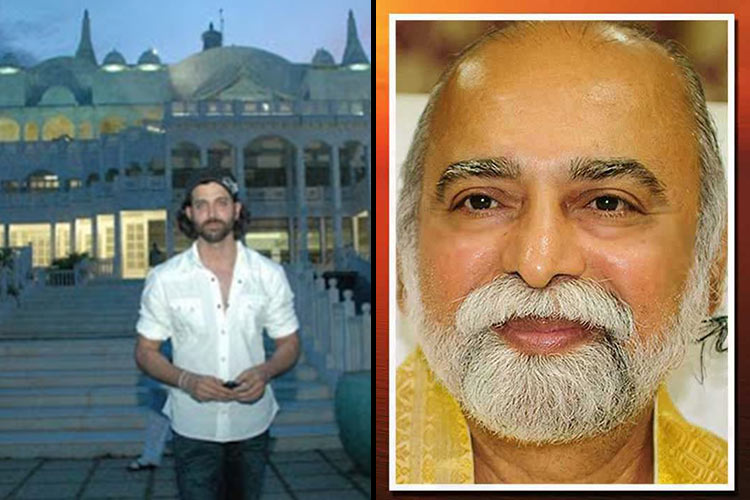 Shahid Kapoor: The very handsome superstar is not only passionate about gymming but also about spirituality. He on the footsteps of his father, Pankaj Kapoor, follows Radha Soami sect of Beas. Not only does he regularly attend their satsangs with wife Mira Rajput, the couple even solemnised their wedding according to the sect’s rituals. 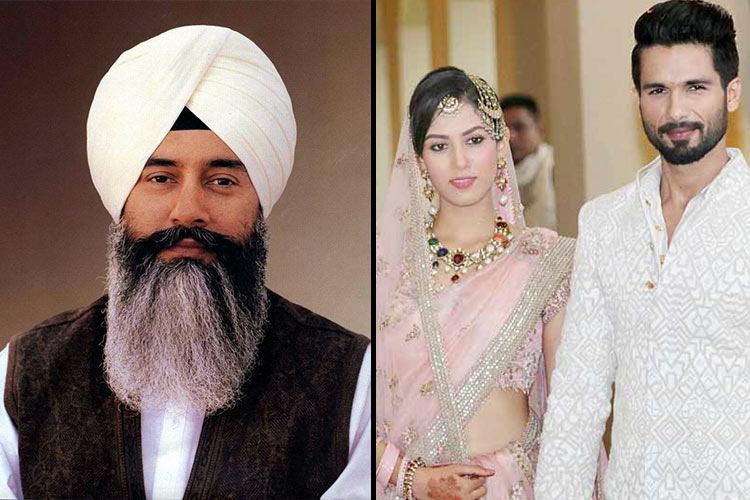 Dia Mirza: Doe-eyed beauty Dia Mirza is a zealous follower of Sri Sri Ravi Shankar. The actress regularly practices Sudarshan Kriya, a meditation technique devised by the spiritual leader himself. She claims that getting in touch with the Art of Living Organization has changed her life massively. 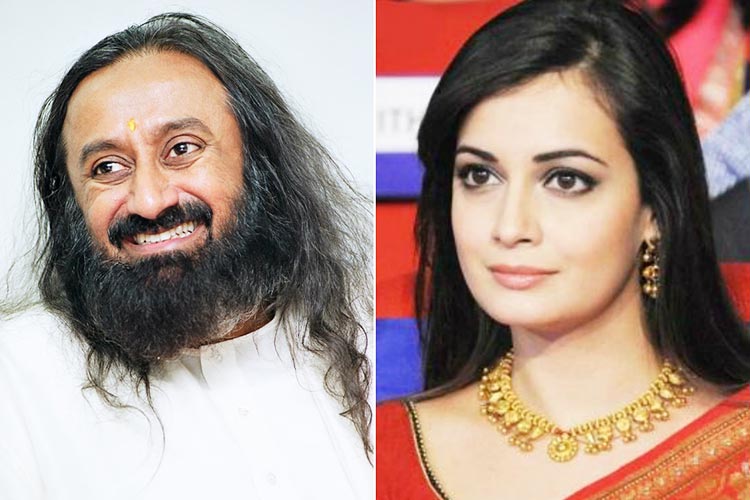 Dia Mirza is an ardent follower of Sri Sri Ravishankar

Shilpa Shetty: Shilpa was once an Art of Living follower. However these days, the actress is ardently following Oneness University in Chennai where spiritual guru Kalki Bhagavan guides her. The actress is extremely passionate about yoga too. 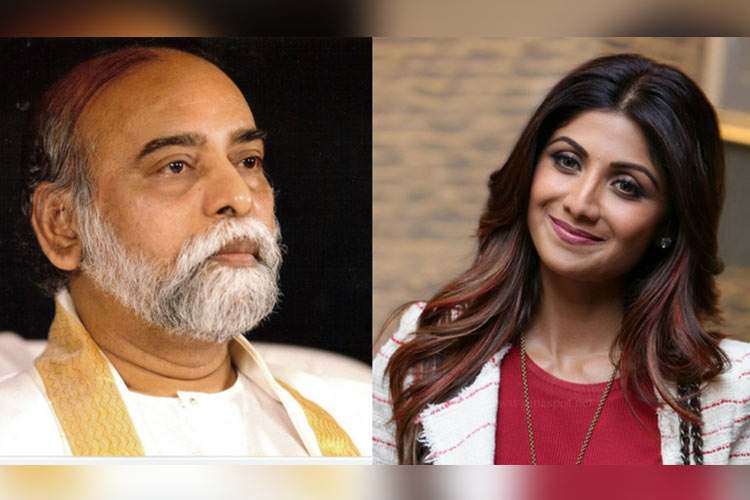 Lara Dutta: Former Miss Universe Lara Dutta is a follower of Sri Sri Ravi Shankar. She not only meditates on a daily basis but is also capable of conducting meditation workshops. Being an actress and an instructor at the Art of Living Foundation, Lara balances her both worlds beautifully. 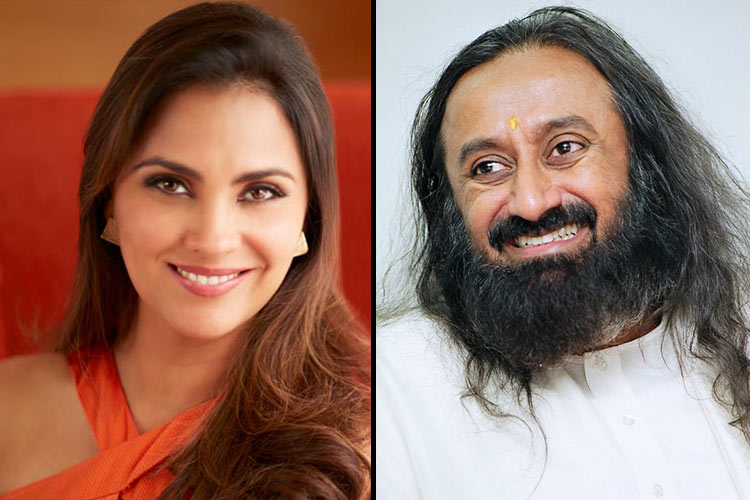 Bipasha Basu: Dusky beauty Bipasha Basu too believes in leading a spiritually fulfilling life and in order to rejuvenate her soul, she along with her husband Karan Singh Grover signed up for an 11-day programme at the spiritual centre ‘Anandashram’ in the Himalayas. She believes that the goal of one’s life should be to make one’s heartbeat match the beat of the universe. 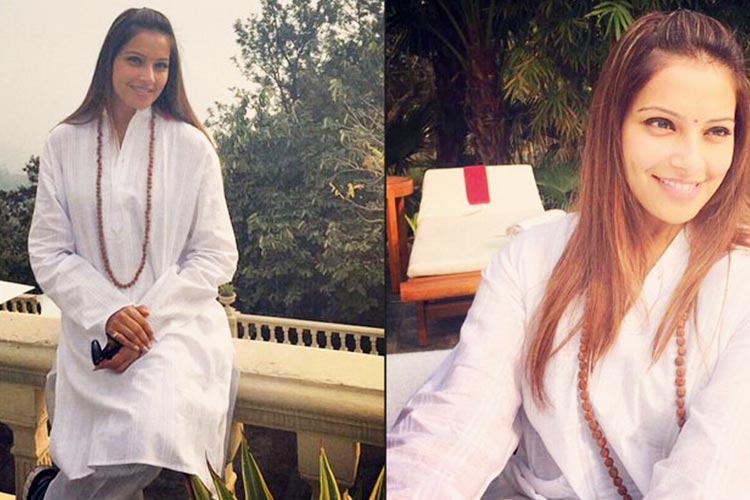 Manisha Koirala: Fighting ovarian cancer transformed 90s superstar Manisha Koirala in many ways and the actress says she has now grown to appreciate life. She was recently spotted in Haridwar where Mahamrityunjay Ekadash Rudra Mahayagya was performed by Pilot Baba. It was her way of expressing her gratefulness to the almighty for her victory over the fatal disease. 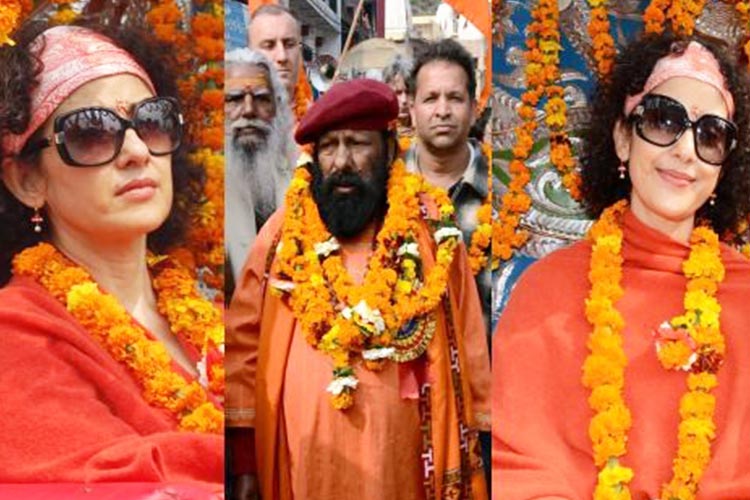 Tisca Chopra: Tisca Chopra practices Buddhism of Nichiren Daishonin and claims that it has increased her faith in humanity. She feels that Buddhism is a philosophy of great hope and self-actualisation which is very necessary for modern life. She also chants the mantra Nam MyoHo Renge Kyo every day. 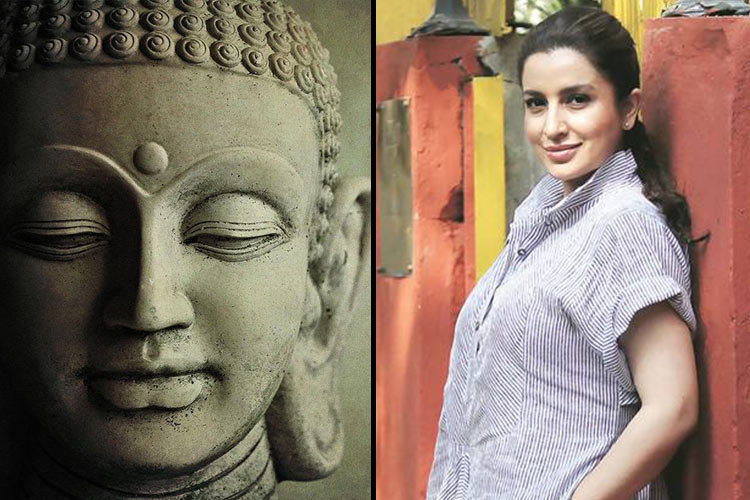 Hansika Motwani: Hansika Motwani follows Buddhism. She was quoted as saying in an interview, “The best way to effectively de-stress for me is to chant- Nam Myo Ho Renge Kyo, as I strongly follow Buddhism.” According to the actress, chanting has helped her personally and professionally. 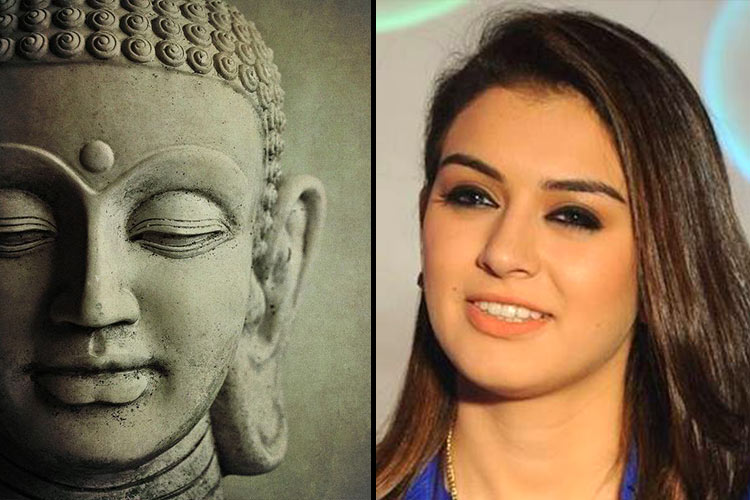 Vinod Khanna: Veteran actor late Vinod Khanna was a sincere follower of Osho Rajneesh. He regularly visited the Osho Ashram in Pune and soon started to wear an orange robe, normally worn by the spiritual guru’s disciples. At the peak of his career, he simply left for Osho’s Oregon ashram, where he turned took up the responsibility of gardening. 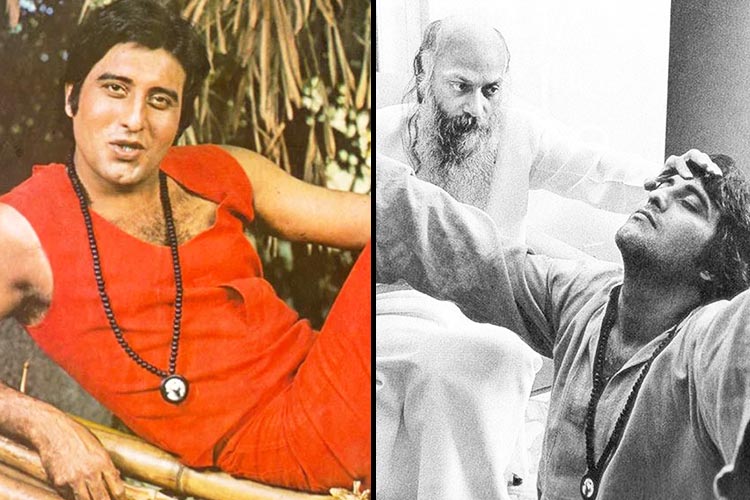 Parveen Babi: The sultry sex siren of the 70s, Late Parveen Babi sought solace from her traumatising past and loneliness in philosopher UG Krishnamurti’s words. The philosopher had a huge impact on the actress’s life and helped her recover from her psychological illness. 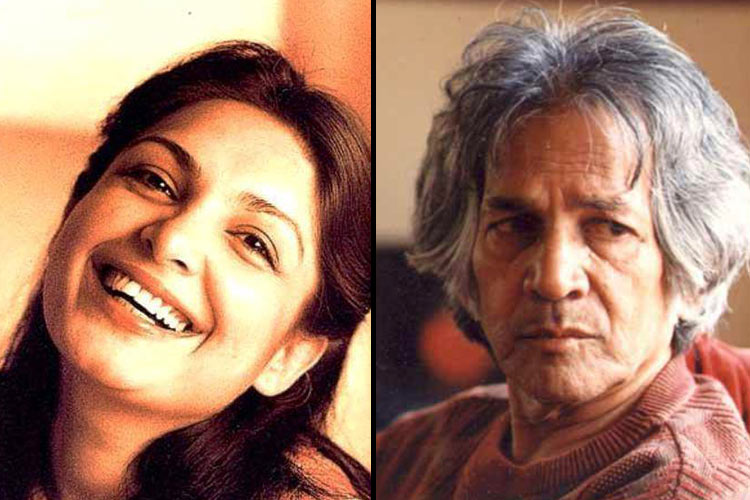