Bollywood is synonymous with glamor and our celebs leave no stone unturned when it comes to luxury. They surely have it all. From extravagant parties to fabulous homes, Bollywood celebrities are always a little extra when it comes to their lifestyle. Vanity vans are a big part of their lives considering that they spend most part of their day at shooting locations.

According to Amitabh Bachchan, vanity van was introduced in the film industry by Manmohan Desai and now most the actors own their very own customised vans. Since they use the van to get ready and relax in between shots, all of them make sure their vans are made to suit their need and style as well. It is no more meant just for comfort rather it is a luxury on wheels. Let’s have a look at some of our tinsel town celebs and an inside peek into their vanity vans.

With a net worth of 1.5 crore, Salman Khan obviously has to travel in style. With most of his movies in the 100-crore club, this superstar owns a beautiful vanity van equipped with the latest gadgets. The interior of his van is basic but beautiful with a big photo frame of his own picture on the wall. 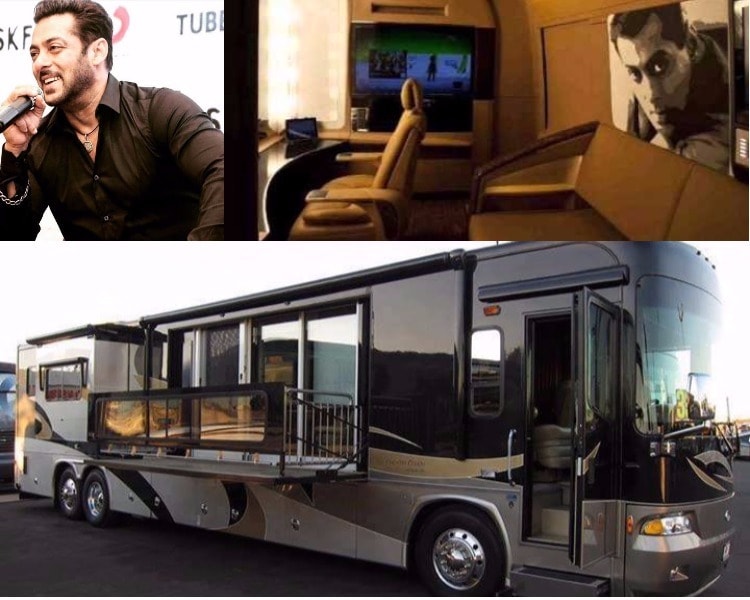 Varun Dhawan’s old vanity van met with an accident and he was glad to show off his new van on Instagram. It is equipped with all the basic facilities and looks posh. Though not very fancy, we think it goes well with the actor’s  sophisticated and simple personality. 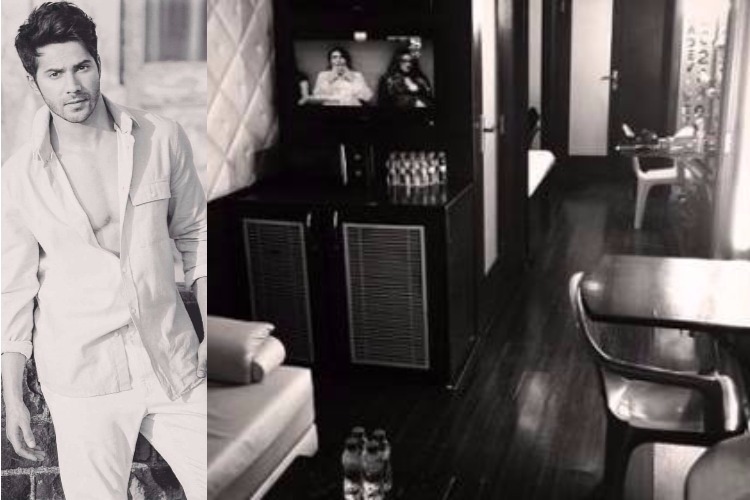 The King of Bollywood deserves nothing but the best. For the love of all the things futuristic, Shah Rukh Khan got himself a vanity van that he is proud of at an estimated price of Rs. 4 Crore. It is designed by a design studio called DC Design and this is not the first van they have designed for him. His vanity van is functionality and aesthetics combined as it comes packed with all high-end technologies and latest gadgets and the only vanity van in India to have such high-end facilities. 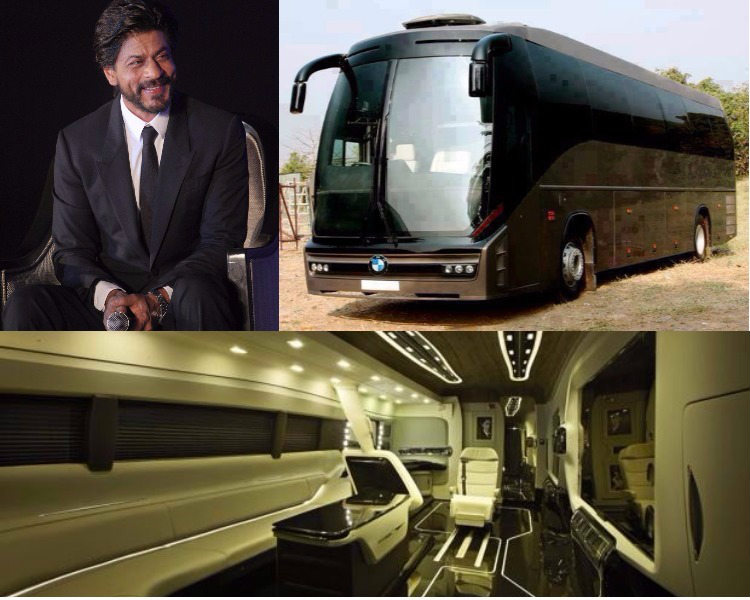 Alia Bhatt calls her vanity van her second home for obvious reasons. And she gave her second home a major makeover. The van is now adorned with all kinds of pretty things. It was redone keeping the actress’s style in mind and has a quirky vibe to it. Alia Bhatt’s vanity is way tol quirky. You gonna love those graffiti on the walls, side lamp and colourful cushions. It was revamped by Amrita Mahal — a production designer, known for films like 2 States and Yeh Jawani Hai Deewani. 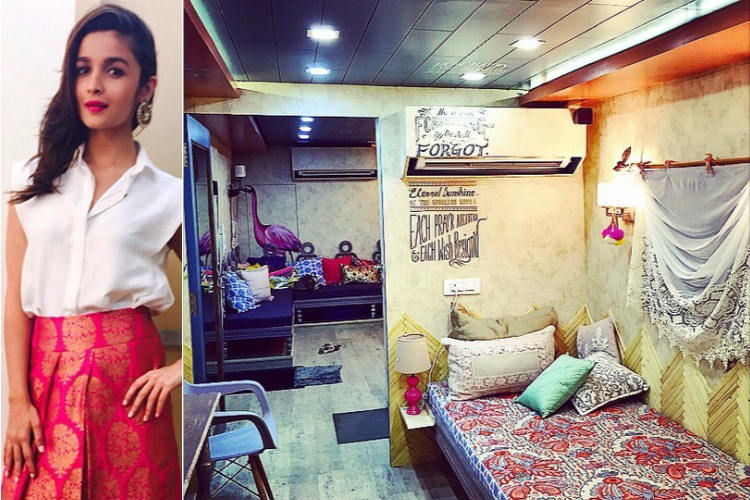 Hrithik Roshan’s vanity van was built keeping his requirements in mind as he wanted a place where he can work and have fun simultaneously. From the looks of it, his van looks high- tech and futuristic. It is super luxurious with wooden and glass interior in black and white and blue LED lighting. 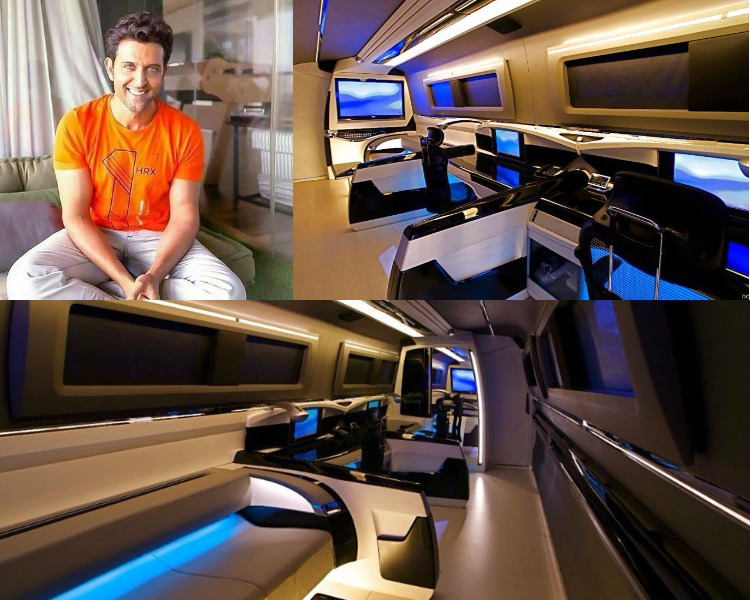 The fashionista Sonam Kapoor’s Vanity van is as classy, elegant and stylish as the actress herself. The beige colored interiors of her van give a classic look with LED lights, flat-screen tv, couches and all the latest technology. 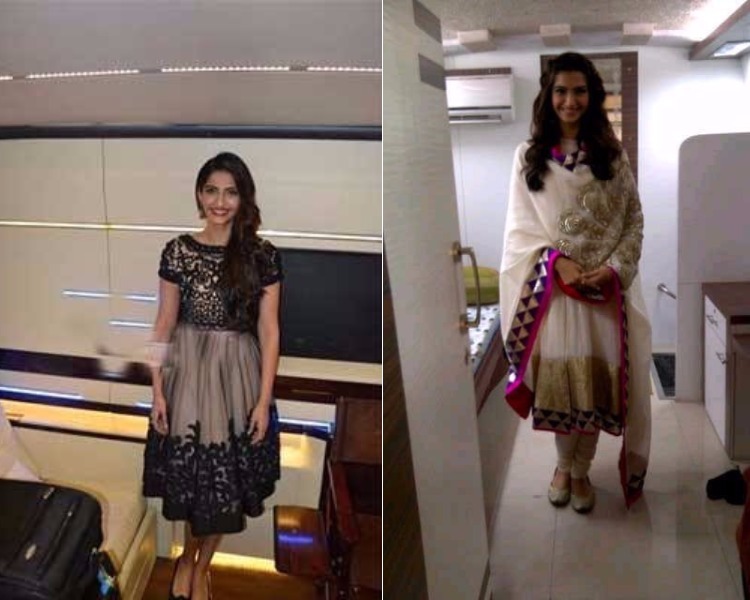 Ajay Devgn’s vanity van is designed by a Gujarat- based designer and looks swanky. On the outside, it resembles the design of a sports car and is one of the most well-equipped vanity vans owned in the industry. It also has a fully-equipped gym. 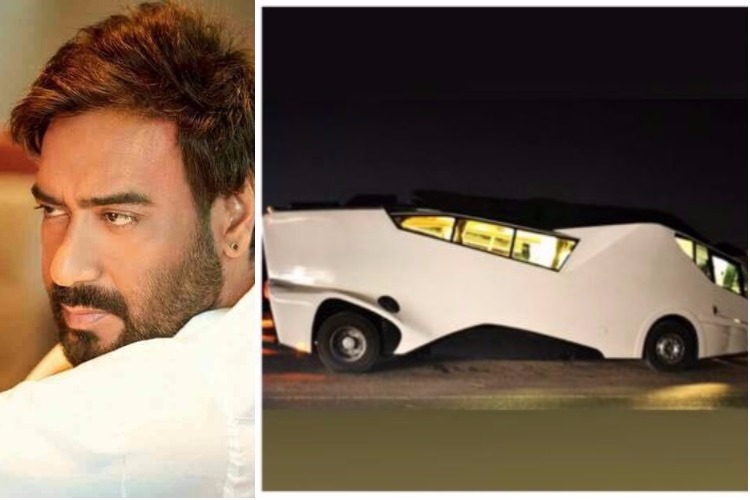