The month of Shravan or Sawan is the most auspicious month in Hindu calendar. This whole month is dedicated to Lord Shiva and the devotees pray, keep various fasts to seek the blessings of the Lord. The Mondays or Somwars of the month are dedicated to Lord Shiva while the Tuesdays and Mangalwars are dedicated to Goddess Parvati, Lord Shiva’s consort.  The devotees fast or keep vrats on Mondays which are also known as Shravan Somwars or Sawan Somwars. The followers fast for consequent 16 Mondays called solah somwar vrats, from the first Monday of sawan month to the Last Monday, to please the Lord.

Guru Purnima on Sunday, 9th July 2017, marked the beginning of sawan or Shravan month. 10th July is the First Monday of the sawan month in the Northern States like Rajasthan, Uttar Pradesh, Madhya Pradesh, Punjab, Himachal Pradesh and Bihar and the month will end on 7th August. In other states like Andhra Pradesh, Goa, Maharashtra, Gujarat, Karnataka and Tamil Nadu, the solah somwar will begin on 24th July and end on 21st August 2017. 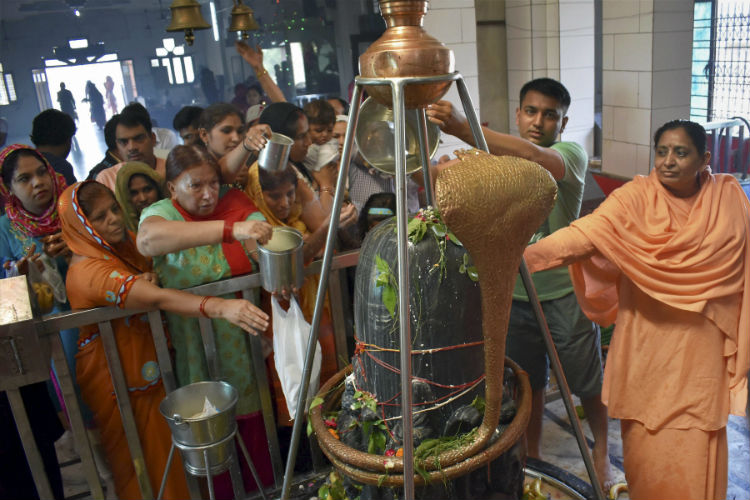 Significance of Lord Shiva in Shravan or Sawan Month

In Puranas (Sacred Hindu Mythology in Sanskrit), there is an important episode that gives the significance to this month. The search for Amrit took place during this month. During the search, 14 rubies were procured and 13 of them were divided between Devas (Gods) and Asuras (Demons) while the 14th ruby, Halahal, remained untouched due to being extremely poisonous which could destroy the universe. To save everyone, Lord Shiva drank the poison and stored it in his throat. His throat turned blue due to the effects of poison and thus, he was named Neelkandh (Blue throat). To help him counter the effects of the poison all the Gods offered him holy water from Ganga river. All this happened in the sawan month and hence, it acquired is auspiciousness. 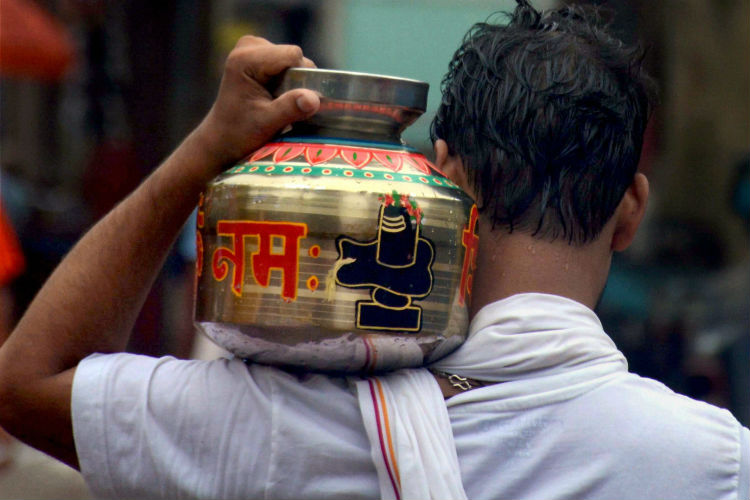 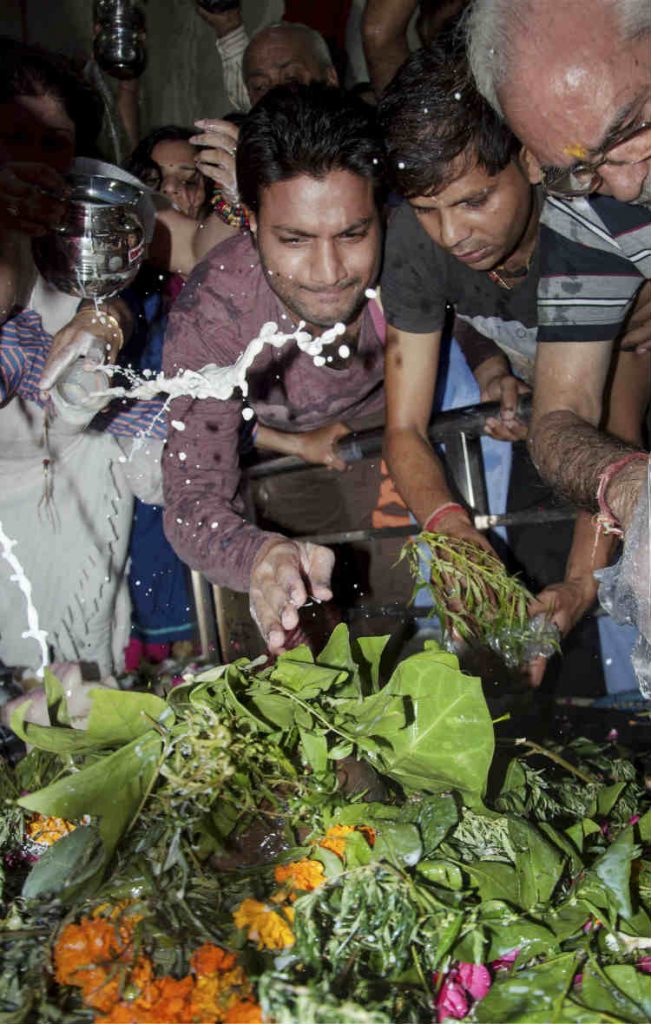