Aren’t you excited for nine days of crazy dancing, twisting and turning to the tunes of Garba? All folks, irrespective of religion, caste and race are prepared to celebrate Navratri and the festival will witness nine nights of crazy energy-fueled dancing at loads of venues (and obviously, Falguni Pathak nights!) throughout the city. As people all across India are geared up to celebrate the Navratri festival, there’s a banquet in Mumbai that has come up with an amazingly innovative idea that’ll remove the stigma of ‘noise pollution’ related to Garba!

Remeber the Break-Up song from Ae Dil Hai Mushkil? Well, a Mumbai banquet owner was so impressed by the silent disco concept in the movie that he decided to give it a Navratri twist. Isn’t it exciting? The idea that has been picked up from the film is an ingenious way of having fun whilst keeping the noise pollution norms in mind. Of course, normal garba will be from 7 pm to 10 pm, but after that, the silent garba will be played during Navratri.

This garba night launch will happen indoor at Rajmahal Banquets and the tickets for the event cost Rs 1,500 per person. The organizers have arranged headphones for the Dandiya night after 11 pm. The late-night dandiya party will last up to 2 am from September 21 to October 1 and the music played will be the traditional Navratri/Garba music. 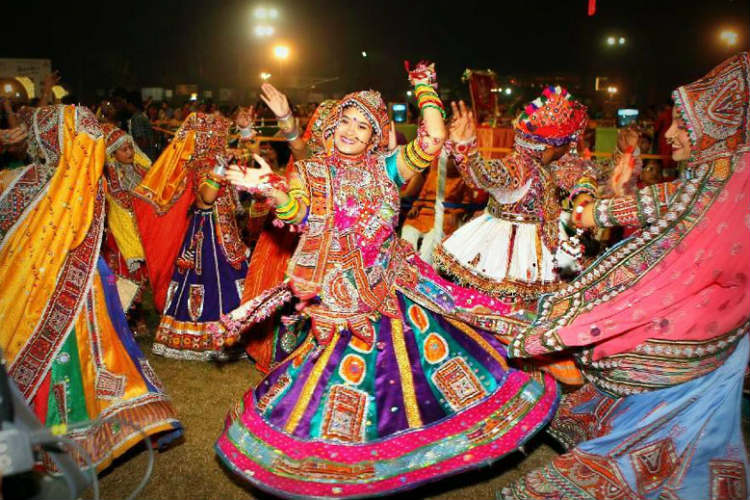 The owners of the banquet are hoping that the crowd that leaves other venues due to the 10 pm noise deadline in Mumbai can be somewhat mitigated to their banquet with this idea. This will not only help in reducing the noise pollution levels in the city but will also allow people to play Dandiya and Garba until late night, without any hindrance to others. Amazing, isn’t it?

All we can say is, ayyee haloo!