Though both of them were on the same show, they never interacted with each other. Finally, they did a small scene together but Divyanka never thought of being in a relationship him, and therefore, didn’t give it much thought. However, Vivek’s initial thought about Divyanka was of today’s Tulsi. 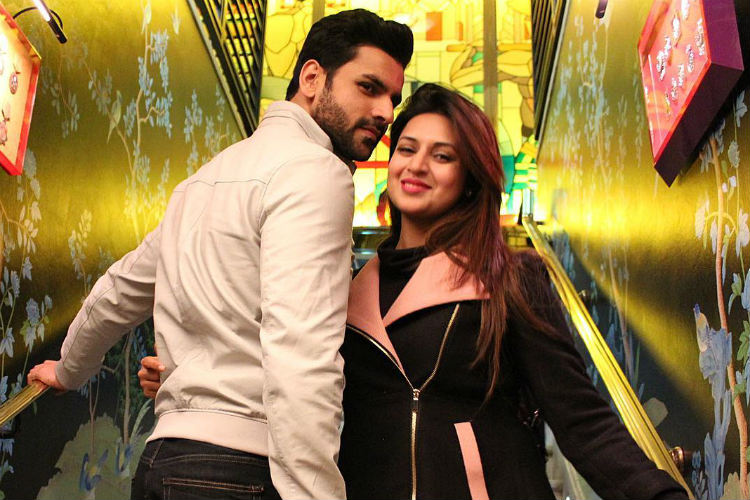 Initially, they were nothing more than co-actors, but later, another co-star suggested that both of them go on a date as they were much alike. At first, both hesitated but later, agreed to the idea and went out together for the first time. And, on their very first date, cupid struck. While talking to a leading daily, Divyanka spoke about her first date with Vivek, “The first time we met, the breeze of love had started blowing and by the third-fourth meeting, it had taken us by storm. I realised we are meant to be together. Vivek is a positive person who pulled me out of a major low that I was going through.” Wondering who was the co-star playing cupid? Well, he was her on-screen brother-in-law Pankaj Bhatia.

They met again and again. Both of them were sure that he is the one and she is the one. They knew that it wasn’t any casual fling or just a random affair.

After he proposed! So Vivek proposed Divyanka on her birthday i.e. on December 14, 2015. They were now dating for quite a few months, so the duo went to Bengaluru together for the first time to meet Divyanka’s family. Vivek had a huge plan. As soon as she was ready to cut the cake, she saw him standing with two T-Shirts with one ‘You are an answer to every question’ witten on it and other had ‘Marry Me Diyvanka’. “You have everything, but you need somebody who will be committed to you for life. I promise I will never hurt you and keep you happy all your life. He had a ring in his hand,” Divyanka disclosed Vivek’s proposal to a leading daily. The proposal was beautiful and she was speechless. And, it was a ‘Yes’.

Though media had already started speculating about their affair, Divyanka Tripathi and Vivek Dahiya exchanged rings on January 15, 2016 at a small ceremony in Chandigarh. Like going on date and proposing her, even this was a last-minute decision. Basically, their engagement was just a family meeting that turned into an engagement ceremony.

“Dus din pahle maine bhi nahi socha tha ki ye dhamaka doongi. We were going to Chandigarh to meet Vivek’s family. We thought when everybody likes everyone, then why not turn this into an engagement,” said Divyanka.

A post shared by Divyanka Tripathi Dahiya (@divyankatripathidahiya) on Jan 18, 2016 at 11:56am PST

And they got married

Finally, Divyanka Tripathi and Vivek Dahiya officially became Divek. The two took saat pheras on July 8 in Bhopal. Wearing a resplendent red-and-gold lehenga, and heavy gold jewellery, Divyanka was looking too pretty as a bride. They also had a pre-wedding photoshoot, which was stunning and spectacular. Divyanka’s friends organised a bachelorette party on July 3, which was held in her vanity van. Her haldi and mehendi ceremony were held on July 7, while reception took place on July 10 in Chandigarh.

Though they couldn’t go for a honeymoon immediately after marriage, they waited for six months and then went to Europe. They celebrated their first Valentine post wedding in Goa.

A post shared by Divyanka Tripathi Dahiya (@divyankatripathidahiya) on Dec 19, 2016 at 9:57am PST

Currently, Divyanka Tripathi and Vivek Dahiya are shaking their legs in Nach Baliye. And we must say, they are rocking in every episode.