Every four minutes, an Indian woman is diagnosed with breast cancer according to data from Breast Cancer India. In 2012, there were approximately 70,218 deaths from breast cancer in India, making it the highest anywhere in the world that year.

In a significant stride to tackle this menace, a Kerala scientist and her team have come up with come with a bra that detects breast cancer. A six-member team, headed by Dr A Seema of the Centre for Materials for Electronics Technology (C-Met) from Thrissur has developed a bra embedded with sensors which measures the skin temperature and creates thermal imaging to detect cancerous cells. 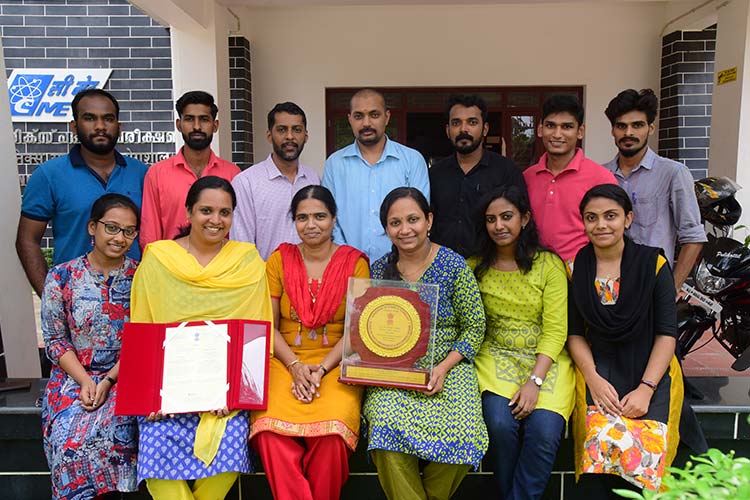 On a telephonic conversation with InUth, Dr Seema stressed that it was not a substitute to mammography, but the bra can work as an initial screening or test for breast cancer. One of the main reasons that prevents many women from going for mammography are the radiations emitted during the test. Affordability is another factor that hinders as a mammography may cost anywhere between Rs 1,500 to 8,000.

“This device would put a full stop to such worries as it does not emit radiations,” says Seema, adding, “This device is made of three units: the wearable unit, data acquisition system, and the software. All together it will cost around Rs 25,000 to 50,000. But once it has been made available to the hospital, tests will be very cheap, say around Rs 50”.

Explaining why they chose to design a cancer-detecting bra, she said, “Women are utmost concerned about their privacy. Therefore this device can be worn as an innerwear and they can wear any clothing above it.”

The device has been the result of hard work of four years. Starting their work in 2014, Dr Seema and her team tested the device on 117 patients at Malabar Cancer Centre, and 200 volunteers. The results were later verified with all standard tools like sonogram and mammogram, says Dr Seema. It has now been sent for commercialisation purposes. Once commercialised, the device will be available to the public at an affordable cost. 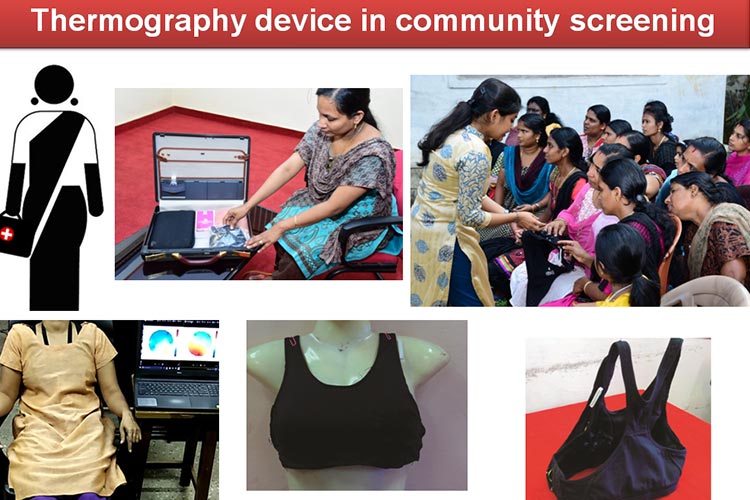 Lack of awareness is another impediment in this issue. “Not every clinic can afford a mammogram machine, and therefore many are not even aware of it.This portable device however can be carried by any ASHA worker to the community level, and thereby will increase awareness about breast cancer,” says Dr Seema.

Recognising her contributions, Seema was conferred with Nari Shakti Puraskar, the highest civilian honour for a woman. She received the award from President Ram Nath Kovind on March 8, International’s Women’s Day. 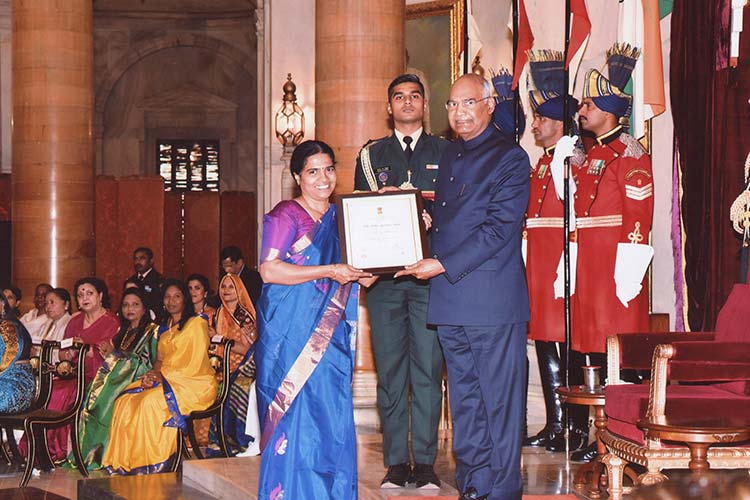 “The urge to do something positive for the society led us to develop this device. We are glad that the country is recognising our effort,” she says.