Sleep seems hard to come by to some Indians, and a recently released survey on sleep patterns corroborates the same. The survey conducted by Wakefit.co reports that 79% of respondents in Hyderabad reported suffer from insomnia.

The survey further suggests that 48% of people in the city prefer sleeping between 11 pm and 1 am. It also found that 25% of the respondents sleep less than seven hours, and 89% of them wake up once or twice in the middle of the night.

More than a quarter of people said they stay up late mostly because they’re watching shows on their electronic devices. Around 90% of the respondents in the city used their phones before hitting the bed, and 81% felt ‘sleepy at work’ approximately one to three days, a week. Another study terms the lack of sleep because of excessive use of mobile phones as ‘technoference’.

Matthew Walker, a neuroscientist studying sleep patterns for over 20 years, told The Guardian about the consequences of losing sleep, “After just one night of only four or five hours’ sleep, your natural killer cells – the ones that attack the cancer cells that appear in your body every day – drop by 70%, or that a lack of sleep is linked to cancer of the bowel, prostate and breast, or even just that the World Health Organisation has classed any form of night-time shift work as a probable carcinogen.” 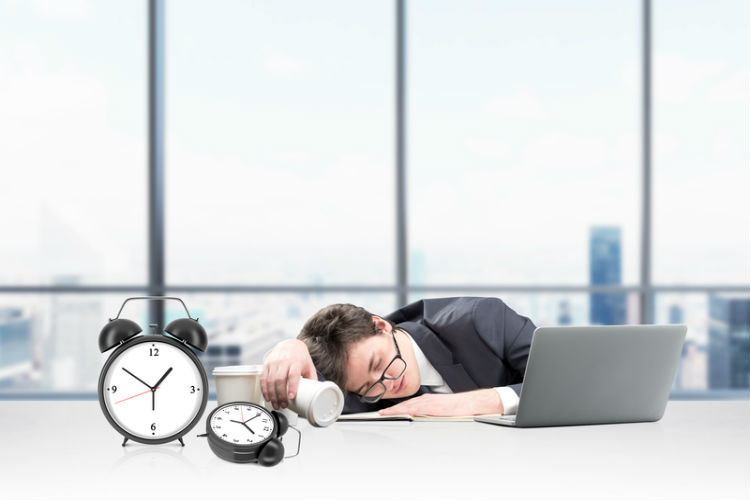 Another reason respondents listed for sleeping late, was that they were bogged down by worries about the future. Around 45% of respondents reported having physical issues like tiredness and back pain as a reason for their sleeplessness.

Ankit Garg, co-founder and CEO of Wakefit.co, told TOI, “Lack of sleep can lead to a multitude of health issues that range from high blood pressure to increased anxiety…What’s concerning is that a majority of people don’t consider sleeping disorders as a real problem.”

Wakefit.co is a sleep solutions company based in Bengaluru. According to them, around 16,000 respondents from Bengaluru, Delhi, Mumbai and Hyderabad took part in the year-long survey. It concluded on March 15, 2019, to mark World Sleep Day and is a part of ‘Great Indian Sleep Scorecard 2019’.

A similar study conducted by Wakefit.co in 2018 surveyed suggested that 31% of the people surveyed get less than 7 hours of sleep per day, with 17% of them admitted to suffering from insomnia.