Lean and mean Rana Daggubati is leaving no stone unturned to make his on-screen character Bhallala Deva look fierce and scary. The actor has been involved in extensive and rigorous workout routines and the results have been breathtaking. The actor works out exhaustively and follows a strict diet regime. He never misses workout routines and works six days a week.

The actor has always been vocal about his workout routine. The actor makes sure to start his day with cardio exercises. Cardio exercises help him to get into the rhythm. Not only in the daytime but Rana also hits the gym at night. His trainer Kunal Gir motivates him and the actor works out then for nearly two hours. Apart from that, Rana invests his energy in boxing. 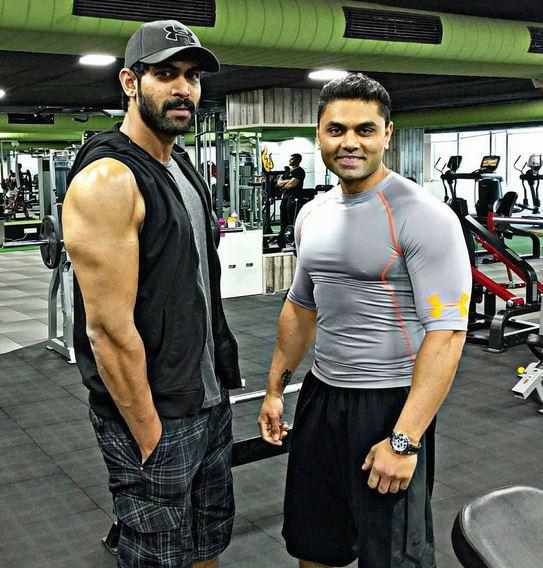 A look at his social media accounts and you will get to know why he is one of the finest actors in the industry. The actor likes to challenge his body. Whenever he came on the screen in Baahubali, girls went gaga over the actor’s sculpted body. The best part is that the actor shared his regime with his fans and they are mind boggling. Here are a few videos that will give you a faint idea of how the actor is sweating out in the gym:

Directed by SS Rajamouli Baahubali 2: The Conclusion is slated to release on 28 April 2017. The movie also stars Anushka Shetty, Tamannah Bhatia, and Sathyaraj in lead roles. The earlier installment was a massive hit and was able to muster as much as nearly 500 crores. The movie will also resolve the very important question of why did Katappa kill Baahubali.