Huma Qureshi made quite an impression with her smashing debut in Gangs of Wasseypur series. The actress who once faced body shaming has decided to hit back at the haters in the best way possible. Fitness enthusiast Huma loves working out in the gym. The actress is leaving no stone unturned to maintain a fit and fab body. Currently, she has taken a 28 days detox challenge wherein the actress is planning on take some healthy steps by curbing the amount of unhealthy and especially junk food.

The fit and fabulous actress never misses her workout routines to ensure that she stays in shape. Last seen in Jolly LLB 2, apart from her power packed performance, the actress impressed her fans with her leaner avatar. Huma Qureshi believes in a go-getter attitude. She believes in a simple philosophy of ‘nothing is impossible’ and the actress is nailing her rigorous workout routine.

Check out her Instagram account and you will find loads of videos wherein the actress is sweating out in the gym. Trained by Yasmin Karachiwala, Huma Qureshi does not stick to one workout schedule. She believes in trying out different regimes that push her a lot. The actress has taken to an aggressive exercising mode, and even posted a short video of herself working out in a gym. “Now training hard. 28 day detox, forget the scale. Your self-worth is not dependent on the weighing scale or weight. 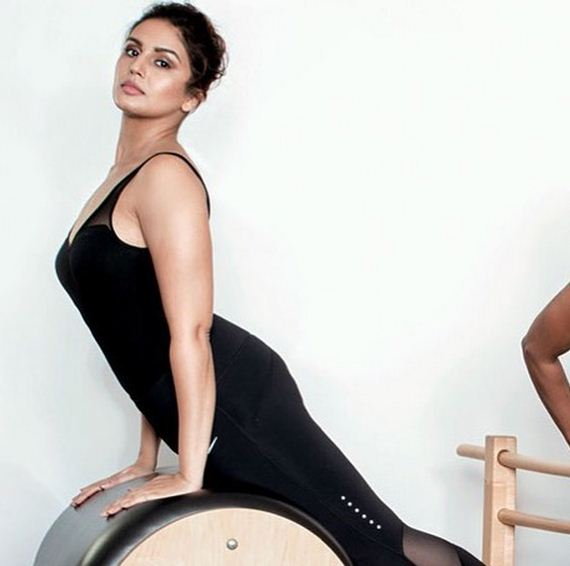 Be the best version of you,” Huma captioned the 38-second long video. The video features the ‘Dedh Ishqiya actress is seen working on exercises focused on her abdomen area and legs, apart from arms. She did not say if her fitness regime is for a particular film or in general.

On the professional front, Huma Qureshi will be seen next alongside her brother Saqib Saleem in the film Dobaara. The venture is a remake of English film Oculus. Dobaara is slated to release on 19 May, 2017.