Raabta star Sushant Singh Rajput is one of the fittest actors in the Bollywood industry. Every now and then, he shares a couple of fitness videos on his social media account to motivate his fans. One such video of his sword fighting session for the film has been doing the rounds on social media that has made his fans go crazy. The actor is leaving no stone unturned to make Raabta a super hit. He has been lately involved in a rigorous fitness workout regime.

Over the months, Sushant Singh Rajput has taken an exhaustive training for sword fighting. In the sessions, he learnt how to swing the sword and fight a long battle with it and it seems that the hard work has paid off well! The intense action sequence has come out so well that we are definitely booking our tickets to watch the film on the first day of its release. In the video, Sushant Singh Rajput can be seen fighting with the stunt men only to start one on one combat with Neerja actor Jim Sarbh. 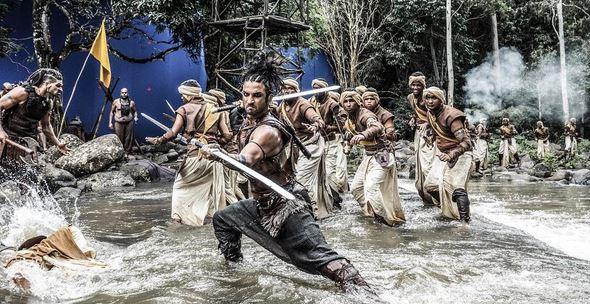 The actor shared a minute long video on his Instagram account. Along with the gripping video, Sushant wrote, “Training video of #Raabta preparations in Bangkok. Hope you guys enjoy it..!! P.s this is a training video and is not the climax of the film.” Within minutes of putting up the video, Sushant’s friends from the industry were all in praise for the actor’s hard work. Sushant Singh Rajput’s fans went gaga over the video. Check out the video below:

Training video of #Raabta preparations in Bangkok. Hope you guys enjoy it..!! P.s this is a training video and is not the climax of the film:)

The palpable chemistry between Kriti Sanon and Sushant Singh Rajput has been one of the hallmarks of the intriguing trailer. Fans who are already excited for the film are eagerly waiting for June 9 this year as this is the day when the film will release in your nearby theatres. The film also stars Neerja actor Jim Sarbh in the lead role as well.
strong>For interesting entertainment and lifestyle videos from InUth, follow us on Youtube.com/InUthdotcom