Ever since Rani Mukerji married Aditya Chopra, she has remained herself away from the media. She has hardly made any public appearances and post the delivery in December 2015, the actress stayed away from the limelight. And now when her daughter is over a year old, she is making her comeback to films. Hichki, Rani’s comeback film, is all set to release this year. while we are waiting to watch her on-screen once again, she was spotted at the airport last night. We must say, she looked fab and fitter than ever.

During her pregnancy, she gained a lot of weight and post her delivery it was static for some time, which happens with every mother. But her comeback with her fittest self is something you just can’t believe.

So, in July 2016 Rani was snapped at the international airport. Dressed in her travel gear, she was seen without makeup. 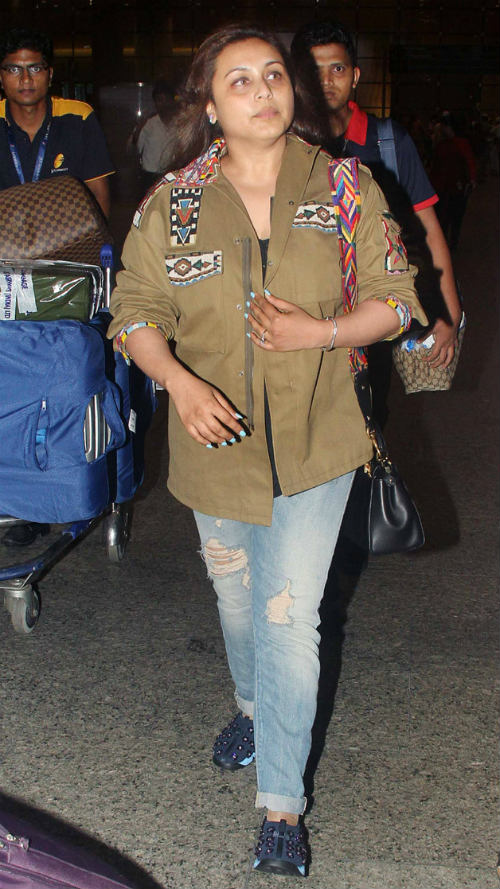 Later in March 2017, she attended the HT Most Stylish Awards, where she was seen wearing a long red coat which had embroidery on its sleeves. You can see a slight difference here. 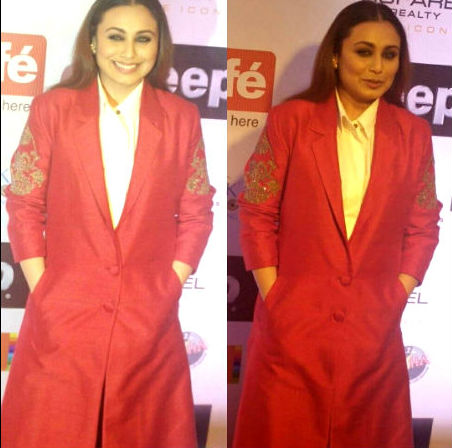 Just two days back, Rani was seen at the shooting location of Hichki. Though we didn’t like what she was wearing, her transformation is quite noticeable. 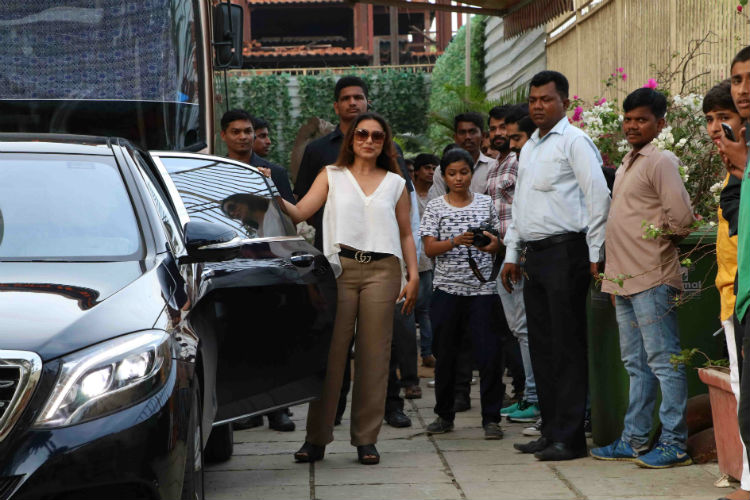 But now, we have seen a major transformation. So, she wore a navy blue jumpsuit for the airport last night. She looked perfect in her sexy yet comfortable outfit. 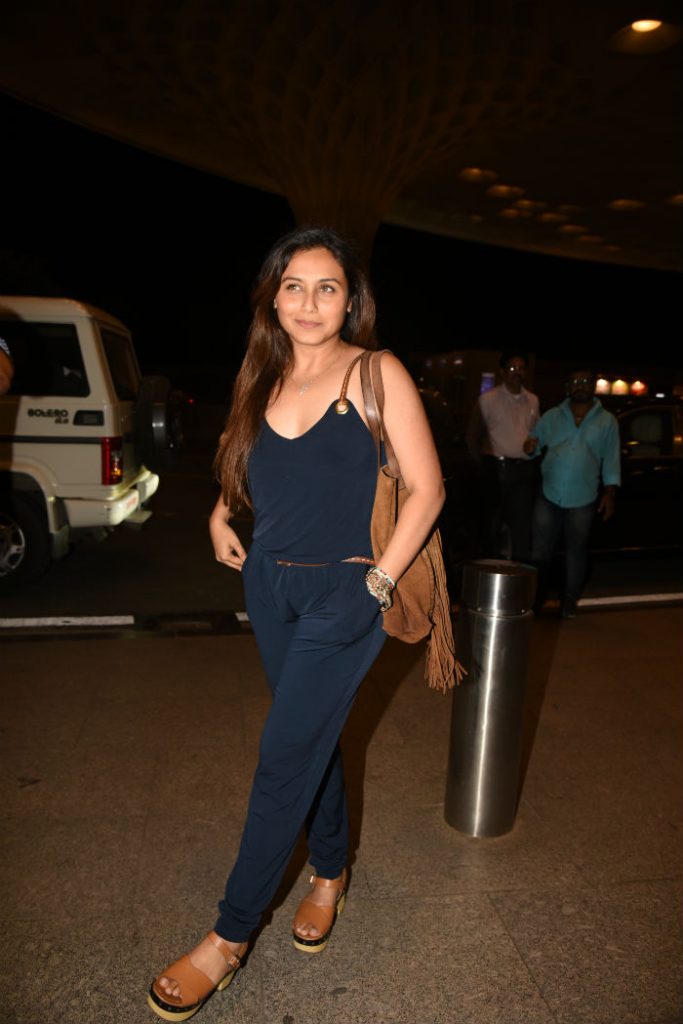 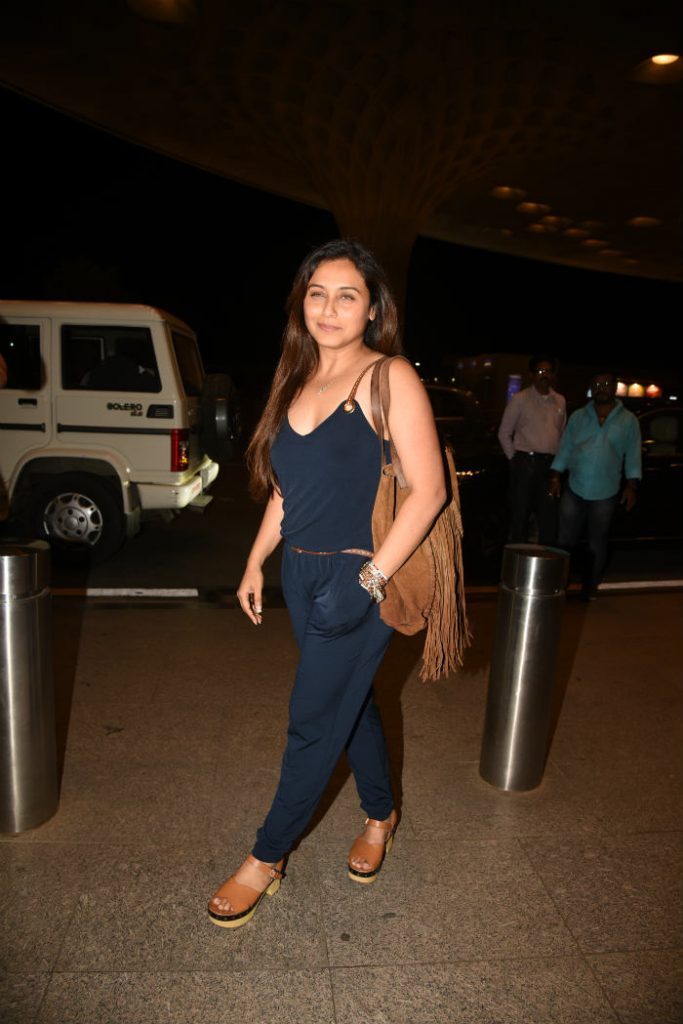 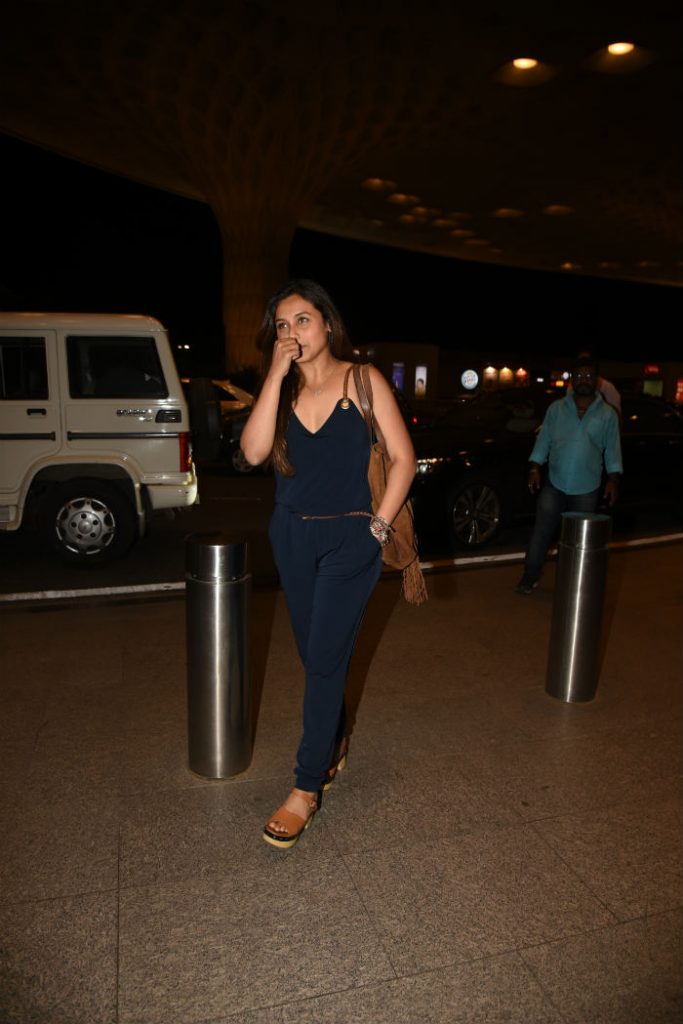 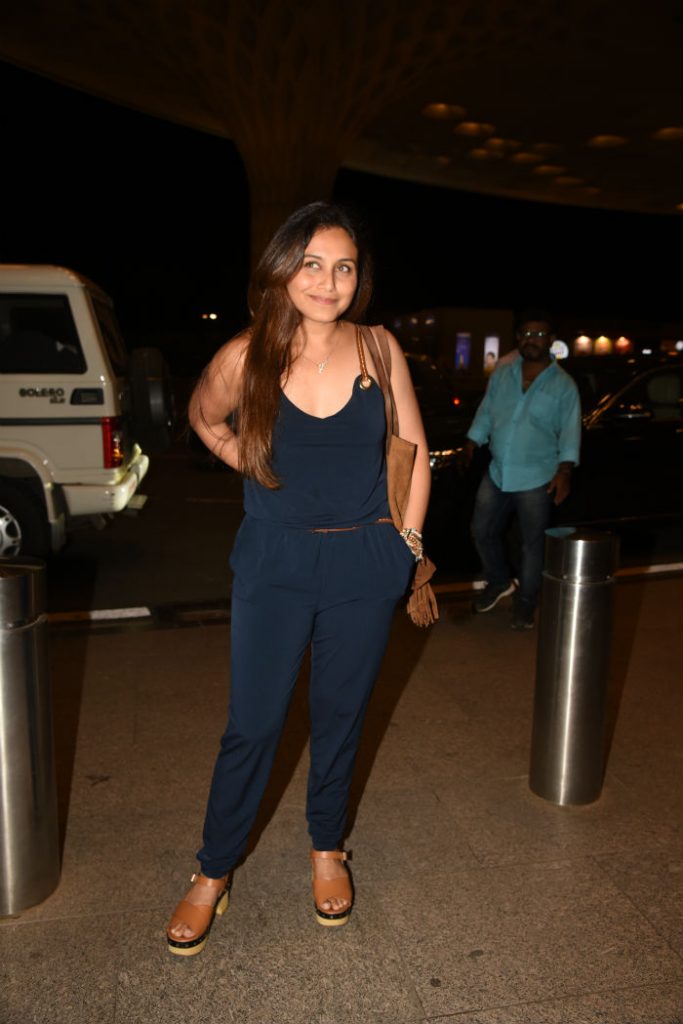 Rani was last seen in 2014 film Mardaani, in which she played a cop and now she is making her comeback with Hichki. It is about a woman who turns her biggest weakness into her strength. Hichki is a positive and inspiring story.