The two handsome hunks of the Bollywood industry Ranveer Singh and Tiger Shroff nearly sweat out every day in the gym to impress their fans. The actors are leaving no stone unturned to get a perfectly sculpted body. We all know how both are fitness freaks. Both Ranveer and Tiger love to work under a rigorous and an exhaustive regime. In a facebook poll, we decided to ask whose body did fans love the most and the result was quite surprising.

Their workout routines are different. Ranveer believes in working out in the gym and puts great emphasis on lifting heavy weights and High-Intensity Training (HIT). Tiger Shroff also works out in the gym but his love for sports and acrobatics puts him at a far superior stage than his contemporaries. A lot of free hand training and ability to perform his own stunts, that is what defines Tiger Shroff. Recently, Tiger and Ranveer shared a picture on their respective accounts wherein they flaunted their own bodies. 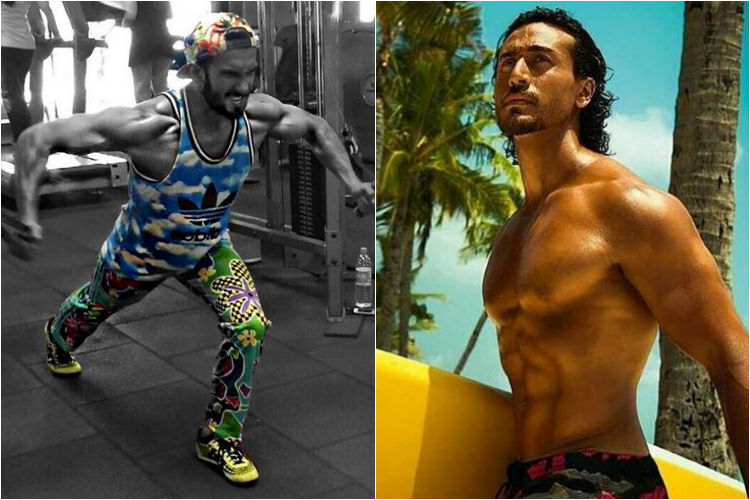 During our facebook poll, fans poured in a lot of votes in favour of both the actors. Initially, it was a close contest between the two with people giving an almost equal number of votes to both the actors. However, the end result was different and one of the actors won by a clear big margin. 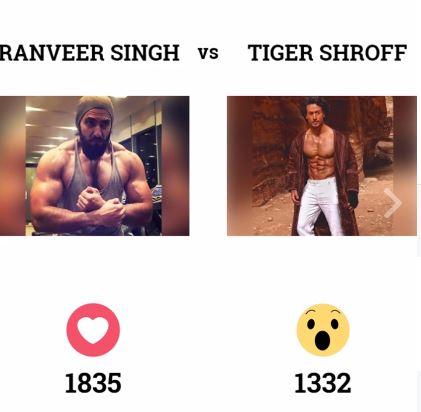 Tiger Shroff has recently released the first look poster of his upcoming Sajid Nadiadwala film Baaghi 2. The poster looks intense and the actor is flaunting his chiseled body. As far as Ranveer Singh is concerned, he is sweating out in the gym for his upcoming magnum opus historical period drama Padmavati. The movie will also feature Shahid Kapoor and Deepika Padukone in lead roles.