Bollywood ultimate Fashionista Sonam Kapoor is known for carrying every dress with the panache and grace. On Thursday, she again turned all heads at the launch of premium liquor brand Chandon’s party anthem ‘The Party Starter’. Here she lit up the stage alongside Anushka Manchanda and had gone braless to don a black frilly jumpsuit by Russian fashion house Rasario Atelier.

It can be said that the two divas shock the party and Chandon has made a perfect choice by choosing them for the purpose.  Styled by her sister Rhea Kapoor, she chose to go with a cropped black jumpsuit with dramatic ruffles around the neckline. The dress looks really beautiful and bold. In the black-and-white photographs of her Instagram feed, Sonam looks fabulous. Though she looked gorgeous, we find her little uncomfortable in the dress. 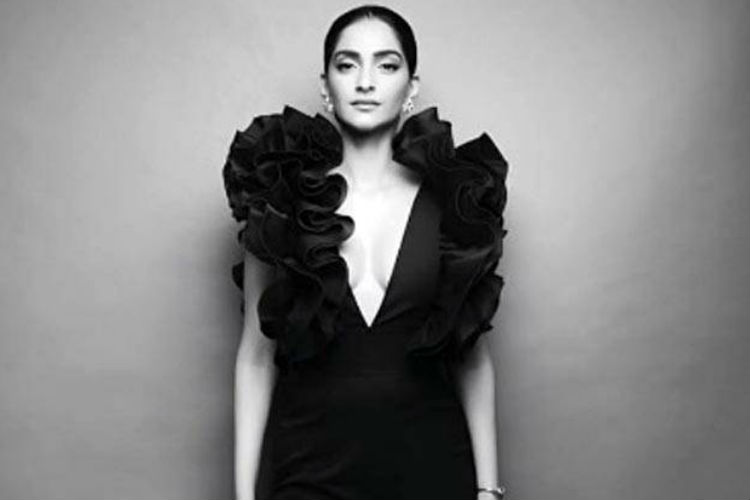 To complete the look, she opted for Christian Louboutin and Farah Khan Ali accessories. Her hair was neatly done up in a bun, and she stepped into a pair of black pumps. Can be defined as the braless, bold and gracious, the look again left all her critics speechless and proved that her fashion game is a league apart. Earlier, the diva hit the headlines for her latest Women’s Day cover. The magazine reported the actress speaking about how she has always lived the way she wanted, and that every woman should do the same. 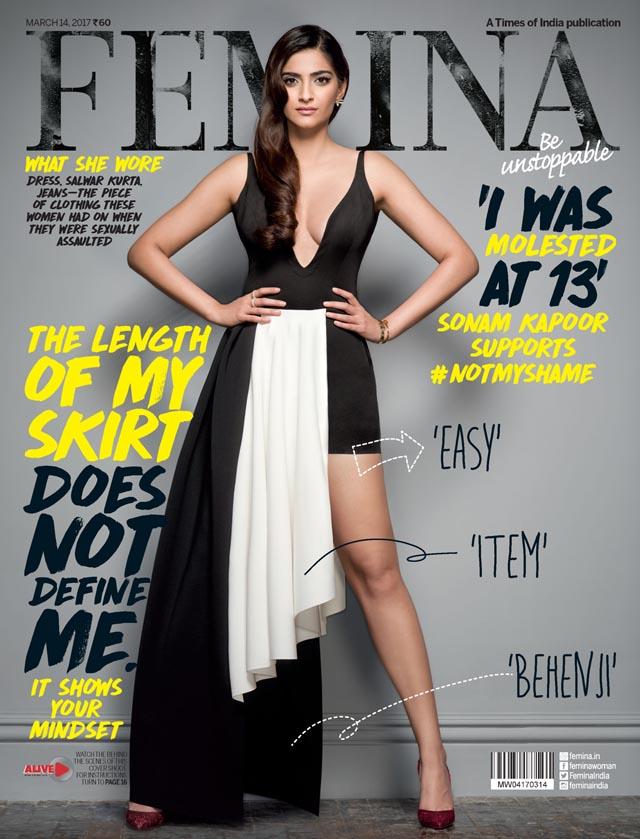 While interacting with the magazine, she also opened up about having been molested as a teenager and how that incident has made her a stronger woman today.

The actress, who is known for speaking her mind will be seen next in her sister’s home production “Veere Di Wedding” alongside Kareena Kapoor Khan and Swara Bhaskar and R Balki’s next with Akshay Kumar.

Here is the video of the newly launched anthem: