The second day of Jaipur Literature Festival began with a ‘Suspected Poetry’ with Gulzar in conversation with Pawan R. Verma, which lyrically thrilled the audience. “ Everyone suspects there is a hidden feeling behind every expressed feeling . . . . Poems don’t attack. They don’t bite, they only bark. Itna to haqq hai,” he recited to an ecstatic audience. 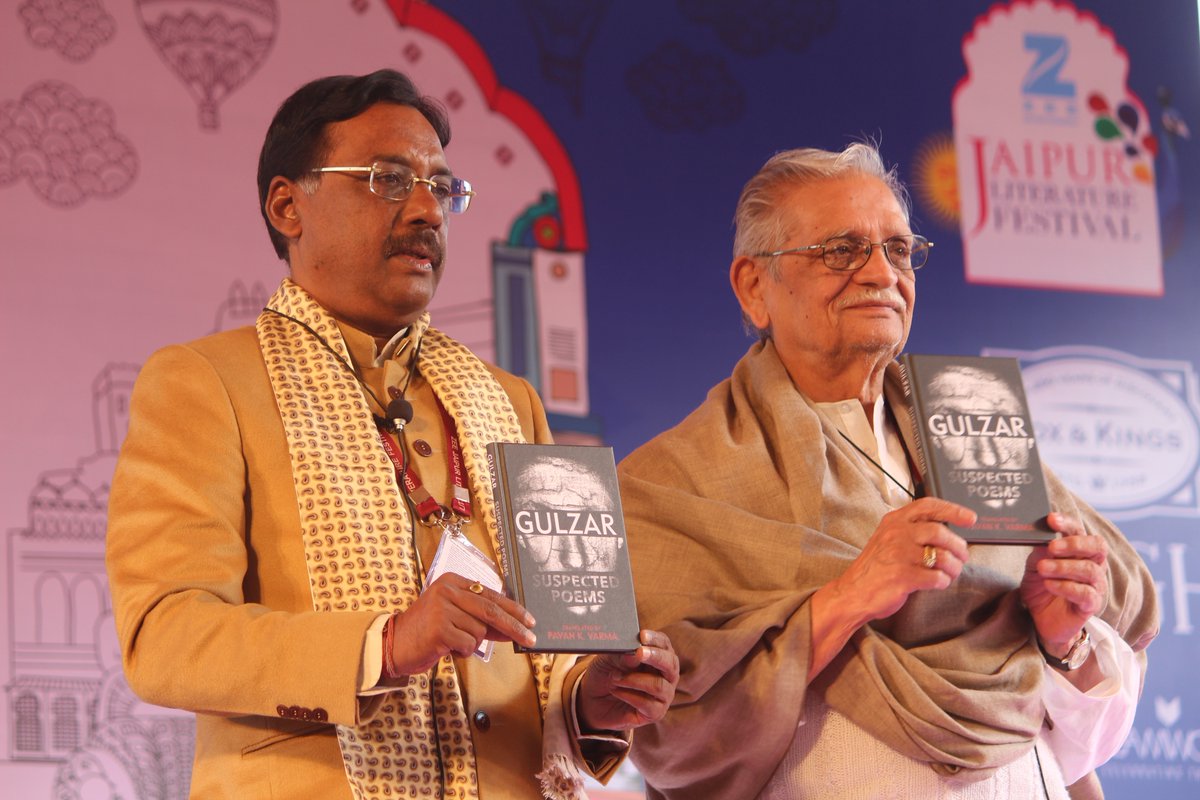 The session ran parallel to another fascinating talk on the poems of Allen Ginsberg and the Beat Generation hosted by Anne Waldman. Waldman ardently lead the choir in a recitation of Allen’s poems. She emphasized on self-expression and rejection of conventional society in the process. “When the world trade center went down in 9/11, people looked at Allen’s poem ‘Moloch’ as a prophecy. Allen saw me as a link to the younger generation and he was starting to open up to more women being part of the beat generation,” she iterated.

In a session titled ‘Kohinoor’ on William Dalrymple’s latest book of the same name, Anita Anand and William Dalrymple were introduced by Swapan Dasgupta.  Dalrymple stated, “The more work we’ve done on the Kohinoor, the less certain becomes it’s history: a prized possession claimed by 5 governments.” While Anand added, “Kohinoor actually came to England before the 1950s. Dilip Singh, son of Ranjit Singh, was invited by Queen Victoria and when he saw the diamond, it didn’t look anything like when it belonged to the Sikh Kingdom. It is, after all, a heartbreaking story.” 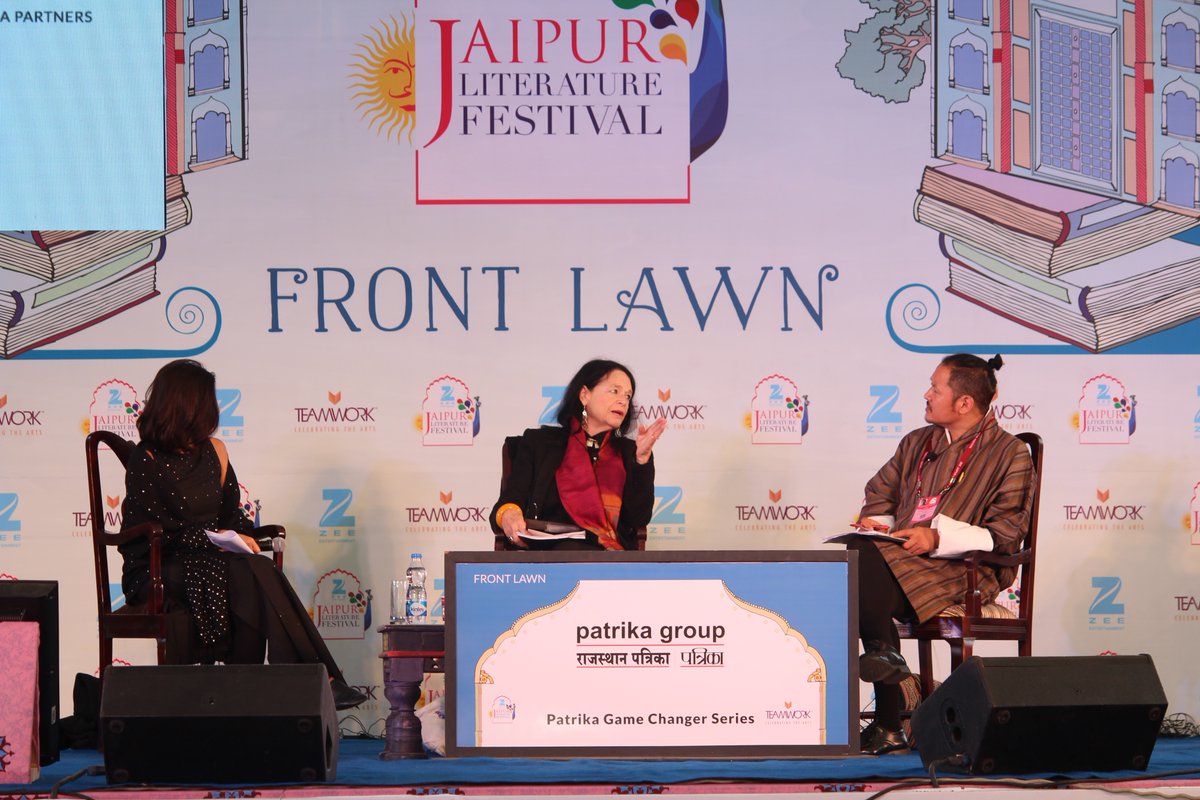 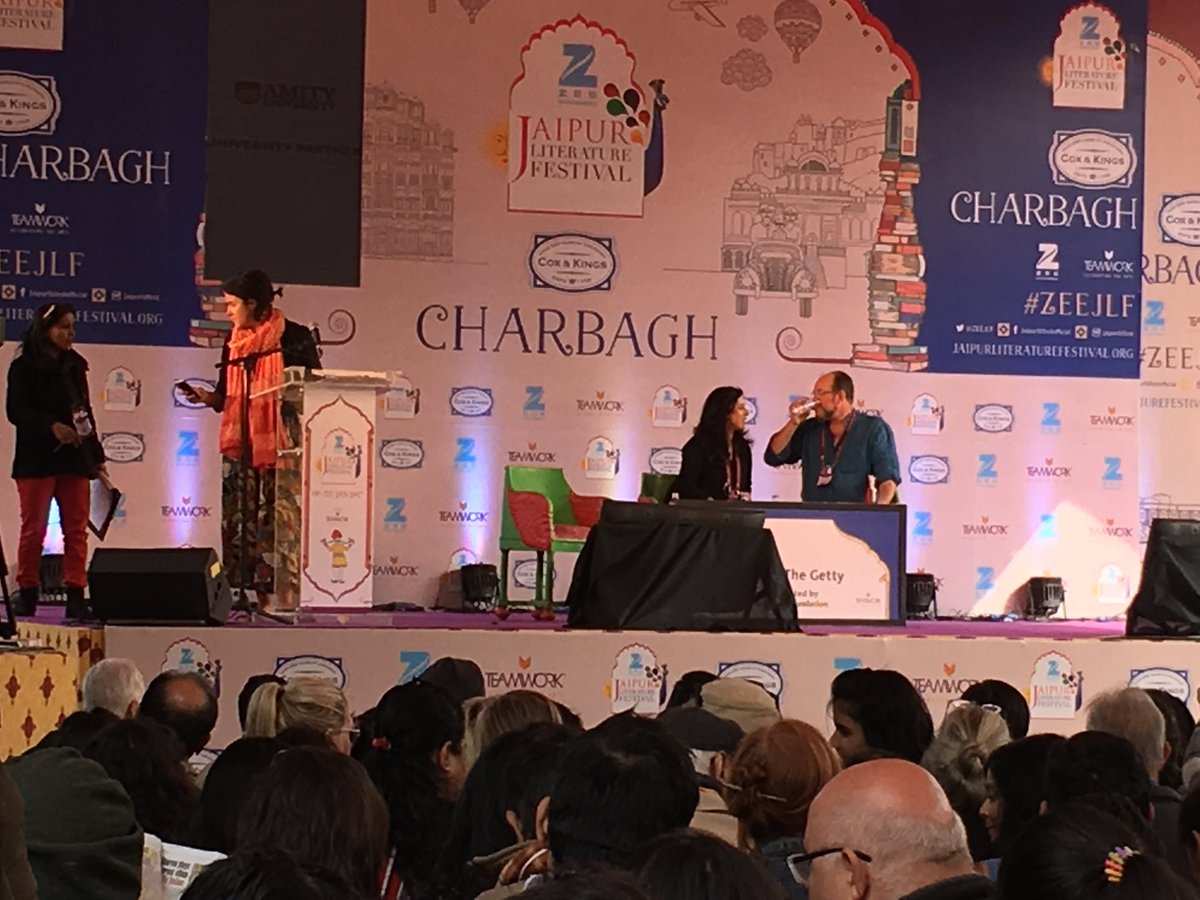 The afternoon climactic session of the day, ‘The Tamil Story’,  included stalwarts of south Indian literature Perumal Murugan, Imayam and Kannan Sundaram with translator Subhashree Krishnaswamy. The chat delved the audience into an exploration of translated Tamil literature, the rise of regional literature and the prevalent trend of writing short stories in Tamil language. Kannan spoke, “Even as we look at the international trends, novels are doing better than the short stories. The same trends apply to Tamil literature”. While Subha validated, “Being a translator myself, I can say that though Tamil is a great classic language, short stories as a concept has been borrowed from the West.”