One such person is Arunava Sinha who is a notable translator of Bengali literature. He has translated over 30 works of Bengali fiction, winning Crossword Translation Award twice and was shortlisted for Independent Foreign Fiction prize for Chowringhee. At the launch of The Book of Dhaka: City in Short Fiction, one of the ‘city in short fiction’ series following The Book of Tokyo, The Book of Gaza and The Book of Khartoum, Arunava talked about how different Dhaka is from Kolkata, how the former’s literary history is deeply intertwined with the 1971 war and why fiction in Bengali sells way more than fiction in English.

Here is an excerpt of his interview with us and his conversation with graphic novelist Vishwajyoti Ghosh:

What were the criteria for selecting stories for The Book of Dhaka?
We wanted to include different aspects of the country. We wanted to bring in a sense of history pre-1971, bring geographical and cultural elements. The collection is meant for a global audience. Dhaka, being a relatively young city, the sense of history among the people is quite strong. The whole population has some or the other story to tell about the 1971 Liberation War. So, the stories are sorted by a sense of antipathy. We also wanted the physical problem of Dhaka symbolised in the collection.

What sort of problems?
Nobody wants to get out of Dhaka and go elsewhere in Bangladesh, you know. People have no choice with there being no guaranteed employment. Unlike in India, everyone works in Bangladesh. The garment industry is huge there, with young women being the ones into the operations. The work not only makes them feel like they’re the breadwinners of their family, but they also feel self-liberated, that they are the owner of their fate. Many people who have left Dhaka for places like Italy and France have now come back with Western accents on their tongue. So there is definitely a conflict of wanting to get out of the country but being unable to.

And what things do the stories not cover?
Food is a big part of an average Bangladeshi’s life, but with the stories being mostly about lower-middle-class people, the food didn’t seem as important. And when it comes to love, there is no kind of middle-class struggle that you see here in India. Dhaka University is a whole other love ground. It does feature in pop fiction, of course, but not otherwise. But now what is changing is that Bangladeshis are becoming more religious in their everyday lives, not in terms of them donning burqas, but more so in their dialect and behaviour.

How popular is fiction in Dhaka?
Quite. Writers are comparably rich in Bangladesh, with the publishers, too, producing and selling good quality of fiction. I think it’s because people there start reading from a very young age. Plus because Bangladesh is a relatively new country, the young people don’t have a lot of literary history to read through. An average writer, who even if writes two books every year in Bangla, can sell up to 3,00,000 copies every year. It’s a great time to be a writer in Bangladesh.

So the writers must feel they’re important?
Writers feel that their writing is extremely up the game. You know, language is an integral part of everybody’s life there. The language was the uniting factor that played its role in the country’s birth. Even though everybody has a distinct sense of identity, it is the language and its history is what makes the literature coming out of Bangladesh about heroism. Though that is now gradually shifting away.

What difference do you find in fiction based on Kolkata that on Dhaka?
Kolkata, being an older city, people are less bothered about the city per se in their fiction. So they’ll find stories a bit removed from the city perspective as they’re not so self-conscious about their city. I suspect that people in Dhaka are still a bit self-conscious about their city and it is very much on the top of the mind of the writers, though not in an overt way, I sense the city coming more strongly there.

How different or similar is translating Bengali from West Bengal and that in Bangladesh?
It depends. There are differences in vocabulary and in dialects the way the words are used is different, and then there are cultural and historical references because of which I sometimes find myself a little bit of removed. I was born and brought up in Calcutta, I’ve lived there throughout, so I’m fairly familiar with the cultural and political environment. But that’s not the case with me across the border, so I need to be a bit careful while translating. 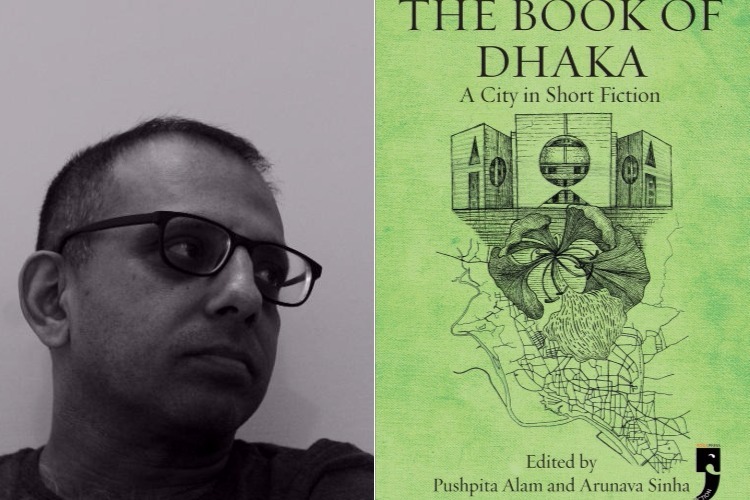 So, you’ve translated 1 short story in The Book Of Dhaka. What challenges do you face while translating a short story into English and a novel?
It’s more or less the same. You’re working very closely with the text so the method is the same. Whether the text runs for 10 pages or for 300 pages, it makes no difference.

What do you think is the state of translation in Bangladesh?
It’s picking up. In Bangladesh, there are not many translators from Bangla into English yet, that’s why the Dhaka Translation Center was set up. With the number of emerging translators just beginning to practice their trait, I’m quite confident that in another 5 years or so there will be some really top-class translators. Though there are a couple of good ones who don’t live in the country but whom we have used for The Library of Bangladesh project.

And in India? Are you happy with the space translation is in here?
It had a better space a few years ago. It’s shrinking a bit now. But this shrinkage is being faced by literary fiction as a whole. And well, it’s only literary fiction of non-English languages that gets translated into English. So it’s problematic.

That said, how important do you think are literary prizes in that context, as you have won the Crossword Translation award twice?
They are helpful but they sort have stopped making an impact because not many people seem to care about them now. An international prize like the Man Booker Prize has certainly more impact, but the literary awards in India frankly just don’t.

Do you plan to create fiction as well? Or are you content with translating?
No plans as such. There is enough and rather more left to translate so I’ll be concentrating there.