The British novelist, short-story writer and screenwriter of Japanese origin, Kazuo Ishiguro, was awarded the 2017 Nobel Prize in Literature on October 5. The Swedish Academy bestowed the honour on the 63-year-old author describing his novels as “great emotional force” which “uncovered the abyss beneath the illusory sense of connection with the world”.

Born in 1954 in Japan’s Nagasaki, Ishiguro has become one of the most celebrated British writers of contemporary fiction and has received four Man Booker Prize nominations, winning one. The Times newspaper ranked him 32nd on their list of 50 greatest British writers post-World War II. Kazuo Ishiguro sets his books in the past with genres that range from futuristic, sci-fi, surrealistic to post-colonial. Known for his masterful prose, Ishiguro makes his characters deal with issues of their past, often ending the novel without any sense of resolution.

Take a look at the 7 novels he has written in the period of over 30 years:

Ishiguro’s first novel, A Pale View of Hills was published in 1982 and went on to win the Winifred Holtby Memorial Prize the same year. The novel narrates the story of a Japanese woman living alone in England as she deals with the suicide of her oldest daughter and attempts to recount her past when she was living in Nagasaki during World War II. 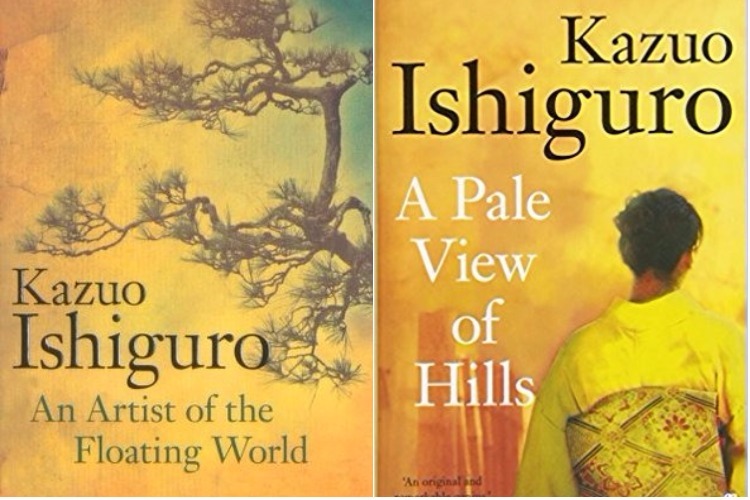 2. An Artist of the Floating World

Set in post World War II Japan, the novel tells the story of an ageing propagandist painter who has lost both his wife and son and has to deal with the changing environment of his country as it is forced to shed imperialism. The novel won the coveted 1986 Whitbread Book of the Year award and was shortlisted for the Booker prize as well.

3. The Remains of the Day

The 1989 Man Booker Prize-winning novel is a tale of an elderly butler who travels the English countryside on his employer’s motor and recalls his life in the form of a diary as well as his personal relationship with a former housekeeper. The novel was adapted into an Oscar-nominated movie of the same name starring Anthony Hopkins and Emma Thompson. 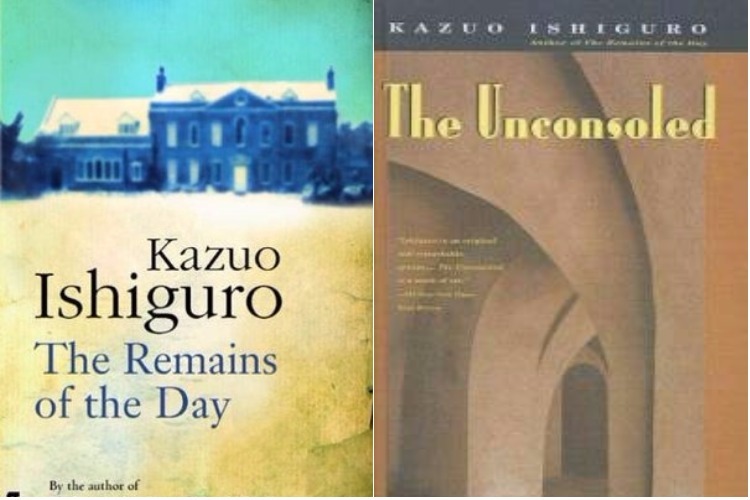 Ishiguro’s fourth novel details the life of a pianist who arrives in a Central European city he cannot identify for a concert he does not remember agreeing to give. Though the novel initially opened to negative reviews, it was eventually voted the third best British novel from 1980 to 2005.

5. When We Were Orphans

Shortlisted for the 2000 Man Booker Prize, the novel narrates the story of an English boy born in early-twentieth-century Shanghai who is orphaned at age nine when his mother and father both vanish under suspicious circumstances. Sent to live in England, he grows up to become a renowned detective and 20 years later, returns to Shanghai in the midst of the Sino-Japanese War.

The 2005 dystopian science fiction novel centres on the life of Kathy who confronts her past she spent in a school which was removed from the outside world. The novel deals with the themes of disease, social alienation and cloning. It was adapted into a 2010 romantic drama of the same name starring Andrew Garfield, Carey Mulligan and Kiera Knightly. 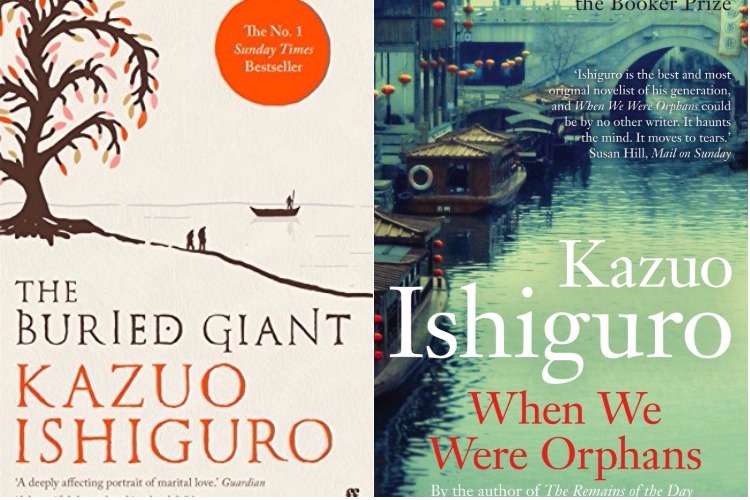 Ishiguro’s latest novel in nearly a decade is a fable of an elderly couple’s quest for memory. The surrealist adventure is set in the post-Arthurian England deals with the themes of memory and forgetting, love and ageing and war and peace.