Indian writing in English has come a long way over the decades. From being populated with dreary upper-class stories that were mostly just read by people who owned Contessas and Benz, Indian fiction in the 21st century opened its doors to other genres, whether it be pop, rom-com or experimental. Yet, there are very few Indian writers who are able to write good fiction in English. And there are even fewer writers who can write thrillers that match the standards – pace, plot, and pitch – of novels coming out of the West. One such writer is Ashwin Sanghi.

Ashwin Sanghi came into the field when he self-published his first novel The Rozabal Line under the anagram Shawn Haigins. The book was republished by a prominent publisher and went on to becoming picks of several publications for its eery similarity to the 2008 Mumbai attacks. Ashwin gained prominence with the release of Chanakya’s Chant as the book not only became a bestseller but also fetched the Crossword Popular Choice Award.

Over the years, Sanghi’s fiction has numerous times been compared to that of Dan Brown. Here we list down why:

1. Fascination with Indian history and mythology

Dan Brown is known to explore the crevices of European history with his painstakingly detailed research that suck in the reader from the first page. Sanghi’s novels too dive into historical and mythological details but largely in an Indian context. Whether it’s charting Chanakya’s strategies to put Chandragupta Maurya on the throne in Chanakya’s Chant or finding Krishna’s most prized possession in Mount Kailash in The Krishna Key, Sanghi doesn’t just provide a historical background in his novels but plays with the popular history to create an enthralling plot. 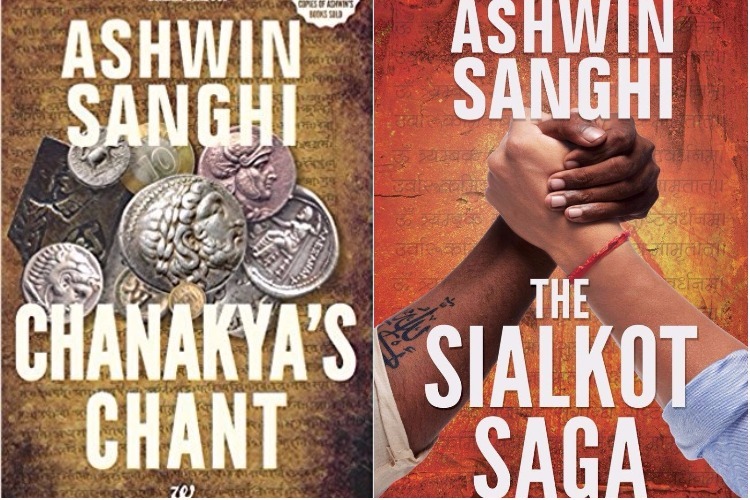 When The Da Vinci Code was released, it created both fascination and uproar for suggesting that the Holy Grail may be Mary Magdalene and she may just have been buried inside The Louvre in Paris. However, several historians discarded that notion saying it not to be true. Similarly, Sanghi too makes the reader believes about the origin of religions in The Rozabal Line and gives such a plethora of information about the Mahabharata in The Krishna Key that you’re left wide-mouthed and gasping for breath as the popular beliefs get shattered. But, perhaps, that is not so. Even though Sanghi’s research is towering, it is the element of imagination, assumption and postulates that make his fiction almost believable.

Sanghi’s novels in the Bharath series are not just basic page-turners, but also dabble with politics and are singed with a cerebral thrill. In The Sialkot Saga, he depicts how the animosity between businessmen turns sinister in the days leading to Partition. In Chanakya’s Chant, he characterises Chanakya to be an invincible man avenging his father’s death by bringing the downfall of the king of Magadh. 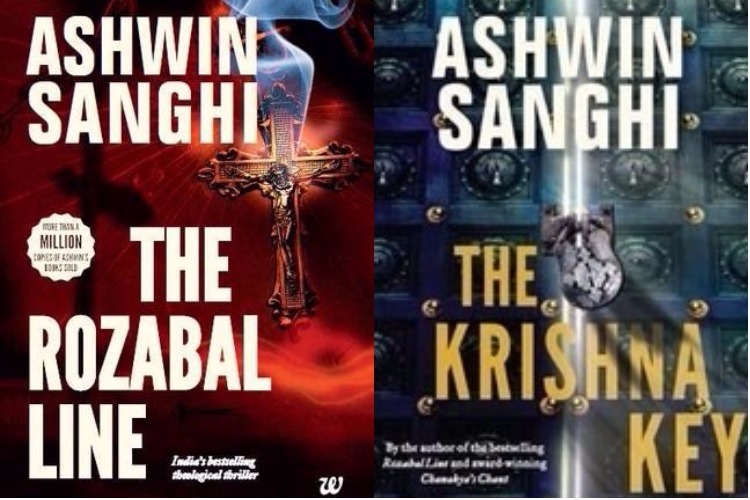 Dan Brown’s books are unputdownable owing to the pace at which the plot unfolds. And so goes for Ashwin Sanghi. The narration in The Rozabal Line gives the reader space to breathe even though the pace is steadfast and the plot expansive, covering everything from the lost tribes of Israel to Jesus’ union with Mary Magdalene. The Krishna Key too gives an adrenaline rush however the overload of information may exhaust a few.

Like how Brown’s The Lost Symbol and Digital Fortress build up the plot that ends on an incredible high, Sanghi’s The Krishna Key too enwraps all that has unfolded about the Mahabharata on the middle chapters and gives a thrilling conclusion to the journey. The Sialkot Saga encompasses the country’s political history in only a few pages and we meet tall political figures of Rajiv Gandhi, Narasimha Rao, Atal Bihari Vajpayee and Narendra Modi culminating into a climax towards the epilogue that is considered to be the best part of the book.