In a country where a book is declared a bestseller if it sells mere 5,000 copies, Durjoy Datta has established himself as one of the most widely read authors. His books, which have become a rage with teenagers and college-goers, often revolve around college life, romances, and heartbreaks.

Durjoy Datta graduated from Delhi College of Engineering (now DTU) and went onto pursue post-graduation from MDI, Gurgaon. He wrote his first novel while he was still in college and it went onto become a bestseller upon its release. He quit his job in 2011 to become a full-time writer and has since authored several young adult and romance novels, all of which turned out to be bestsellers.

Durjoy Dutta’s characters are quite relatable in the sense that they evoke a reservoir of emotions of the reader’s romantic side. His novels aren’t always fairy tale romances, but the characters – both men and women – stay with you long after you’ve turned the last page.

Here we take a look at 5 such female characters who are not only memorable but carry a certain oomph around them, making the reader’s tongue wag: 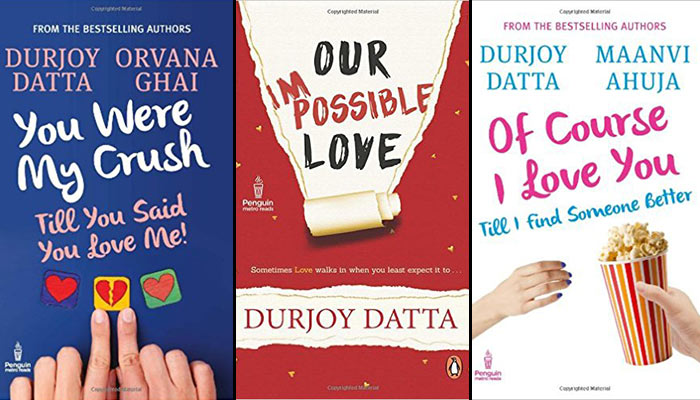 Avantika – Of Course I Love You..!…Till I Find Someone Better

Of Course I Love You is Durjoy Dutta’s debut novel and revolves around the life of Debashish Roy – an engineering student who loves to party is careless about his studies and beds many women. But his life turns upside down when he first encounters Avantika. Avantika is an absolutely gorgeous, independent and confident woman who woos Debashish at the first sight. She is an elusive, reformed drug addict who has kissed more men than Deb can ever think of. She is like one of those high shots in college who is unapproachable to most men. This not only makes her look like a gothic diva but also incredibly sexy from a distance.

Shaina – You Were My Crush!…Till You Said You Love Me

Durjoy Dutta dabbles in the expanse of unrequited love. Towards the middle of the novel, we meet Shaina – a smart, cute, princess kind of girl who belongs from a middle-class family. She is the crush of the protagonist, Benoy. There is a chapter in the novel which described a rainy day like none other, and there is Shaina, wearing all white, dripping in the rain and essentially rendering useless the purpose of being clothed. And like in an essential Bollywood romance, Benoy and Shaina kiss. 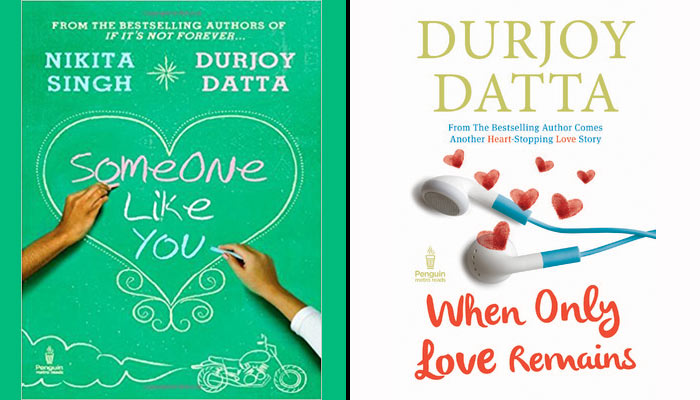 Avanti – When Only Love Remains

With this book, Durjoy Datta came closest to being Nicholas Sparks. The book is about the love that blossoms between a singer and an air hostess and the tragedy that follows soon. Avanti is an air hostess and like most of the female flight attendants, she has class and mannerisms that set her apart from any other woman Devrat has met. She is smart, beautiful, attractive and more intelligent than the rest of her peers. One of her prominent characteristics is the habit of cyber-stalking (not quite that unique in the contemporary times) which shows how crazily in love she is with the protagonist.

Co-authored with Nikita Singh, Somone Like You was Durjoy Datta’s ninth novel and was his first book written from a female character’s perspective. It even debuted at the 5th position in Hindustan Times Bestseller list. The protagonist, Niharika, is an ugly duckling who, with the help of her sister, goes onto transform into a swan. She becomes so incredibly beautiful that all the boys in her new college wander around her like a swarm of bees. She makes a new friend Pia who is so hot that ‘she could even turn on a blind man’.