Sonam Kapoor certainly made hearts skip a beat with her gorgeous looks at the Cannes 2017 Film Festival. Her beautiful gowns and breathtaking makeup made sure to set the temperature soaring high. We have already spoken about her trendsetting prismatic saree and then that golden gown, but still haven’t checked her refreshingly gorgeous makeup. So, here we will tell you about her elegant makeup.

It seems like Sonam Kapoor trusts designer Elie Saab when it comes to her Cannes red carpet appearances. This time also, the actress chose to go for her favourite designer and wore a pink custom-made Elie Saab haute couture and paired the attired with custom made earrings and haathphool by Kalyan Jewellers. For her hairstyle, Sonam Kapoor chose to go for a low messy bun and went fro rose tints for her makeup. Here’s the decoded look: 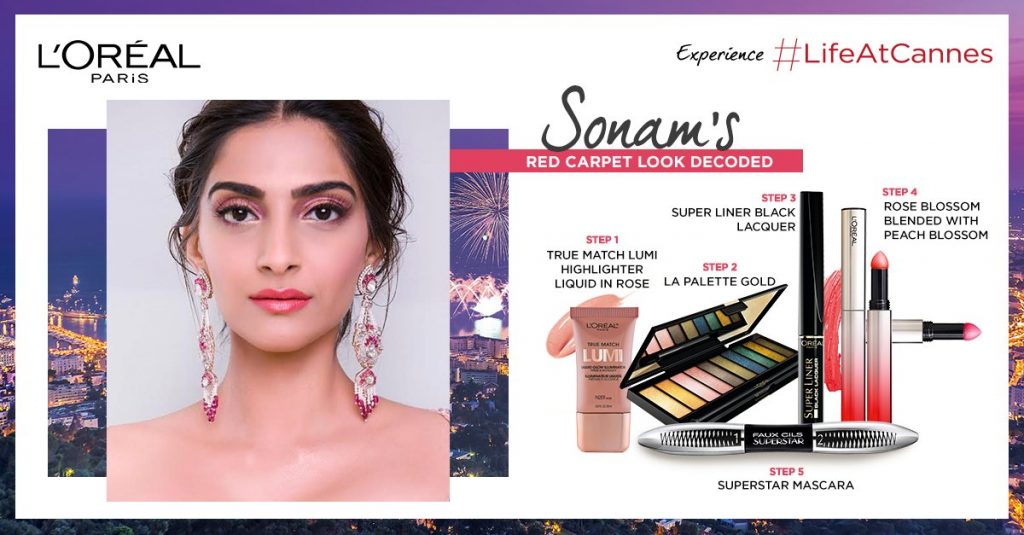 For her second red carpet appearance, Sonam Kapoor opted for an elegant shimmery golden gown from Elie Saab and looked like a million bucks as she walked in with a bright smile on her face. Sonam left her hair open with a middle parting and accessorised her look with diamond rings and earrings from Chopard. For makeup, the actress went for smokey eyes with a lot of glittering gold and balanced it out with nude lips. Here’s the decoded look: 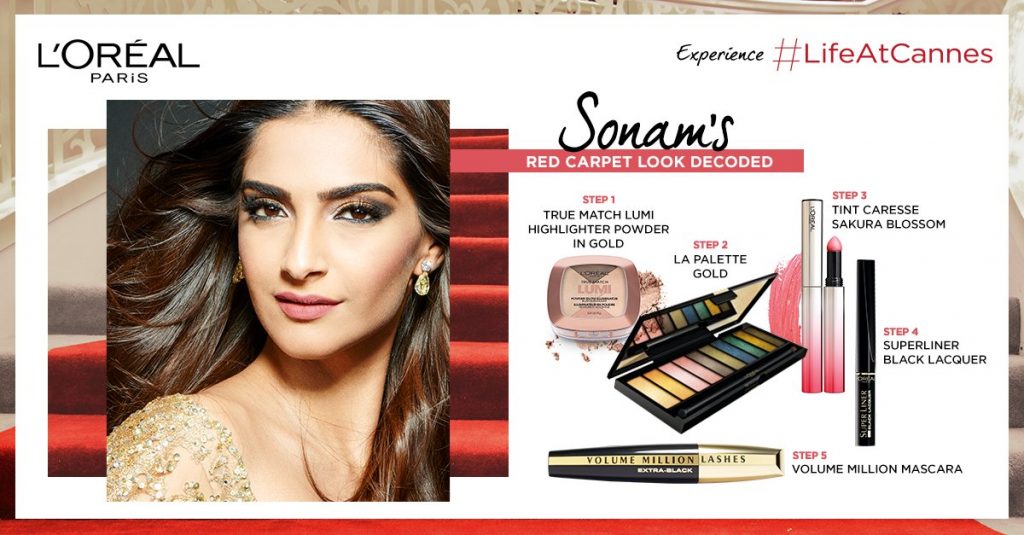 Sonam Kapoor chose to go for a bright mint colour for her third appearance from The House Of Masaba. The actress wore a mint neoprene tulip embroidered jacket with crop pants and one shoulder crop top, which costs Rs 39,000. With hair braided perfectly from the crown area, she completed the look with kohled eyes and a bright red lipstick. To accentuate her look, Sonam wore beautiful statement earrings from Suhani Pittie which costs Rs 8,300. Here’s the decoded look: 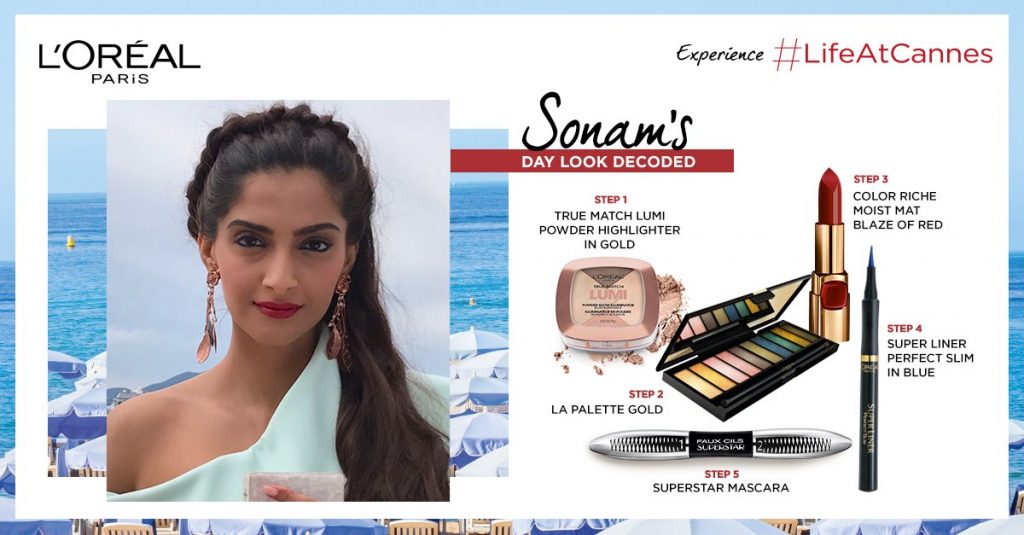 For her fifth look, Sonam Kapoor chose the Bohemian look and surprised us all. The actress wore a red and mustard attire by designer Anamika Khanna and completed the whole look with a red headscarf. Sonam went a step ahead with her makeup and chose to go for bold pink and coral with a touch of purple and to add more dimension to the look, she wore huge danglers from Apala By Sumit. Have a look:

Last, but not the least, Sonam went ahead with a super cool saree for one of her media interactions at the Cannes 2017. Sonam Kapoor wore a quirky prismatic saree by Nor Black Nor White and paired it up with a white sporty cropped blouse. With hair tied neatly in a bun, she accessorised the look with simple yet dramatic jewelry from Lynn Ban and went for soft pink shades for makeup. Have a look: