Sometimes, fashion world can go extremely weird. Remember those ‘lipdicks’, which came in fashion earlier this year. People went crazy over them and started posting pictures. Such bizarre things always make rounds on the Internet. But now, it is not ‘lipdick’ or any other cosmetic, rather it is a fashion statement or we can say a design.

It is time for a creative and artistic eyeliner trend. So, a teen decided to do some experiment by having a drawn-on penis for her eyeliners. 19-year-old Asia Brautigam, from California, came up with a hilarious way to respond such type of extreme make-up trends. 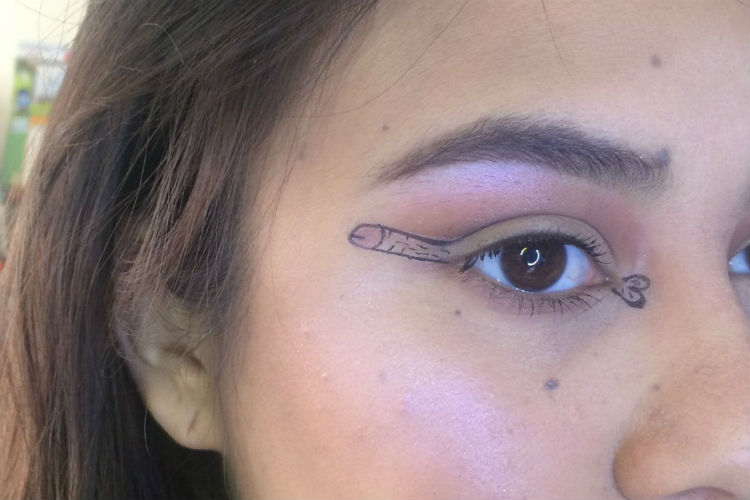 In an interview with Buzzfeed, Asia spoke about this weird trend. She said that she wanted to joke around about the creative and artistic eyeshadow looks and so she decided to draw penises on her upper lids using an eyeliner. She even shared this new look to Twitter and got real hilarious replies. Well, it has gone viral now.

ALSO READ: Here’s how you can get a flawless skin like Deepika Padukone

“Wow MUA Twitter has been so creative with their eye looks, thought I’d have my take,” she Tweeted with two pictures: 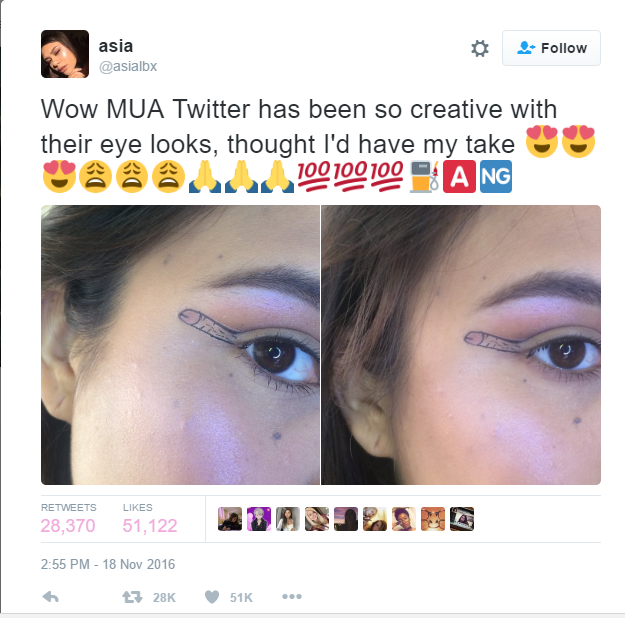 Soon people started noticing and applauded her for her clap back. Here is how Twitter reacted:

People even started copying her look and posted their pictures on social media sites.