Every girl has grand plans for her dream wedding with flowers, colours and lights, which comes straight out of Yashraj films. While for many some of these plans might not come true, here are some brides who got the ten fold of big-fat Indian wedding. We have already told you about the costliest Bollywood wedding, here are 7 most expensive South Indian wedding.

1. Brahmani Reddy and Rajeev Reddy: The mining baron and former Karnataka minister Gali Janardhana Reddy did not cut any corners to make his daughter Brahani’s wedding a dream come true. Brahmani married Rajeev Reddy, son of a Hyderabad-based businessman — Vikram Deva Reddy, last year in November at the most expensive south Indian wedding. G. J. Reddy spent Rs. 500 crore to make it a wedding to be remembered. It was certainly one of the most talked about wedding of the year. 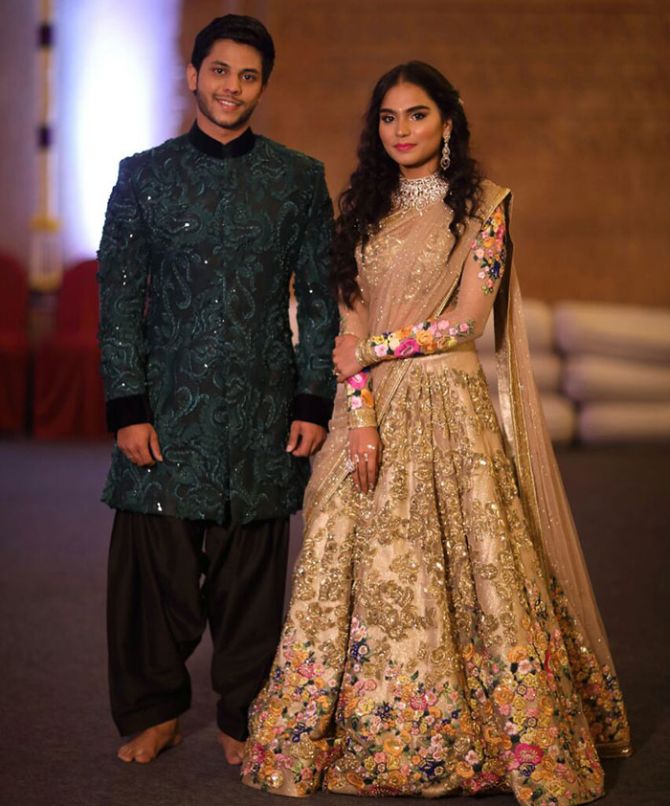 2. NTR Junior and Laksmi: Nandamuri Taraka Rama Rao Junior aka South Indian actor NTR Junior married Lakshmi Rao, daughter of famous businessman Mr. Narne Srinivas Rao, on May 5, 2011. Lakshmi Rao who also runs a well-reputed studio by the name Studio N. The whole wedding fest cost around Rs. 100 crore including Rs. 18 crore spent on Kalyana Mandap and wedding invites which cost Rs. 3000 per invite. With a special song composed by Arjun and Geetha Madhuri and sung by Chaitanya Krishna, it sure was an expensive wedding worth remembering. 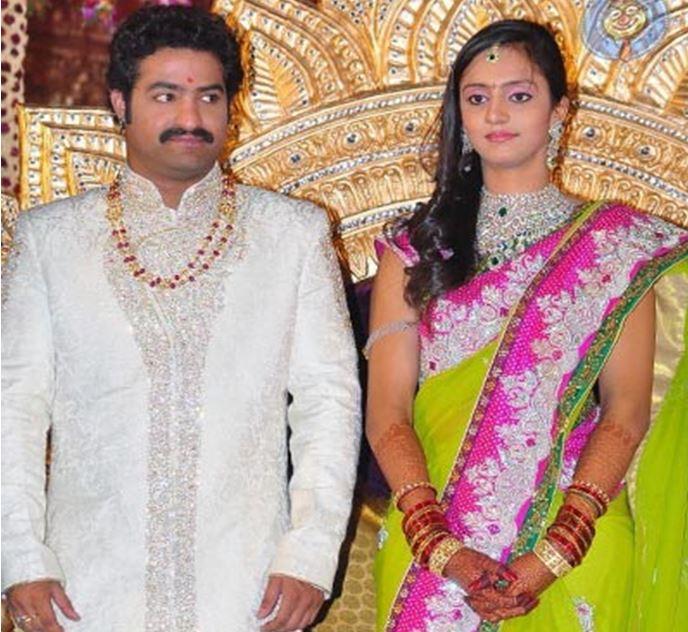 3. Allu Arjun and Sneha Reddy: Another grand South Indian wedding was of Tollywood star Allu Arjun and Sneha Reddy, daughter of prominent Telangana educationist, Kanchara Chandrasekhar Reddy. Allu and NTR Junior are said to be best friends and their wedding was a grand shindig. While NTR spent Rs. 100 crore on his wedding, Allu’s wedding cost an arm and leg and total amount spent on the wedding is said to be around Rs 90-100 crores. Allu and Sneha’s wedding invites cost Rs. 1200 each and Sneha’s Sari at engagement ceremony was worth Rs. 1 lakh. The wedding surely held couple’s expensive tastes. 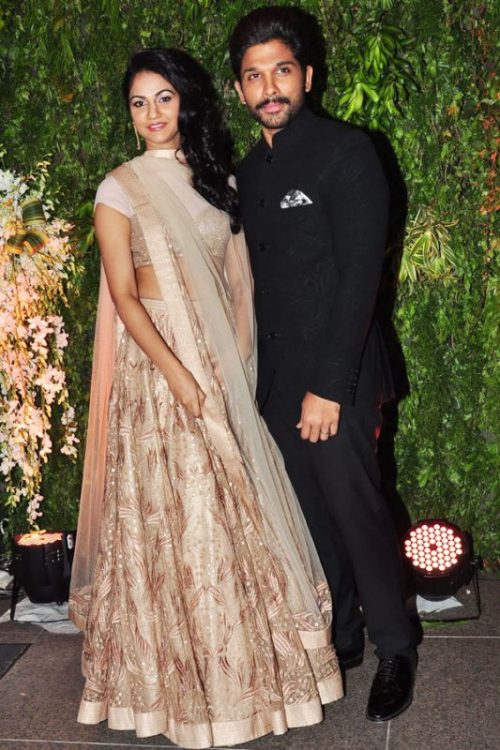 4. Ram Charan Tej & Upasana Kamineni: Ram Charan Tej, son of politician K. Chiranjeevi, married his long-time girlfriend and grand daughter of Apollo Hospital’s Chairman, Pratap C. Reddy in a glittering ceremony. The budget had to have run in crores as the celebrities like Amitabh Bachchan, Rajnikanth, Bonny Kapoor and wife, Shri Devi attended the grand celebration. The couple’s wedding card was designed by the bride’s aunt and cost Rs. 1200 each. The venue of the wedding Temple Tree resembled a grandeur opera hall with the pearl strung halls and small balconies. The couple gave grandeur a new definition. 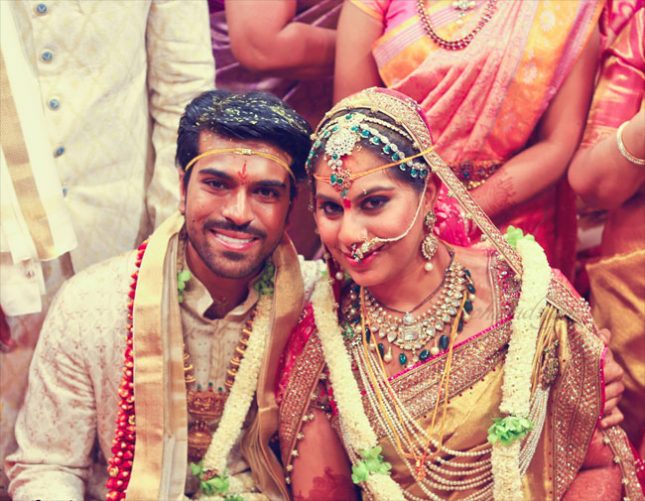 5. Dhanush and Aishwarya: The south-Indian actor and the voice behind the hit Kolaveri Di song, Dhanush married quite young to the ‘Thalaiva’s’ daughter, Aishwarya. Rajnikanth’s daughter who studied law and is a known director married Tamil Nadu Boy in a lavish wedding. Dhanush’s father too is a powerful figure in South Indian film Industry being a former director and producer. The joining of these two powerful families was a star studded for various Tollywood and B-town celebs like Amitabh Bachchan with wife Jaya, Hema Malini and others were present to see the couple join in holy matrimony. 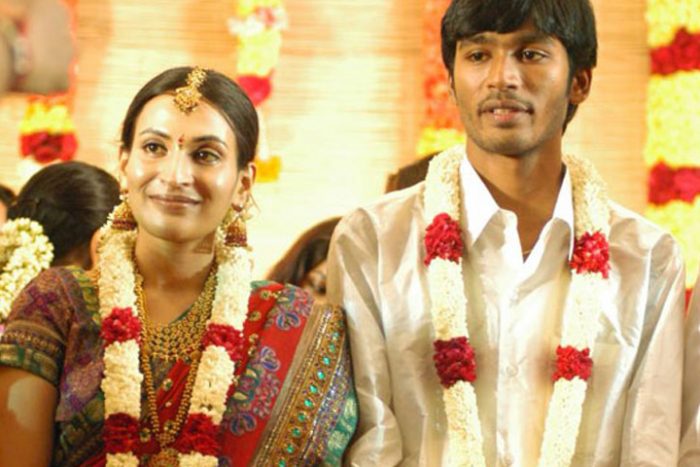 6. Surya and Jyothika: The South Indian heartthrob, Surya married actress Jyothika in a beautiful yet expensive ceremony on September 11, 2006. The couple looked coy and joyous on the occasion. The wedding costs a mint including Jyothika’s sari which cost Rs. 3 lakh and diamond necklace. Various megastars like Kamal Hassan, Dhanush and Aishwarya and others attended the wedding of these two actors. 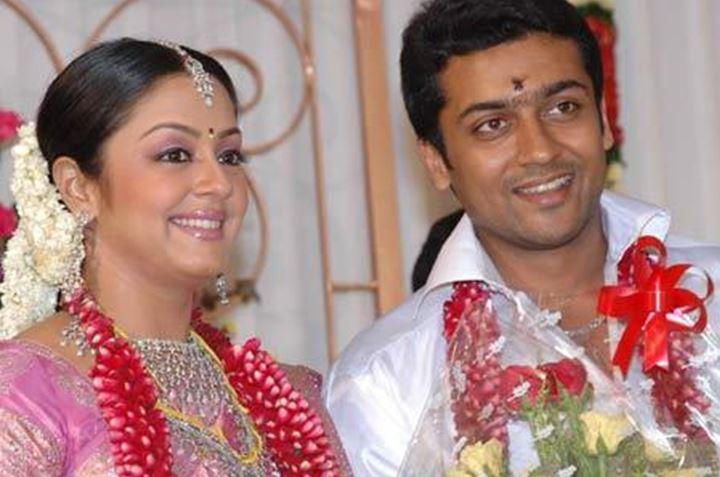 7. Sneha & Prasanna: The Kollywood actors tied the knot in a beautiful traditional wedding ceremony. It was a grand affair and the money spent on the wedding made it one of the most expensive South Indian weddings. Sneha’s 22k gold jewellery, including Todu, cost Rs. 2 lakh and her Addgai Patkam was for Rs. 6 lakh. It sure made for a golden wedding. 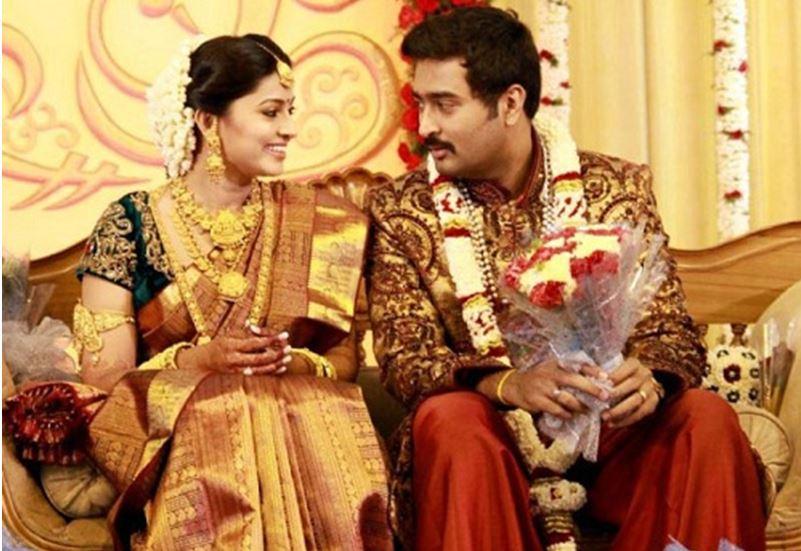